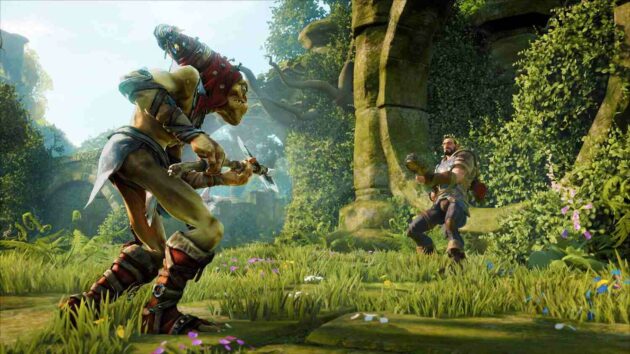 Lionhead Studios detailed the story, setting, and gameplay for its upcoming Fable Legends. A quick opening cinematic showed an opening village and some NPC characters. The trailer then went into some gameplay, which looks like really quick, really action-oriented Fable. The online co-op gameplay saw characters blending their skills to take down opponents.

But that’s not the only type of gameplay available, as players can choose to be the villain and design levels for hero’s to try their hand at. The strange ‘dungeon master’ element sounds like a new type of game that hasn’t really been tried before. The other elements that define Fable, character interaction and signature RPG trademarks, haven’t made an appearance yet.

The game is set for 2015, with a beta beginning this summer. Check out the video below to find out more about it:

Be sure to keep up with all the E3 news like Fable Legends right here at Vgamerz.

Follow us and get the latest news delivered to your timeline!
2014E3FablesGamegameplayLegendsNewtrailer
Previous ArticleSunset Overdrive arrives in StyleNext ArticleHalo E3 Coverage