Speedrunning charity event Awesome Games Done Quick 2022 concluded yesterday. The latest GDQ event managed to raise an incredible $3.4 million for the Prevent Cancer Foundation charity group. This money raised at AGDQ 2022 is a record with it being the largest total in Games Done Quick history.

Similarly, to the other recent GDQs, this event was hosted entirely online. It was broadcast on Twitch from January 9 to January 16. This is done as a preventative measure in the organization’s ongoing pledge to prevent the spread of COVID-19.

It’s no surprise that this event managed to raise so much as the quality of speedrunning on display was fantastic. In fact, three new records were broken live at the event for three different games: Kena: Bridge of Spirits, Pumpkin Jack, and Webbed. To break a world record live whilst entertaining an audience is a phenomenal feat that very few have managed.

With AGDQ 2022 raising $3.4 million the all-time total for Games Done Quick is now at $37 million. All of that money has made its way to charity. Although this event was focused on the Prevent Cancer Foundation, other GDQs have helped out all sorts of charities like Doctors Without Borders, AbleGamers, and Direct Relief.

The future of Games Done Quick 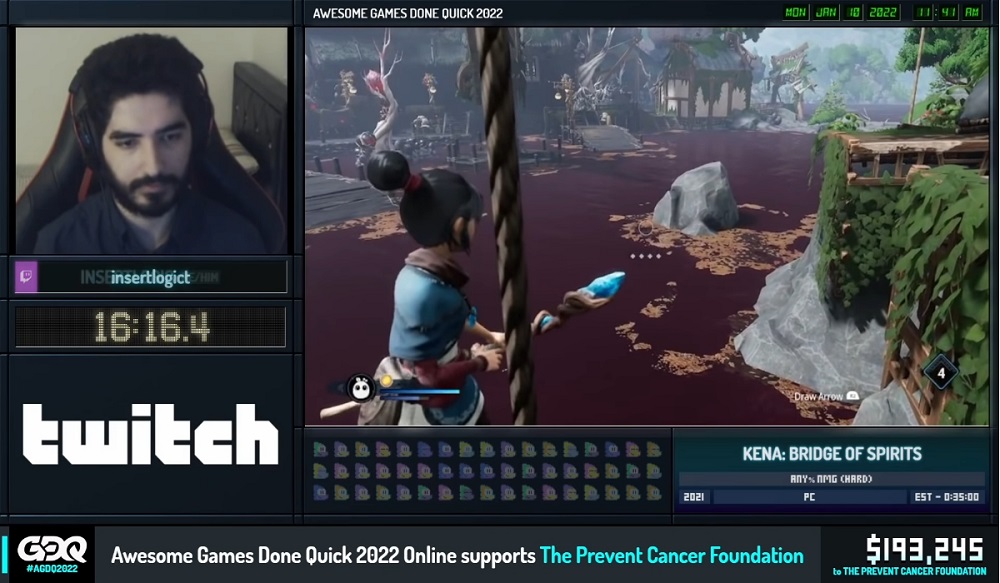 This event is by no means the last Games Done Quick event of the year. At the end of February, an all-women winter event titled Forst Fatales will be live. As usual, the goal is to raise as much money for a good cause.

And then later in the year the biggest GDQ of all, Summer Games Done Quick will arrive. You can expect plenty of records to be broken and a tonne of money to be raised. More details regarding these two events should be revealed in the future.