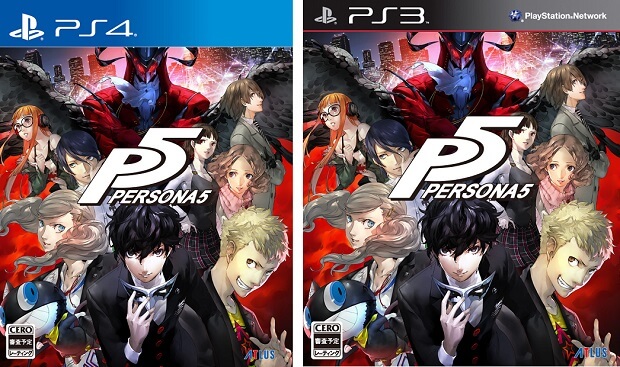 2017 just started. This generation’s consoles are finally hitting their stride for Japanese Role Playing Games or JRPGs. Due to the nature and length of these play station games, it’s no surprise that they take a while to show up. Games in this genre can be text-heavy, story-driven, world traversing, and expansive quests that steal hours away from the player. Which is a good thing! There are many niche titles coming out but for the sake of this article, I will only mention the 5 JRPGS that gamers should look forward to in 2017.

Disclaimer: The games that I will mention in this article can be found on PS4 or Vita and are scheduled to come out this year. These games are in no specific order so take the numbering with a grain of salt.

Released in Japan in September 2016 then delayed into 2017 for the rest of us Persona is my most anticipated game. This JRPGS game has garnered great reception in Japan so I’m expecting the same here. With the stylish graphics and traditional turn-based combat, this will scratch the itch that I’ve been waiting for.

Players familiar with the Persona series can anticipate the game diving deep into the psyches of the protagonists to unravel an intricate mystery. This game does not shy away from mature themes which makes it more appealing to an older audience. The setting of this game is in present-day Japan which is a departure for the series. 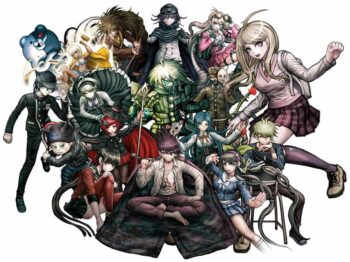 While not a JRPG this game is a hit in the making. Danganronpa got its start on the PS Vita trying to find its audience and it succeeded. This 3rd iteration will deal with a brand new cast of characters so playing the older titles is not required. But if gamers want to experience the old games they are releasing the previous titles on the PS4 this year.

This game takes a Phoenix Wright-style approach to solve cases but add in some high school drama and murder you have Danganronpa. Lead by the mascot Monokuma, the mischievous bear guides the Ultimates to their doom or salvation. 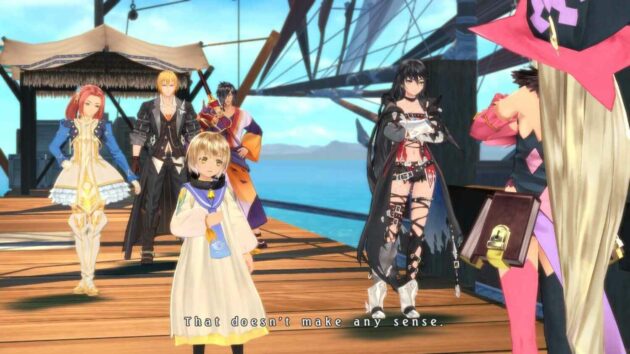 This year is the anniversary of this franchise and they are bringing it in style. While Tales of Zestria was disappointing to some long-term fans, this game promises a return to form. Already censored in the West from the opening credits, this game has a darker more mature story to tell.

This Tales game follows the adventures of Velvet as she seeks revenge for the death of her younger brother. Cursed with a demon arm that devours their souls, she will cut a bloody path across the world. She picks up some rag tag companions along the way so it will be interesting to see her growth. This game is full of all the Tales staples like anime cut scenes, cooking, skits, and comprehensive character development. This game is an exciting entry for the series.

God bless XSEED for bringing over these titles. From the initial screens, it seems as if it is coming out exclusively for the PS4 which would be a shame since I enjoyed the others on the Vita. Playing the first 2 entries will probably be a prerequisite but the game does provide a glossary to catch up with new players. The game will be released in Japan in fall 2017 so we can only hope that we will see it later this year too.

This game will continue the adventures of Rean and company as they continue to defend their country. Set a year after they graduate from the academy, the crew has set on their separate paths to find their own purpose. I anticipate that choices from the first 2 games will impact the narrative like the others before. Players can expect more of the same with some slight changes but if it isn’t broken why fix it?

Utawarerumono Mask of Deception and Truth

A surprise release for this strategy JRPG was recently announced. This is a game that I dreamed would get localized but was slowly losing hope for due to the content involved. The people at Atlus are doing God’s work. This game has recently had an anime based on the narrative that can be viewed via Crunchyroll at the time of this writing.

Following the adventures of the amnesiac protagonist, Haku, he wakes up in a village after he is rescued by Kuon. The game is populated with animal-human hybrids so it will be interesting to see the combinations come to together. The plot revolves around Haku developing a team of strong women and becoming unwittingly involved in the political plights of the nation.

All in all, 2017 is shaping up to be a great year for gaming and definitely a great year for JRPG fans. My wallet and time can’t take all of the titles coming but I will try to experience these great titles. Are you a JRPG fan? Are any of these titles on your list? Let us know in the comments.

Follow us and get the latest news delivered to your timeline!
20175 JRPGS Gamers Should Look Forward to in 2017JRPGS
Previous ArticleIs Gaming Becoming Gambling?Next ArticleFrankenslot`s Monster from Betsoft Gaming