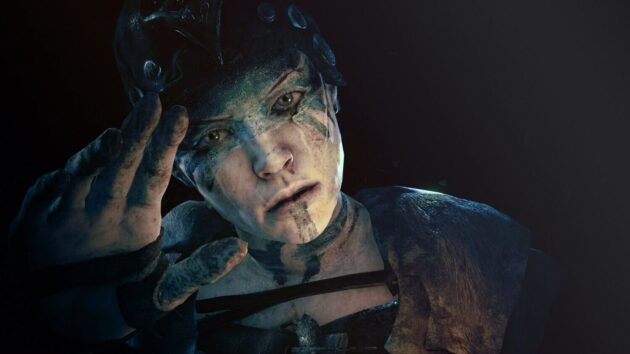 Ninja Theory, the developer behind such cult hits as DmC, Heavenly Sword, and Enslaved, have been hard at work over the past two years on their most ambitious and creative project to date: Hellblade. A game that promises to tackle mental illness with finesse and respect, and it looks absolutely incredible. What’s more, they’ve begun what is hopefully a new trend. Transparent, open development in the Triple-A games industry.

Hellblade: Senua’s Sacrifice is an action-adventure game developed and published by the British video game development studio Ninja Theory. Set in a dark fantasy world inspired by Norse mythology and Celtic culture, the game follows Senua, a Pict warrior who must make her way to Helheim by defeating otherworldly entities and facing their challenges, in order to rescue the soul of her dead lover from the goddess Hela. It was released worldwide for Microsoft Windows and PlayStation 4 in August 2017, Xbox One in April 2018, Nintendo Switch in April 2019, and Xbox Series X and Series S in August 2021. Hellblade features support for virtual reality, which was added in a 2018 update.

While they are technically a small indie team, their mission is to create a Triple-A game that doesn’t fall into the trap that most of the big dogs face. A creative, inspired, unique experience that isn’t beholden to investors and massive publishers, yet still manages to look and play as if it had a 50 million dollar budget.

A game that promises to tackle mental illness with finesse and respect, and it looks absolutely incredible. What’s more, they’ve begun what is hopefully a new trend. Transparent, open development in the Triple-A games industry.

While this idea sounds great, it has given the devs nothing but trouble since the very beginning, and this is what makes their video series on the development of Hellblade so fascinating. They show their ups, their downs, their failures, and their successes, and it all culminates in possibly the most interesting documentary series of its kind.

I highly recommend you check out the playlist below.

Follow us and get the latest news delivered to your timeline!
behind the scenesdev diaryGame Developmenthellbladeninja theoryvideo series
Previous ArticleBlizzard Finally Speaks About “The fall of TitanNext ArticleHow to Fix Battleborn Crashes, Low FPS, Freezes and Other Problems