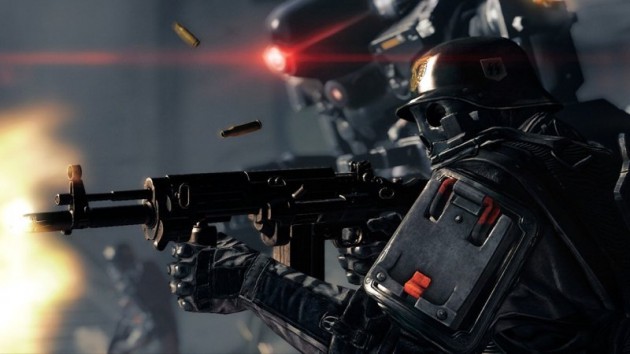 Those pesky PC users did it again, hurting the industry, right? Well, it’s not the case anymore, as Wolfenstein: The New Order has been indeed leaked on Torrents, but it’s not the PC version that got leaked, it’s the PS3 one, with the Xbox 360 version announced to follow “shortly”.

What might sound strange for many is actually a result of the use of the Steam DRM by Wolfenstein: The New Order, which simply doesn’t allow the game to be unlocked in any region. Since the console versions of the game don’t have it, they are easier to crack and that’s exactly what happened: Wolfenstein: The New Order is now available on torrent sites, one week before the anticipated release date and certainly ready to hurt the sales of the game when it hits store shelves.

Wolfenstein: The New Order is expected to be officially launched on May 20 (*apparently, the game is available for illegal download for a couple of days already) and if you are considering getting the torrent version of the game, you should know that you need a jailbroken console. So it’s best to wait in line and get the original, official release and help the game publishers instead of going the wrong route. Just a suggestion.

Now all that’s left to see is probably a flood of “let’s play” videos on YouTube and wait for the official word from the game’s publishers to find out if the game’s sales are lower than expected because of this leak.