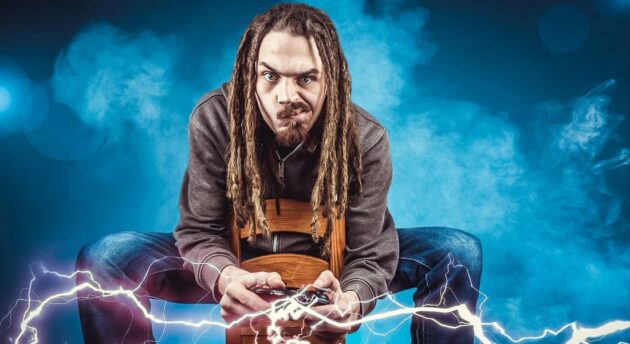 Before going any further, it is appropriate to discuss why video games are so popular in the modern world. No one can dispute that the video game industry is one of the most rapidly developing fields out there. Game creation is not only fascinating but also lucrative and popular.

Now, an increasing number of colleges offer degrees in game development to educate their students in the fundamentals of programming, world-building, and game design, among many other areas of this field.

This era has also brought forth several things that have enhanced the success of this sector. One such aspect was certainly the worldwide pandemic. If you have never played video games before, you certainly played a few during quarantine.

Before recent events, however, game creation and gaming were popular. After all, it enables individuals to develop their personalities, become the person they’ve always wanted to be, and explore the New World. In casinos, where players obtain a great deal of enjoyment and amusement, casino providers or suppliers also desire profit and recognition.

So why are video games played online so popular?

The video game industry is at the cutting edge of technological advancements, and the quality of the games improves each year. They are becoming more fascinating, immersive, and engaging, rendering film and television obsolete in contrast.

Using 3D scanning and face recognition technologies, a gamer’s likeness may be superimposed onto a character. You may play games using gesture control by waving your hands.

Improvements in the graphics department have resulted in completely produced environments with beautiful textures, although creators may still choose to go full-on cartoonish if they so wish. As we get towards 8K gaming, the quality will only continue to improve, while VR and AR will propel the gaming experience to thrilling new heights.

Due to technological advancements, gamers no longer need to sit in front of a gaming console to play games. In response to the demand for gaming and other activities on mobile devices, technology firms have, in certain instances, begun creating mobile-friendly versions of popular products.

Today, practically everyone has a mobile device, which has rendered many things useless. It has not yet rendered the console obsolete, but its relevance is growing fast. Casual games, which are basic games that can be played on a mobile device, have also contributed to the gaming boom.

The model of free-to-play

It may seem paradoxical and illogical, but the games that generate the greatest revenue in modern times are given away for free. League of Legends and Pokemon Go are staples of the gaming industry, and you can download them all for free. Free-to-play games have long ago surpassed paid games in terms of income, and this category will continue to play an increasingly important role in the future.

The benefits of playing video games range from improved memory and problem-solving to improved temperament and social skills. Some video game players who play slot games online also earn while they play, which is a financial benefit.

Despite the assertions of non-players that they create sloth, harm the brain, and disrupt social contact, video games provide several physical, cognitive, and social benefits.

Playing video games improves some cognitive abilities, particularly visual-spatial skills and focus. Visual-spatial ability is the capability to know or recognize and retain spatial connections between objects. This skill is necessary for daily activities like driving, moving or driving in a city, and understanding a map or surrounding items.

Several academic fields, including mathematics, the natural sciences, engineering, meteorology, and architecture, appreciate spatial intelligence. This is one of the most significant advantages of video games, which may be beneficial for academics and professionals but will also aid gamers in their everyday lives.

Although excessive gaming may have antisocial repercussions, several games highlight the social aspect of gaming. Some games include working with other players and communicating with them through text or voice chat, which may improve your ability to collaborate with people and have social interactions, if only while playing games.

In addition to prosocial gaming, the social aspect of gaming has increased. Among kids, gaming may be a popular subject, for instance. Moreover, college esports teams and clubs are being established, and there is a convergence between gaming and social media platforms such as Twitch and Discord.

Even while this advantage is not directly tied to the brain, it is nevertheless noteworthy. Due to the prevalence of fitness video games, it is easy to exercise while playing an appealing video game.

Perhaps the greatest benefit of these exercise-focused video games is their capacity to transform an individual’s perspective on physical activity. These fitness games make training fun and make getting in shape simple.

It has been demonstrated that games improve multitasking skills. Surely, it is part of the most prominent benefits of gaming, as it helps you complete everyday jobs and many tasks simultaneously more successfully and efficiently.

Many games need players to do many tasks simultaneously, especially action games. For instance, you have to keep an eye on the on-screen adversary, monitor your health, ammunition, and other things, and guide your character around obstacles. A microphone can be used to communicate with teammates and friends.

With all the fast-paced excitement and hyperstimulation that contemporary games deliver, players can do many activities concurrently.

Follow us and get the latest news delivered to your timeline!
online video gamesVideo Games
Previous ArticleKiriko is the final hero coming to Overwatch 2 on launch dayNext ArticleAssassin’s Creed Mirage given rare Adults Only rating due to gambling

vGamerz Editor
If you are a games' lover and have writing skills, you can share your articles with us and we will publish them in our blog https://vgamerz.com