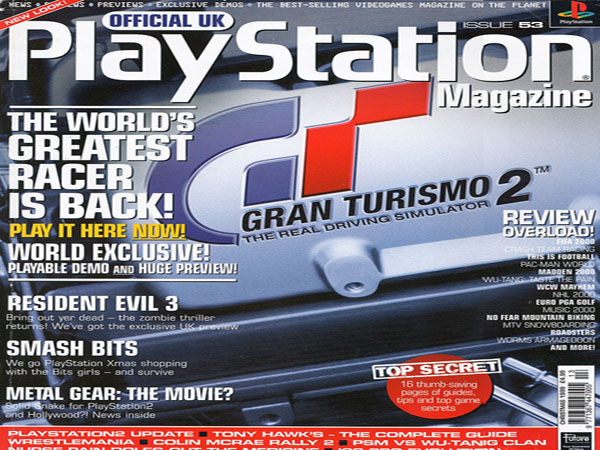 In this instance, of course, we know exactly what happened. The Internet did. Still, the more decrepit gamers among us may get a tingle of memory-pleasure through their undercarriage at this brief retrospective.

At one time in the gaming world, print media was king. If you wanted a preview of Mario’s latest upcoming escapades, or a walkthrough, magazines were the way to go. They still exist, and have a certain following, but there’s a foul stench of the obsolete about them; like Grandma’s old record collection which will never see the light of day again.

Partly because they’re LPs, similar relics of a bygone age. And partly because who the hell ever wants to hear The Greatest Hits of the Jackson 5 again anyway?

But anywho, these magazines were the nerdly refuge of the Internet-less. Oftentimes, they’d include huge free ‘cheat books,’ which were the only manner of finding obscure codes and such. My family were probably the slowest in town to finally get online, so I was poring over books with maps of Final Fantasy IX’s Chocograph locations long after others had abandoned them.

It’s a painful, painful pain a whole generation will never experience. If you’re stymied by a game today, a quick google search will bring you up ten different FAQs of the dungeon/boss/whatever at hand and a Youtube video tutorial or two. Back then, though, there were none of these newfangled thingamabobs. What we had were books full of Tekken 2 big head codes, infinite ammo codes for Doom, and other low-tech weirdness. A couple hundred pages full of PlayStation button combinations.

OR, the legendary tips lines. Before ‘Google it’ was the answer to any and all questions mankind will ever have, this was our only resort: a mysterious voice on the end of our phones. They may or may not know where we’re going and what the hell to do when we get there, but we’ve got no other bugger to ask. Begging audience with this oracle with a heavy Mancunian accent and seeking its wisdom was the only way.

Think on, younger gamers. The older, simpler times were much, much less simple.

Follow us and get the latest news delivered to your timeline!
Previous ArticleXbox One In 26 New Regions By SeptemberNext ArticleDark Souls II Review