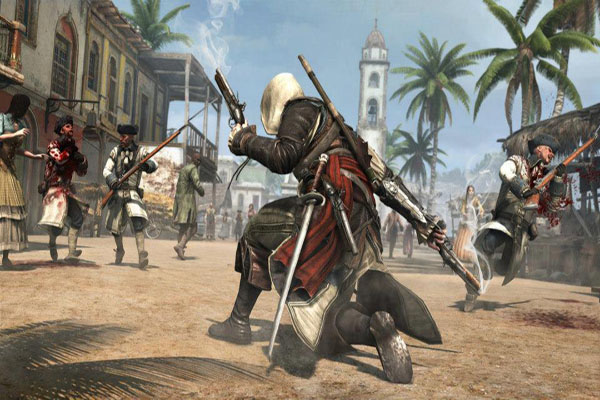 One of the biggest games of last year was a late entry indeed. Assassin’s Creed IV: Black Flag is a colossal undertaking of bowel-loosening proportions, the most ambitious freeroaming adventure since Grand Theft Auto V. It just made the cut, arriving as a launch release for the next-gen consoles and a little earlier elsewhere.

It is also, for reasons unknown, full of pirates. Real piratey pirates of badassery, with big ol’ beards and everything.

If you saw Johnny Depp drunkenly prattle on about the freedom a ship affords in Pirates of the Caribbean, you’ll understand why this dramatic departure was a fine fit for the series. In this installment, we take the role of seafaring ne’er-do-well Edward Kenway. He inadvertently becomes embroiled in the conflict between the Assassins and the Templars, in the midst of thieving, pillaging, plank-walking and beard-growing and whatever else pirates do all day. 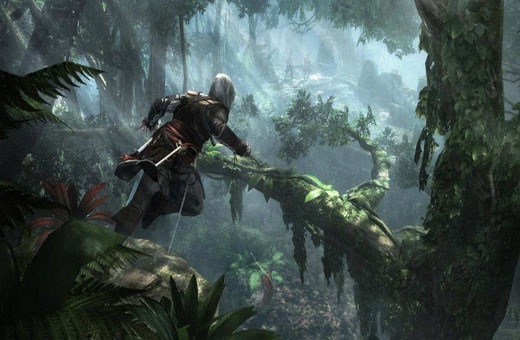 This premise, and the Caribbean setting, lend the game scope for an absurd number of sidequests and distractions. There’s buried treasure to hunt, new sailors to recruit to your motley unwashed crew, a ship and arsenal of weapons to upgrade, and so much more. Again, in the same vein as GTAV, it’s a game in which you can ignore your main objectives for hours at a time, and yield rather good rewards for your troubles.

But most pertinently, it’s a game in which the protagonist is a pirate assassin. That’s key, right there.

Follow us and get the latest news delivered to your timeline!
Previous ArticleWhat Did Video Games Teach Us in 2013? #1: Wonder Trade is Not Wonderful. At AllNext ArticleWhatever Happened to… Final Fantasy VII’s Whole Darn World?