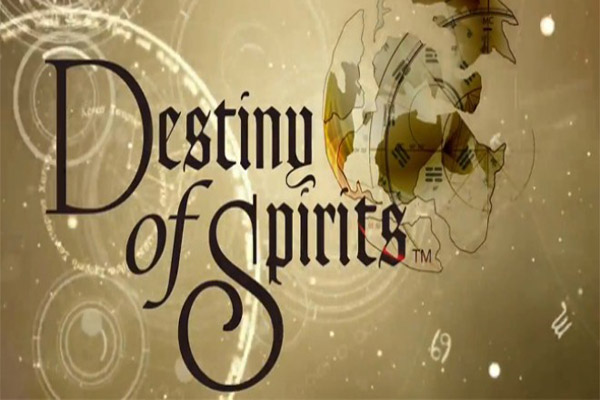 There were some bowel-looseningly big releases in March, there’s no denying. What with South Park: Destiny The Stick of Truth and Titanfall and other such wonderment, it was a gametastic month. But for me, one of the highlights was a comparatively obscure Vita offering.

Destiny of Spirits arrived last week, and was an under-the-radar release for… just about everybody, to be frank. It’s another of the handheld’s free to play apps, following the likes of Travel Bug and Ecolibrium. This one, though, is rather more substantial, and is sure to be an intriguing little title for strategy fans.

It’s an online social strategy game (apparently, I had no idea that was a thing) with light RPG elements. The premise is that all of the evils of our world –warfare, famine, pollution, Justin Bieber, those darn telemarketers who phone while you’re in the shower and make you dash over all drippy and towel-y to answer their useless call– have seeped into the Spirit World, and corrupted some of its inhabitants. The leader of the goodly spirits needs you to marshal her forces and defeat the newborn ‘chaos’ spirits.

There are three versions of Destiny of Spirits: one for Europe, the US and Asia. The social aspect is a little like that of Pokémon, in that particular spirits (which range from fairies and fire demons to sea serpents and assorted gods) are only available in certain versions. This gives incentive to trade with international players, and the Friend system facilitates this by quickly matching you up with compatible players worldwide.

But before you get into those mechanics, you have to get started in the Spirit World. The game’s hub is an interactive globe, with your starting point being your real-world location. From there, you tackle your enemies one area at a time, defeated bosses allowing you to progress to the next. Victories also grant you summon stones, with which you can gain new spirits to add to your party.

Battles are fairly rudimentary, all told. Each warrior has an element, effective against one and weak against another. Your forces and your opponents appear on the screen looking like rather ambitious board game pieces, and fight it out pretty well automatically. You can choose targets and initiate special attacks, but otherwise the turn-based beatings deliver themselves.

All in all, Destiny of Spirits is a much ‘gameier’ game (because that’s a thing) than other offerings of its sort. It is something easy to dismiss at first, but which may well engross you if given the chance.

Follow us and get the latest news delivered to your timeline!
Destiny of SpiritsPS VitaSony
Previous ArticleNew Dragon Age: Inquisition In-Engine Screenshot Is BreathtakingNext ArticleThe Wolf Among Us: Episode 3 ‘A Crooked Mile’ Preview