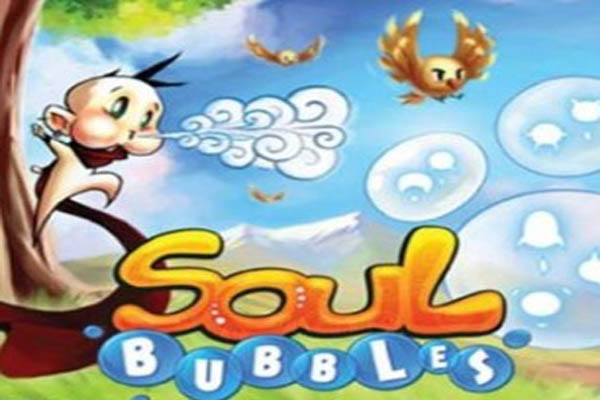 Nintendo’s consoles, as we know, live and die on their first-party offerings. The lofty likes of Mario Kart and Soul Bubbles, released earlier, could have singlehandedly hauled the Wii U out of the craptastic mess it’s currently in. When you make the purchase, it’s safe to assume that you’re doing so because you want to get your Mario/Zelda on.

Nevertheless, there are the occasional third-party jewels on Nintendo platforms. A lot of which are cult classics, the kinds of games that critics rave about yet no bugger actually buys. Today, we’re taking a look at Soul Bubbles, which kinda-sorta fits into this very category.

The game was released for the DS in 2008, an obscure-yet-brilliant puzzler from Mekensleep. As with many of the system’s titles, it’s predominantly (read damn well only) stylus-controlled. As with alarmingly few of the system’s titles, the touchscreen isn’t just shoehorned in to the detriment of gameplay. It feels right, and that’s a beautiful thing.

In Soul Bubbles, you take the role of a tiny, floating freak-dude, a young Shaman-in-training. As we know, apprentices get all of the crappy jobs nobody else wants, and it’s no different here. Except, instead of fetching cups of coffee and unblocking the toilets, this little guy has to ferry lost souls to their place of eternal rest. Which sounds like, if I may say so, one hell of a responsibility for a novice. Give me a plastic glove, a bucket and an unflushable bowel movement any day.

Anywho, the gameplay basics are rather simple to grasp. You first draw a bubble around each stage’s souls at the beginning point (they look just like regular soap bubbles, but are presumably much, much soul-ier), in which you can transport them. From there, you’ll have to traverse each little maze with careful stylus strokes. These represent our Shaman ‘blowing’ the bubble to safety, and he’s going to need a lot of puff.

As you play through the campaign, you’ll acquire different tribal masks, each of which enables you to interact with the bubbles in a different way. Depending upon the obstacle at hand, you’ll have to split, shrink and expand your bubble, or make more. All of the familiar elements are out to oppose you, by bursting it and endangering the lives of the sweet, sweet soul-y goodness that dwells within. They won’t survive long outside it, you understand.

Soul Bubbles struck a chord with me for its adorably toontastic art style, its unique premise and the great use of the DS. It isn’t a very long adventure, but it’s one with real charm. It’s a shame that it didn’t get much attention.

Follow us and get the latest news delivered to your timeline!
NintendoNintendo DSSoul Bubbles
Previous ArticlePlayStation Plus: Games of June 2014Next Article(Update) First Battlefield: Hardline Beta Gameplay Leaked