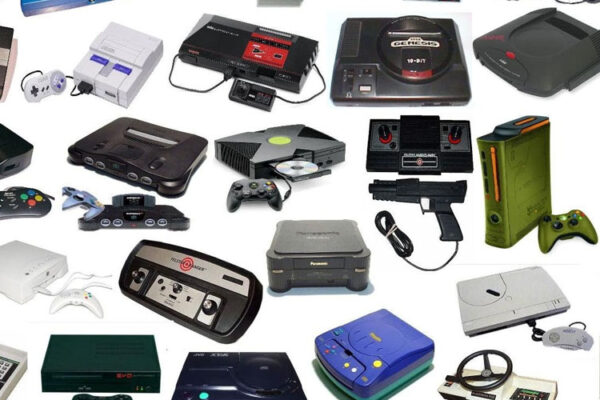 There are many articles out there claiming that video games are bad. The media in particular are quick to point the blame at games when there has been violence where the person is a gamer or has played games. I could go on about why that is an unfair statement since there is always more to the story than games, but that would deviate from the point of this opinion piece.

Instead of writing how I think those statements are wrong, I’m going to be writing about five things I’ve learned from playing video games. I’d like you to comment if you have learned something that I have not put on this list because it’s always interesting to see other people’s opinions.

1: How to survive a zombie apocalypse

Thanks to the likes of the old school Resident Evil games to the newer Left for Dead series, learning how to survive a zombie apocalypse is something ingrained from the moment we step into Spencer Mansion. You could say we learned how to survive zombies from George A. Romero’s ‘Dead’ series, but these games take it that little bit further with genetic mutations. Not only do we learn how to combat against zombies but other surreal creatures.

Scientists did say a zombie apocalypse could happen. Might not be with bio-weapons from Resident Evil or the big boomers from Left for Dead, but at least we have a basis for living through the apocalypse. From avoiding the city center even if the army is taking in survivors and has a base camp there, to building a zombie-proof shelter.

With any luck, the whole ‘aim for the head’ thing they got going on applies to real life zombies too. Which brings me to another point of not wasting ammo. If they used the weak points, they could have used their entire supply of ammunition to take out the monsters. Seriously games and movies, take note of this!

So I’ll add in knowing the creatures weak points as something I’ve learned too.

2: The value of team work

Multiplayer has been around since the first ‘game'(anyone remember Pong?). While most multiplayer sessions, especially with siblings, ended up with frustration and snarling at one another, there is some good that has come from multiplayer.

I actually prefer multiplayer or co-op games. Some single player games can be fun but I do like the social aspect and playing as a team. One of my favorite games is online – Final Fantasy XIV. That game has taught me so much, from patience with duty finder randoms, to finding synergy and harmony with my static.

When new content comes out is when you see the best(and arguably the worst) in people. People have to work together to figure out the mechanics and progress forward. I’ve been very fortunate that most new content, I’ve been paired up with like-minded people. We figure things out, work as a team and at the end, cheer for each other for a good day’s work.

Some people take gaming seriously. Way too seriously. Those that rage over a single wipe, people with bad attitudes when something doesn’t go their way. It’s okay to be passionate about a game. But to take it to the point where you end up really unhappy and dreading to play, I think that really defeats the purpose of playing video games.

I used to trophy hunt on the PS3. And some of those trophies were such a pain to get, and finally obtaining it was a relief. But it made me unhappy. It was consuming. I couldn’t just play a game, I had to either focus on getting that trophy or I felt my time was wasted.

Now I’ve learned to sit back and just enjoy the game. Forget the trophies. PlayStation 1 games didn’t have trophies. Forging friendships with two great people also helped me see the funner side. Their whole motto is to have fun, if you’re not having fun, why are you playing? Even wiping on content we manage to find the funny side to it all.

Not taking things too seriously makes the game more relaxing and I certainly don’t worry as much. I take things as it comes.

Online games have a fair share of trolls and bullies. And it used to be that when someone started to antagonize me, I’d hit them right back with words of my own. I couldn’t help it. I felt that I had to defend myself from people I didn’t even know, and people I probably would never play with again after that session.

Over time I learned there was nothing I could do except either ignore or, better yet, find something funny in what they say and have a good giggle. Fighting did nothing but spur them on. The more they kept going on to get a rise, the more chance of something tickling the funny bone.

Something as small as a spelling mistake would do. If that happened, I’d have a chuckle and go back to whatever it was I was doing. Don’t even reply, just laugh in real life. It became much easier to deal with them doing this method. Trolls exist in pretty much every game. It’s something we have to tolerate.

5: Friendships that last a life time

I think this is the most important lesson I have learned. Making friends in games is pretty common. I learned that some of the friendships I have formed will last a life time. I have learned that there are nice people out there and it’s not a big scary place all the time.

I feel so fortunate of the friendships I have made. It’s them that taught me so many things within Final Fantasy XIV. It’s them who taught me that life is too short and to have a giggle now and again. Thank you. You know who you are!

In closing, I want to reiterate. What are some of the lessons you have learned from games? Have you made any friends that have lasted through time? Let’s get some positivity surrounding video games and gamers!