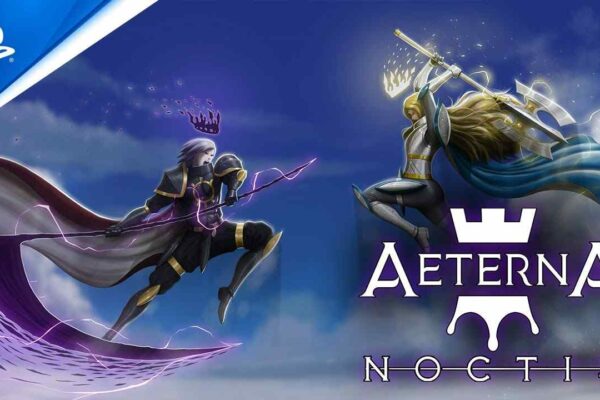 Aeterna Noctis is hand-drawn 2-dimensional gameplay and is going to be released on December 15, 2021. This gameplay consists of hand-drawn intervention, a Metroidvania with exciting battles, and heart-stopping tasks that will put your skills to the test. For taking back your powers in this game, you need to play as the King of Darkness and discover 16 linked areas in an incredible quest.

Chaos, the supreme god, created the Universe and the Aeterna world thousands of years ago. After populating it with many creators and races, he assigned mighty rulers to control and show them the path. However, they eventually turned against their Creator, attempting to seize control of the world. And they divided their followers into two groups who battled each other, resulting in conflict, death, and hate.

He cursed the vengeful leaders named King of Darkness and Queen of light by becoming the powerful conflict enraged. The curse is to continue fighting with one another by the end of eternity. By the chaos, they are granted immortality so death will not hold them back by the curse. If they get eliminated, they will be reborn and restore their power for proceeding with this endless fight.

The Aeterna Noctis world has a high difficulty level that increases as you gain new skills and expertise with the controllers while traveling through the game. Because of it, by offering challenges with each encounter, you will be on the seat edge. And after completing the challenges, you will have a sense of pride in yourself.

In such a game where the difficulty increases with every level, highly responsive controls are featured by Aeterna Noctis to provide high accuracy in combat and movement.

The intuitive design of the game world gives players the opportunity to polish their skills by using the movement accuracy of the game to complete different tasks in many different possible ways. You can achieve a higher completion time by getting more and more skilled.

With an engaging and emotional story this game is full of great moments and surprising turns, the players will be immersed in the rich world of Aeterna Noctis.

Word building, like every asset, environmental detail, and animation in Aeterna Noctis, is handcrafted by the art team. Everything is done with the help of some traditional illustration processes. Hence all of this results in a colorful and wonderfully built universe.

The story of Aeterna Noctis is pre-determined. But the player is free to choose their path and pace while navigating the huge non-linear map. It comprises 16 separate zones interconnected in a typical Metroidvania format.

There are 40 new soundtracks added to the game with having a unique theme. After the release of the game, a pion collection of all the main songs, including the ost, will be released.