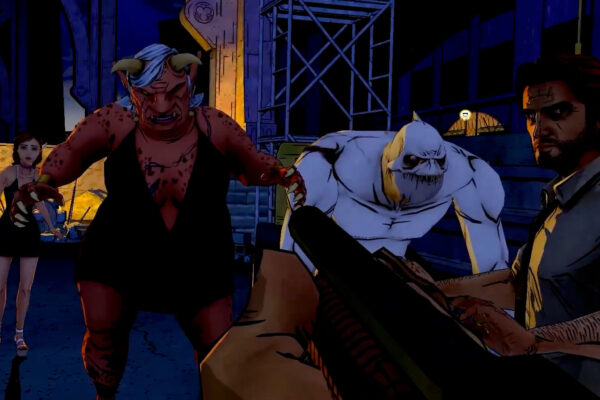 A Crooked Mile pursuits the escape of prime suspect Ichabod Crane, who was found guilty of murdering Lily during the previous episode, Smoke and Mirrors. The whole story revolves around the previous events discovered in the Open Arms Hotel and the possibility of new involvements. Finding the truth is the main priority for Bigby and the deputy department but when things seem to be finding its route, everything just becomes even more complicated.

In this new episode the gameplay is more centered in exploration rather than combat. As Fabletown’s detective, Bigby has to visit different places and search for possible evidence that might lead to Crane’s current location. Finding and analyzing objects is the predominant activity in this interactive episode. A bit tedious for some but it can be exciting in its own way. Solving murdering cases requires intelligence and wisdom and that’s why fighting is not the main focus in A Crooked Mile. However and as usual, combat hasn’t been forgotten and Bigby will get himself into deep trouble. Despite the few moments of action, they’re all much more intense and severe with profound consequences for the upcoming episode, In Sheep’s Clothing.

The great mystery in A Crooked Mile is set on Crane’s innocence or culpability. And as I’ve predicted in this episode’s preview, things are not exactly as they look like. Even though, facts lead to a single and definite conclusion, reality ends up being a little different. And that’s exactly what players must uncover through new evidence. I can’t say the new revelations are stunning but they’re surely promising. Moreover, Snow White’s speech is usually very biased and apprehensive, which indicates that the new suspicions are in fact accurate. Bigby is still far from the truth and the whole case is much bigger than they ever imagined. In the end, this episode featured a predictable reality and it didn’t bring anything unexpected into the game.

The third episode of the Wolf Among Us allows players to decide the angle they wish to investigate. While perusing Crane’s location, Bigby has three places in mind that might give him precious information. But time is short and players can only examine two of the three locations. This is not exactly new since in the previous episodes, players could also choose where to go first. However, now there’s a clear limitation. Unless players replay the episode, there’s always one location that can’t be explored. This is a very significant element and it gives choice a deeper meaning. Furthermore, the game runs smoothly and the only bug I could find was at Crane’s apartment, where certain objects kept being accessible even after analyzing them.

Overall: Not as Great as Expected

Honestly, this new episode is a bit of a disappointment to me. After the multiple dramatic revelations in Smoke and Mirrors, I was expecting something more enigmatic and astonishing. But instead, the new narrative turns out to be exactly what I was expecting. Crane is indeed innocent of murder and there’s a huge criminal group behind all the incidents going on Fabletown. The real killer is still on the loose but with the appearance of new villains truth shouldn’t be as far as it used to be.