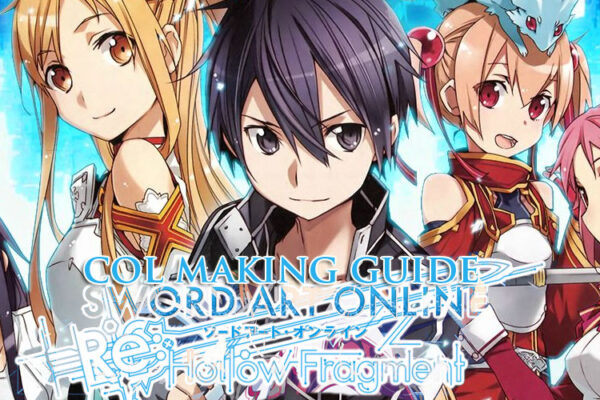 Col is the currency of the game and while it’s rather generous at the start with giving you 3 million Col, you will soon realize that it’s barely enough. Items are dear and your purse will soon run dry. However, there are ways of making Col, and I’ll be detailing the most efficient way. Others include completing Hollow missions, completing quests and selling items.

We’ll be looking at selling items which we go about collecting in two places in the Hollow area.

There are two ways of doing these methods, and it all depends on where you are in the Hollow area in single player. If you haven’t gotten up to the Hunting Grounds of the Judged then you should head to multiplayer. It takes longer during mutiplayer since you will have to exit the room after each run to make the chest respawn whereas single player, they simple respawn when you teleport.

It’s very quick and easy and will net you millions of Col.

Single Player Method
Only do this if you have unlocked the Hunting Grounds of the Judged in single player; if not you will need to do this in the multiplayer method instead.

First of all, I suggest buying some veil potions. The price is pretty steep although it’s well worth it and you will make the money back. If you opt not to buy the potions then you’ll need to fight the enemies which makes the process take a little longer.

Head into the Hollow area and party up with Philia. Head to Selvendys Shrine – Front Square and then into the Shrine of Offerings. Head North into the next room where the NM Ultimate Predator is. Open the chest and obtain the weapon.

Next, head back to the teleport stone in the forest and go back to the administration area. Teleport to the Hunting Grounds of the Judged and use the teleport device closest to you. In the Gaol of the Youth, use a veil potion(or not, up to you) and open the door. Open the two chests that are behind the enemy and then locate the other two chests on this floor before exiting.

Teleport back to Selvendys to make the chests respawn and repeat the process.

When you’re finished for the day or have enough weapons that your inventory is full, head back into Arc Sophia and go to the Inn. You want to sell the items to Agil as he will pay more for them rather than the NPCs scattered about. For example, one of my weapons can be sold for 1.2 million Col at an NPC vendor whereas Agil will pay 1.4 million.

Multiplayer Method
Use this method if you haven’t unlocked Hunting Grounds of the Judged in single player.

This is the same method as what is detailed in the single player method except you will need to exit the multiplayer room after each run.

Next you want to teleport to Selvendys Forest and head into the Shrine of Offerings for the red chest guarded by the NM Ultimate Predator. Exit the room and teleport back to the administration area, then head back into the communications room where you will now exit multiplayer. This will cause the chests to respawn.

Again, when you’ve had enough head to Arc Sophia and sell to Agil for maximum Col!

We bring Philia because she can bypass the annoying presence that keeps the chest locked, that way we can simply run in, open and run out rather than fight the monster that is causing the chest to be locked.