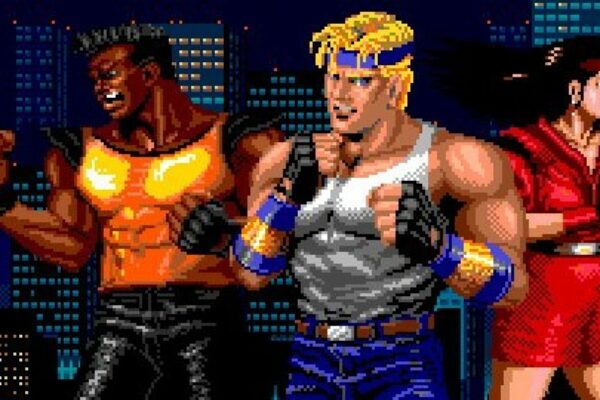 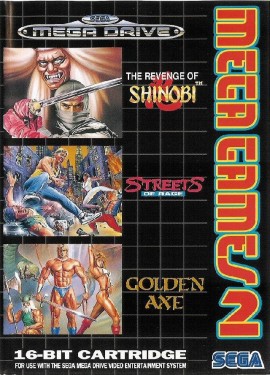 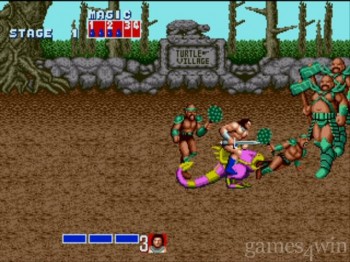 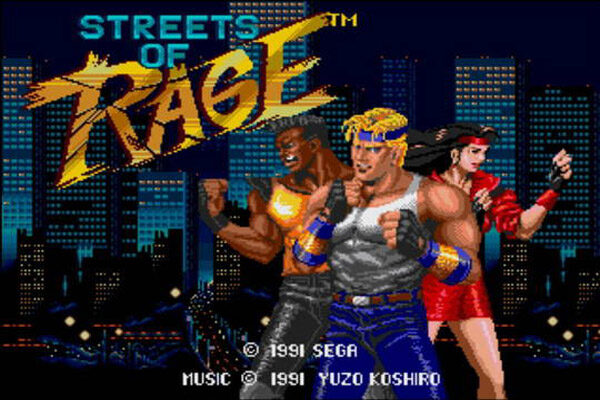 You stride man-tastically from left to right (unless you’re playing as the woman, though she’s pretty darn butch too). You punch any villains you encounter in the delicate fleshy bits, and you stride forward some more. This wasn’t the era of bafflingly convoluted Da Vinci Code style plotting, it was the time of quick-fix arcade action. Few games embodied that spirit better than Streets of Rage.

In this 1991 Mega Drive beat ‘em up, the city (imaginatively named ‘The City’) has been overrun by thieves, muggers, murderers and every other sort of unsavory dude. The enigmatic Mr. X and his criminal syndicate have taken control, and the streets are as dangerous as a Gotham back-alley at midnight. But fear not, because three different Batmen are here to help.

Namely Axel Stone, Blaze Fielding and Adam Hunter. The trio were police officers, who left the force when the corruption began. The only ones who weren’t tempted to the dark side by Mr. X (and his promises of doughnuts, presumably; that being the old cop joke). Bar one other, whom we will meet later. But anywho, they have pledged to clean up all of the rage that has spilled onto the street. Via any punchy means necessary.

There’s a marginal difference between the three playable characters. You can choose speed over power, vice versa, or take the average-at-both route. In any case, with a friend or alone, it’s on to a series of sidescrolling levels, with a boss to dispatch at the close of each.

There’s some nice variety in the locations. On your homicidal sightseeing tour, you’ll take in a beach, a cruise ship, an odd sort of factory, the typical downtown area, and a couple more besides. That beat ‘em up favourite, the large moving elevator, is also included.

The combat is rather rudimentary in this first outing, with just a combo button, jumping attack and grapple available (other than limited pick-ups). Rather spangly special moves and such weren’t introduced until Streets of Rage 2 and 3. Nevertheless, there’s a timeless sense of fun to be had here, with a heaping helping of nostalgia to help it along. The genre is a dying art today, but indie releases with fancy new 2D art keep those old memories of taking down Mr. X at a friend’s house after a long school day alive.