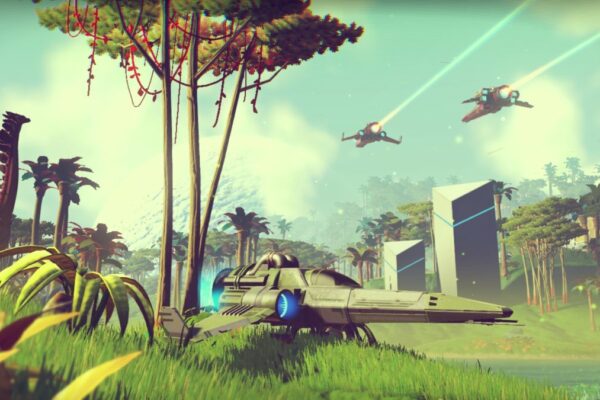 No Man’s Sky is huge and amazing, with so many great things in store for us that you can never get bored. But if you are really unlucky, finding a series of horrible planets with little things on them, you might end up having no money in the game. Or you could end up finding an amazing ship you’d like to purchase, just to find out that you don’t have enough units to purchase them. To make sure that none of these happen to you, I am here to share with you a complete guide on how to make more money in No Man’s Sky: fast and easy.

The truth is that there are a ton of things that you can do to earn money, some easier than others, but in this article we’ll focus on what is easy and makes you a ton of money. It’s true that you can spend a lifetime on a planet, harvesting all the carbon there is and then selling it – but that would take an eternity to make you rich. Here are some faster methods to make money in No Man’s Sky:

First, take advantage of what each planet has to offer. It’s true that some are richer than others and some have a bigger potential to make you rich fast, but most of the planets out there have at least some opportunities for you to make easy money. However, the game has a way of telling you if there’s something really valuable there: Sentinels. The more there are on a planet, the more good resources you are bound to find – so don’t rush to leave when you find a Sentinles-infested planet, on the contrary!

Even if there are no actual resources to harvest, you can still get a ton of coins from Save points scattered around any planet. Each has those Cargo drop boxes (the green boxes) that sometime hold extremely valuable items. Make sure you find all those Waypoints on a planet (they’re marked with a question mark and you can see how many there are/ how many you found in the options menu on each planet) and you can leave the planet with 100,000 units or more.

However, the resources on each planet can be extremely valuable. The game randomly generates the planets, so it’s difficult to tell you what exactly to look for, but you will know when you get there: there are plants that produce something that looks like pearls and sells for a lot, there are planets that are huge Emeril mines… anything can happen on a planet that you find out there in the Universe, so always be on the lookout for valuable things and interact with everything!

But you can make a lot of money from very common stuff as well. For example, Plutonium and Iron are extremely easy to find and, even though they can’t make you much money if you sell them as individual units, you can use the crafting menu and get rich. For 10 units each, you can craft a Bypass Chip which sells for around 3,000 units. That’s easy money as long as you are near a trade station and have your inventory filled with Iron and Plutonium!

An even easier method, if you have some time on your hand, is to simply scan everything on a planet: it’s not just the animals that you can scan with your multitool and name, but also plants and even mineral deposits. Just use the multitool on all plants on a planet and name them and you will get a lot of money. If you don’t have all the names with you, you can simply keep the names generated by the computer: you still get the money for discovering and naming them! Plus, if you manage to discover everything on a planet, you get a nice bonus as well. It’s time consuming, it’s true, but it’s also fun and rewarding!

Sell all the extremely valuable items (like Vortex Cubes and whatever Charms and Artifacts you discover) but hold on to your Atlas Stones. I don’t really want to spoil the game for you, but know that Atlas stones are extremely important and it might be better if you kept them instead of selling, even though they can give you a ton of money.

Finally, mining asteroids can prove to be extremely profitable. Just find a Space Station that buys the minerals you can get from Asteroids at a high price and do runs for them: go out there, destroy asteroids, collect a ton of minerals, come back, sell. Rinse and repeat and you’ll make millions in no time!

These would be some of the easiest methods to make a lot of money fast in No Man’s Sky. Do you have other methods to share with us? Let us know by commenting below.