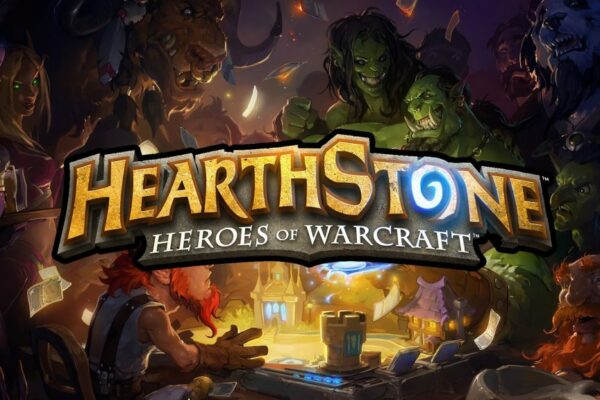 Hearthstone, Blizzard’s digital trading card game set in the Warcraft universe, was one of the biggest hits of last year.  If you’ve just started playing or have been meaning to look into what all the buzz is about, this guide will take you through all of the shortcuts to building a strong collection of cards early on without having to spend a dime on microtransactions.  Even veteran players might find some hidden prizes that they’ve been overlooking.

First of all, you want to unlock all of the playable classes.  You start off with only the mage, but the other classes are unlocked simply by beating them in a match.  This is easily done by going into Solo Adventures and playing in Practice mode where you’ll be facing off against AI-controlled opponents.  Once you’ve unlocked all of the classes, you may want to stick around in Practice mode just long enough to gain some experience and I don’t just mean in learning the game. Every class has an experience bar attached to it and will level up as you play matches with it.  At certain levels, you will unlock exclusive cards for that class’s Basic set and these can be some of the most useful cards out there.  The best part is that you won’t even need to reach the level cap of 60 to unlock all of the cards.  You only need to reach level 10, which happens very quickly, and all of the cards you earn past that are golden copies of cards that you already own.  Golden cards are purely aesthetic and shouldn’t be a big concern for now.

While you’re grinding in Practice mode, be sure to take on each of the Expert level classes (pro tip: they’re not experts) in order to complete the hidden Crushed Them All quest.  Hearthstone has a number of hidden quests that will kickstart your collection with free gold and card packs, but there isn’t a way to look most of them up in-game.  Many of them are simple, such as unlocking every hero, reaching level 10 with any hero, collecting all of the Basic cards (which is done by reaching level 10 with every hero), and playing matches.  There are also free card packs that you can get simply by playing on certain devices like an iPad.  New players also receive one free key to enter the Arena gamemode, which normally costs 150 gold or $1.99 for each entry.  The Arena mode is a very different take on Hearthstone than constructed play and it will require a guide all its own to explain.

Next, there are the quest cards that can only be obtained through completing certain actions.  They’re all nice to have in your collection, but none of them are must-haves and you shouldn’t concern yourself too greatly with tracking them down.  The easiest to get, and most viable to use, is the legendary Old Murk-Eye, which is awarded to you once you’ve collected at least one copy of every murloc card in the Classic set.  Murk-Eye grows more powerful with every murloc you have on the board, so he will be just what you want to see once you’ve built a collection of murlocs.  Two Captain’s Parrot cards will be awarded for collecting every pirate card of the same set, but this is trickier to accomplish as there is one legendary pirate you need to find to complete the set.  The last two, Gelbin Mekkatorque and Elite Tauren Chieftain, were given out in golden quality for special events and can no longer be obtained in golden form.  They can be crafted in normal quality, but these are both joke cards that can just as easily lose you a game as they can win it for you.  You should only concern yourself with crafting them if you want to build a complete collection.  Otherwise, just focus on crafting the more practical legendaries when you’re starting out.

Speaking of crafting, the last hidden quest is Crafting Time, which awards you an extra 95 dust  the first time you disenchant a card.  Oddly enough, Hearthstone doesn’t feature any way of trading cards with other players.  Instead, you can trade in the cards you don’t want for the ones you do by disenchanting cards for arcane dust.  Disenchanting a card will destroy it and give you an amount of dust based on the card’s rarity.  Only cards obtained through card packs can be disenchanted and Basic cards given to you at the start and obtained through completing objectives are soulbound to you (which is good because you’d never be able to get them back if you disenchanted them).  You can only have a maximum of two copies of a nonlegendary card in any constructed deck and only one copy of a legendary, so any more copies than that should just be disenchanted.  You can easily burn all extra cards by going into My Collection, enter Crafting Mode, and clicking on the Disenchant Extra Cards button.  If you can’t find the DEC button, that just means that you don’t have extra cards to disenchant.  You can disenchant cards even if you have only one or two copies of it, but you only get a fraction of the card’s value in dust when you disenchant it so you should only consider this if it’s an especially weak card.

Crafting is also where golden cards have their chance to shine.  Whereas it would take eight normal common cards to craft one common of your choice, golden cards can be burned for enough dust to craft a normal card of the same rarity.  If you have two normal copies of a card and one golden copy, you should definitely burn the golden one for dust and focus on filling out your collection.  If you have one normal and one golden copy, hang on to them both for the time being so that you can fill out decks you want to build.  Golden cards can also be crafted, but they will cost significantly more dust than normal cards.  For example, burning a normal legendary will only get you just enough dust to craft a golden common.  Remember, golden cards are purely aesthetic aside from dust value.  You can worry about building a collection of golden cards after you’ve gotten a large collection of cards to build competitive decks out of.

After you’ve completed all of the hidden quests, you’ll still be able gather a regular supply of gold through daily quests.  Every day, you will be given a random quest with a gold prize for completing it.  These range from winning online matches with specific classes, casting a certain number spells, summoning minions of certain mana costs, and more.  These quests will wait in your queue until you complete them, but your queue can only hold a maximum of three quests at a time.  Once a day, you can trade out one of your quests for a different one by clicking the red x in the quest’s corner.  Some quests award more gold than others, so consider trading in some of your measly 40 gold quests at a chance at the 100 gold one.  You’ll also consistently earn 10 gold for every three victories in Casual or Ranked play.

Now, after gathering a healthy supply of gold, dust, and packs from your quests, there is the question of where you should invest your gold.  A good place to start is more card packs so that you have a wide collection to build decks.  Since you’ve already gotten a fair share of Classic packs from your quests, you may be tempted to throw all of your gold at that fancy new Goblins versus Gnomes expansion that recently released.  While picking up a few GvG packs is certainly a must, many of the cards it introduces into the game are unpredictable.  The Classic set has the most practical cards and is where you should mainly focus on when you are starting out.  Although, there may be an even better place to invest your gold than packs.

Hearthstone also features PvE adventures that include their own exclusive cards as rewards for defeating unique bosses.  Adventures are divided into five separate wings with around eleven exclusive cards each.  You’ll have unlimited attempts at each boss, so those cards are as good as yours once you purchase a wing.  Each section has to be purchased for 700 gold or $6.99.  If you can’t afford the $24.99 for the full bundle right away, don’t be afraid to buy a single section with gold as you can still buy the remain wings in a discounted bundle later.  You could go the route I did and just save up your gold to get the whole adventure for free.  At the time of writing, only one adventure has been released: The Curse of Naxxramas.  I don’t have the space to give Naxxramas a full breakdown, but I will say that the Plague Quarter is easily the best with the Construct Quarter being a close second.  If you can only get one wing, make it the Plague Quarter.

The last bit of advice that I’ll give anyone hoping to get into Hearthstone is that you should start an account as soon as possible.  Free prizes are regularly given out to all players whenever a new expansion releases, but are only available for a limited time.  Even if the game doesn’t grab you immediately, it’s better to start an account now and grab those free promotions when they pop up rather than wait and potentially miss out.  I have plenty of other Hearthstone articles in the works that will show you which cards you should run with and some that you can guiltlessly burn for dust.  In the meantime, be sure to check out this list of the best Mage cards.  Happy dealings!