This year’s Electronic Entertainment Expo is only a week away and there is plenty of excitement surrounding what new games and hardware we might see unveiled.  I won’t deny that I have my own share of excitement for the festivities, but a part of me can’t help but feel cynical at this time of year. As such, let’s go over some of the possibilities that I’m most dreading for this year’s E3. 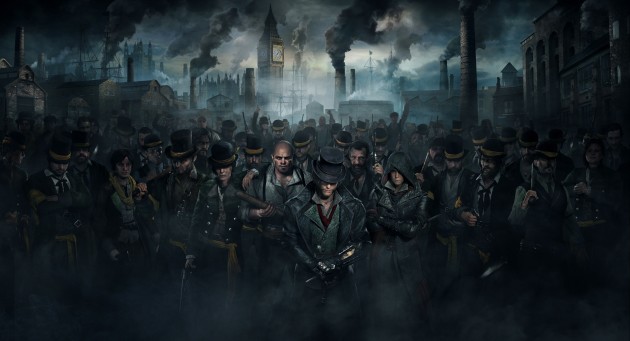 Now, the number of releases on its own wouldn’t be that big of a deal.  If I was that bothered by oversaturation, I wouldn’t be a Mario fan.  The problem is that the Assassin’s Creed games have been pretty spotty recently and many have been turned off from the series as a result.  I do think that there is still time to turn the series around, but the worst thing that Ubisoft can do right now is machine-gun titles back-to-back to further exhaust their consumers.  If they just focus on making Syndicate into something great, it may be enough to turn the reputation of the series around.  Right now, the failures will speak louder than the successes and the best way to avoid that is to stop churning out buggy, unfinished products and consolidate the series. 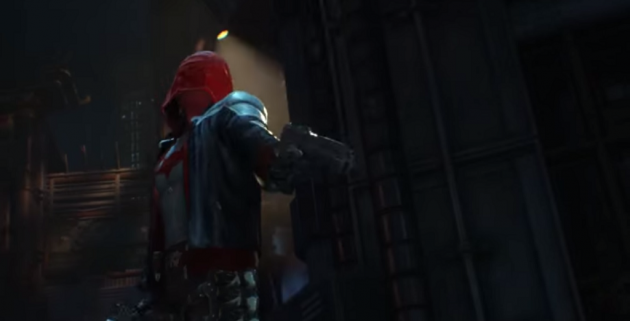 How sad is it that I’m already tired of a game that hasn’t released yet, I have every reason to be excited for, and have actively been avoiding media coverage of to prevent spoilers?  Warner Bros. Interactive is one of the most frustrating companies in the current industry.  With excellent studios like Netherrealm, Monolith, and Rocksteady working for them, Warner Bros. could easily be on par with the biggest companies in the industry today.  They could stand to hold their own personal E3 conference with all of the prestigious developers they have at their side.  T

he only thing holding Warner Bros. back right now is, well, Warner Bros.  They have been pulling all manner of shady practices recently and they’ve been continuously getting worse with every title.  They nearly sabotaged the release of Middle-Earth: Shadow of Mordor by placing an unnecessary review embargo on it, which is publicly seen as a game being overhyped trash ever since Aliens: Colonial Marines, despite Shadow of Mordor actually being a landmark title that earned universal praise.  It was actually up to reviewers to save the title from its own publishers, and I’m not sure how you can even reach that level of incompetence on purpose.  Mortal Kombat X has taken some black marks against it for a rocky launch and greedy practices like microtransactions for easy fatalities.  I know Netherrealm is better than this, as displayed with their continued dedication to include a free costume to all customers with every DLC patch, but they’re stuck working for the kind of people that would dodge gold for pennies.

Batman: Arkham Knight is the latest example of Warner Bros. testing the limits of their customers.  Right in the game’s reveal trailer, they announce that a playable Harley Quinn is restricted to preorders.  Later, they announce that you better preorder through Gamestop specifically because that’s the only way you’ll get to play as Red Hood.  I generally don’t preorder games and no amount of incentives is going to sway me on that.  There’s no telling when a promising title is going to fall flat as companies are becoming harder to trust.  I still have faith that Arkham Knight will be fantastic given Rocksteady’s history, but I’m still going to wait to pick it up simply as a matter of wise spending.  Sell us on the actual game itself before trying to push even more it onto us. 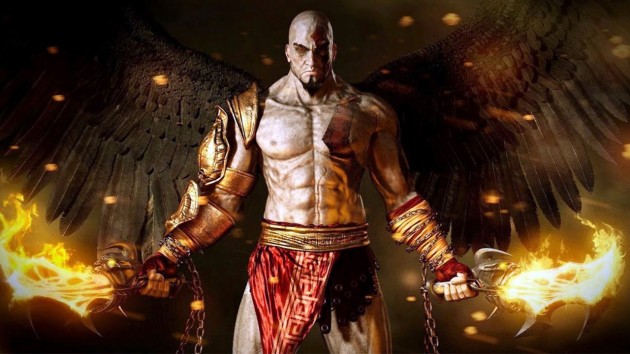 4. More “HD” Remakes of Games that Are Only a Few Years Old

With any new console, quality releases are always going to take some time to build up.  Still, the amount of reliance that has been placed on rereleasing games that the Playstation 4 and Xbox One could already play if they had just made their systems backwards compatible is getting out of hand.  I can understand rereleasing the Halo series as it dates back to the original Xbox and it could use a fresh take, and the Grim Fandango remake was direly needed because the game was impossible to legally get otherwise.  Rereleasing God of War III for the Playstation 4 with no real selling point outside of “It’s on the Playstation 4” is not even worth acknowledging.  Words can scarcely convey just how depressed and enraged I was when one of the most applauded announcements at Sony’s conference last year was that your $400 purchase now made you eligible to buy Grand Theft Auto V a second time.  The game’s most worth remaking are the ones that have either lost some of their luster with age or have become hard to find.  If a remake for Deus Ex, Mother 3, or Battletoads was revealed, it would certainly be cause for celebration.  What we don’t need are remakes of Gears of War, Super Mario Galaxy, or Unchar…  Wait, what’s that?  Uncharted: The Nathan Drake  Collection was just announced?  And it won’t even included any of the multiplayer features from the original games? 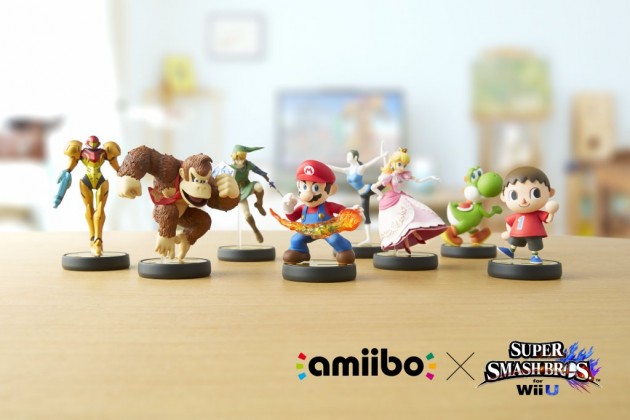 While I like the concept of amiibo, the amount of hurdles that people have to go through over them is quickly burning me out on them.  These figures have quickly devolved from cool collectibles with the bonus of interacting with video games into DLC with arbitrary scarcity.  Hopefully, things will even out once Nintendo increases the supply and the scalpers move on to reselling Lego Dimensions figures (you know it’s going to happen), but the last thing I want to hear about right now is limited edition amiibo specifically designed to be rare.  The gold and silver versions of Mario were infuriating enough to see and I don’t want to see the same treatment given to any other figures.  The quantity of normal amiibo is bad enough that it’s impossible to even tell the difference between the standard and special editions of them. 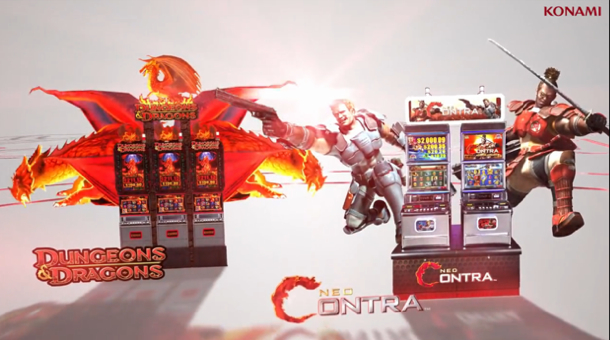 I’ve made it abundantly clear that I don’t have much confidence for Konami after Metal Gear Solid V: The Phantom Pain releases.  I fully expect them to start exploiting all of their franchises for cash-grabs in the mobile and gambling markets, but I don’t want them to prove me right and especially not this quickly.  The state of Nevada recently passed a bill for that made Konami ecstatic to hear it.  It’s only a matter of time before Konami starts to go for a gamble – literally – but making it at E3 is going to cost them whatever remains of their dignity in the gaming industry.  I can’t think of anything that could be announced at E3 this year more heartbreaking than to learn that Silent Hills was cancelled in favor of a survival-horror slot machine. 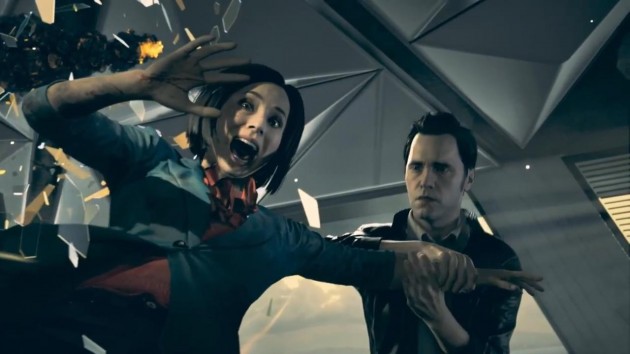 1. Trailers that Say Nothing About the Actual Game

I know I’m really asking for the moon with this one, but I would really love it if every new game announced at E3 this year included an actual explanation of what the game is.  The only thing that I hate to see at E3 more than completely unnecessary musical acts meant to fill time (a trend that, thankfully, seems to have died) is reveal trailers that just play a short CGI cinematic with little to no inclination on how the games they’re trying to depict are actually played.  Sequels and spiritual successors have some lenience with this as we have previous games to draw answers from, but this is the worst way to push an entirely new IP.  Last year had plenty of examples of this like Scalebound and Mad Max just showing brief trailers that couldn’t even depict just the general genres that those games would fall under.  The only reason I know that Phantom Dust involves deck-building elements is because I looked up the original myself after seeing the horrendously vague reveal of the Xbox One reboot.  Quantum Break was a personal thorn in my side for two years straight with nothing but wild guesses as to what it even was.  Fortunately, they finally revealed some actual gameplay at Gamescom late last year, so they can’t pull that stunt a third time.  Still, there is bound to be some new title revealed, and we’ll all be stuck waiting another year or two before being given the slightest reason to care about it.

So, that’s my personal rundown of the worst case scenario for E3 2015.  What are your most dreaded possibilities at this year’s showcase?  How much do I need to shut up for not mindlessly obeying the hype machine and being concerned over what might go wrong?  Leave a comment below and let me know what you think.