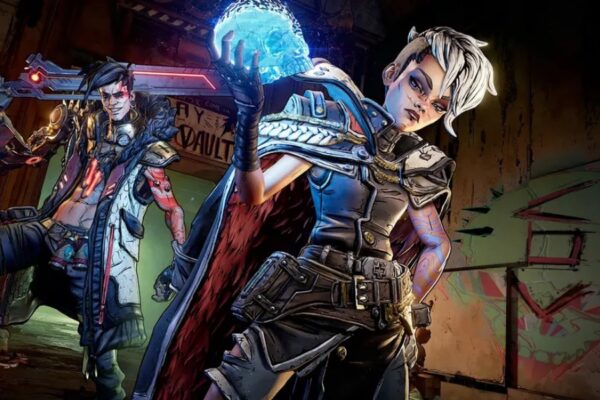 Right now, the Epic Games Mega Sale is live offering hundreds of great titles for affordable prices. To celebrate the sale Epic has teamed up with Gearbox to offer a great deal. From today until May 26 Epic Games Store users can pick up Borderlands 3 for free.

Borderlands 3 is the latest mainline game in Gearbox’s signature looter shooter franchise. At launch, it received mixed reviews with some critics feeling as though its story wasn’t as well-executed as its predecessors. Even so, it is mechanically speaking the best game in the series. Those looking for a more fun looter shooter than this will struggle to find one.

The only catch is that this is only the standard version of the game. That means that you get access to the vanilla product’s content but none of its additional DLCs. Although given that Epic Games is offering Borderlands 3 for free it’s difficult to complain. The extra content would have been nice but the base game still has a twenty-hour plus story. Add on the post-game to that and you’re looking at between fifty and seventy hours for each character.

If you’re interested then all you have to do is boot up the Epic Games Launcher. This can be downloaded on the official Epic Games Store website. Once it’s loaded log in to your Epic account, search for Borderlands 3, and click ‘Get’. Once you’ve added it to your library Borderlands 3 is yours to keep forever. 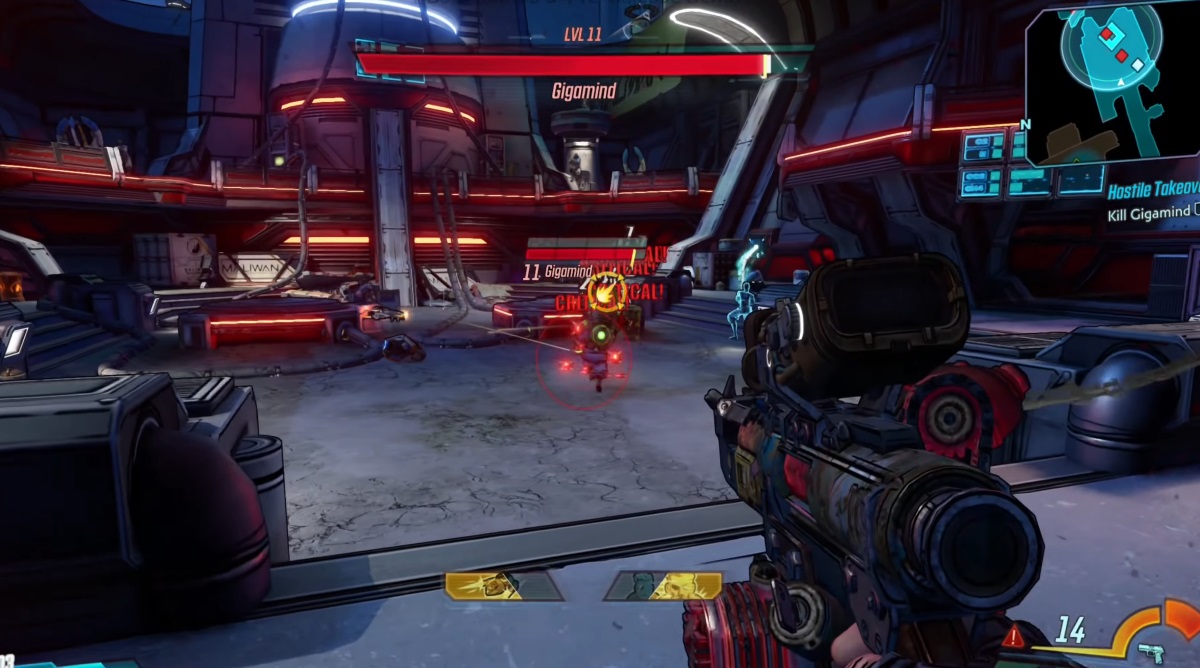 This is only the first week of the Mega Sale. Three more weeks are coming which will all bring with them a variety of new sales and free games. We don’t know what free games are coming yet but it’s worth keeping an eye out. If the first of four was as big as Borderlands 3 don’t be surprised if something even better is on the horizon. 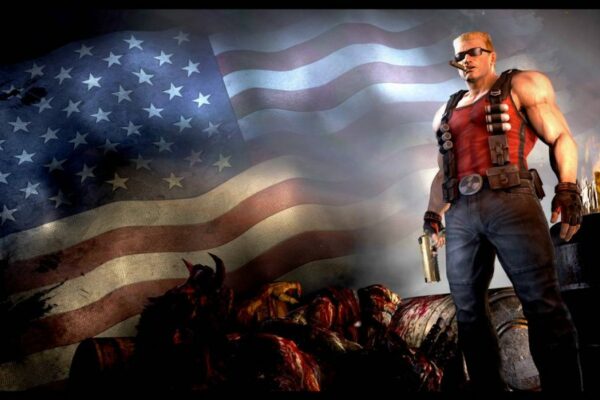 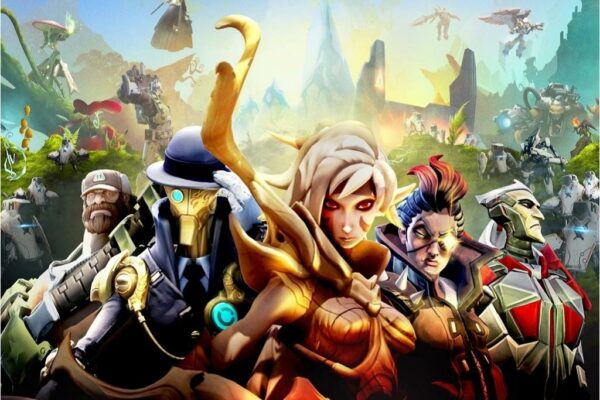 Borderlands creator and famous developer, Gearbox, reveal new details regarding their latest game, Battleborn. Battleborn, as you expected, will have some of the core features of the Borderlands franchise as Battleborn is a FPS title that can be played in co-op mode with a friend. Although Battleborn is said to have some MOBA gameplay elements.

Gearbox VP Steve Gibson explains more concerning how the game came to mind, the game’s genre mix and how the characters were developed.

“Coming out of the success of Borderlands, we started to ask ourselves, what are our strengths as a studio?” Gibson recalls. “What are those strengths and how do we blow them up even further? The first is that we’re good at taking elements from different games and mashing them together. In Borderlands, we took Diablo and made it into a shooter, for example.”

“Battleborn is kind of a mix of three different genres: Street Fighter, elements of real-time strategy games, plus the role-playing shooter thing that we invented in Borderlands.”

“Our other strength is character building,” Gibson continues. “One of the main things fans took out of Borderlands was how much they loved Claptrap and the other characters. So we thought, okay, let’s build a game that leverages both of those, blending genres and building characters.”

Gibson also explained Battleborn’s story further, the main story of Battleborn revolves around the end of all the stars in the universe with the exception of one final star that every race gathers around. They eventually find out the other stars’ death wasn’t just normal but an evil force was behind it and now the evil force is set to destroy the final star in the universe. This is where you step in and since the game will offer many different characters, they will be divided into factions that each has an ideal plan of survival. Factions will fight against each other and this is your PvP mode ladies and gentlemen.

“If you could imagine such diverse races coming together, they would all have different ideas about how to proceed,” Gibson explains. “They will then naturally fall into factions, and inter-factional fighting is where the player-vs-player multiplayer modes come in.”

Here is where things get interesting and new, Gibson states that you won’t have to play with each one of the 25 available characters to level it up, unlike Borderlands, but their will be an overall progress linked to your account.

“In Borderlands, if you maxed out your character, you wouldn’t want to then start from scratch with someone else,” Gibson says, “so we found that out of the four characters, people were only experience one.”

“We’re building 25 characters; it’d be a shame for someone to play just one!”

Also each one of the 25 characters will have their own look, abilities and a distinctive and deep background story. He also stated that during conversations, each character will reply according to their race’s opinion and their life which is pretty difficult but amazing if pulled off correctly.

“The design guys have done a tonne of background work for each of these characters, and as you play them you’ll learn more about them,” Gibson says. “We have way more dialogue in this game than we’ve ever had in any previous game. They will comment on how they feel about the world, but they will also respond to each other.”

“This means that if one guy says something, there are 24 possibilities for which other characters will respond. This is true for every dialogue exchange in the game.” He shakes his head. “It’s bonkers.”

“I said to the design team, do you understand the mathematics of this? How big a voiceover budget do you have?” Gibson laughs. “We’ve been working on this game for a long time!”

Battleborn is said to release early-2016 and it will be available on PS4, Xbox One and PC. Tell us what you think of Battleborn and if it can be even better than Borderlands, I personally think so. (Credit: Stuff.co.uk ) 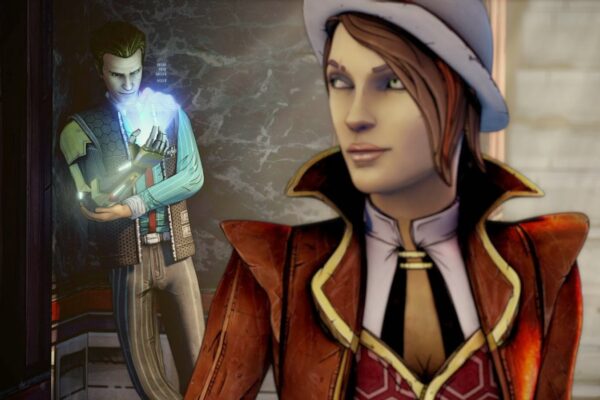 SXSW is a thing that happens, and like all things that happen, it did in fact take place this year. Of all the panels and conferences within SXSW, I am here to grace you with the most important aspect of the event: Tales from the Borderlands.

Key members of both Telltale Games and Gearbox Software sat down to discuss their upcoming collaborative project that takes the narrative, character driven aspects of Telltale’s best work, and Gearbox’s absolutely bananas world and characters to deliver the best of both worlds.

To say that Tales from the Borderlands is promising is to understate how much potential this project actually has. As mentioned at the panel, Telltale has a rich history with comedic games.

Borderlands blessed everyone in 2012 with one of the most hilarious, clever, and self aware games we’ve had in years, so combining that humour with Telltale’s writing prowess has me on the edge of my seat with excitement.