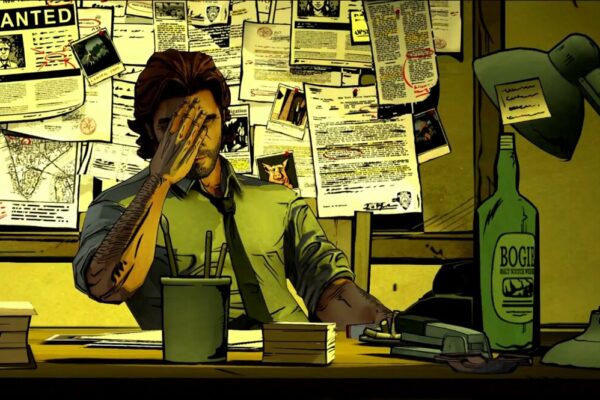 Video games are an interesting form of media. On one hand, we have almost limitless possibilities of video games to advance the realm of interactive storytelling. On the other hand, developers and publishers are holding the medium back when they apply the same tired trends over and over to games because they think that is what the fans want or can’t be bothered to find some inspiration for. Today I’ve put together a list of the top 5 trends in gaming that I wish would just disappear for a while.

Let’s get the most obvious one out of the way first. Zombies were at one point an innovation. Resident Evil showed the world how scary a video game could be by utilizing the tried and true film creature, the zombie.

While there have been games as of late that do something interesting with the concept; namely The Last Of Us, most zombie games are nauseatingly similar to a point that every new zombie game to come out looks like the ten before it. Top 5 Trends In gaming.

If you are going to use zombies in your game, you best come up with an interesting way to apply them, as they’ve been used so much that even the zombies are sick of being badly represented.

THINK OF THE ZOMBIES! 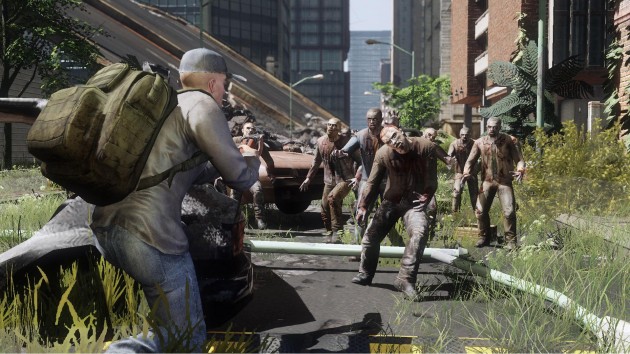 Role-playing games took the world by storm. They showed us that we could have customization in games that would further enrich the experience, while simultaneously giving you the feeling that you have an impact on the journey of your character beyond simply guiding them through the world.

The problem is that developers now use skill trees so much that we hardly see games that don’t have some sort of progression system in place. Furthermore, a lot of the skill trees we do get are so uninspired that they almost needn’t exist, and single-handedly cripple their sense of immersion by some of what they offer.

I did an interview a while back with Charles Cox of 4gency, the studio behind the intriguing and unique Habitat. Not only was Charles a genuinely kind person with goals and aspirations that reach the stars, he also recognized the terrible trend in skill trees and with his game, sought to prove that we could still have skill trees that matter.

Why do I need to unlock the ability to stealth kill If I am capable of wielding a knife and employing stealth to traverse the level, would it not then make sense that I, as someone skilled in the art of sneaking and murder, could then take out someone from behind cover? One could argue that I might be learning as I go, and in some cases that’s true, but when we have such arbitrary unlocks like 5% health increases, it has almost no impact to the point of not needing to exist.

This is even more apparent when you almost exclusively play as these big tough bro dudes capable of punching through solid concrete. We needn’t have such pitiful upgrades.

Use your untapped pool of creative developers! Top 5 Trends In gaming. 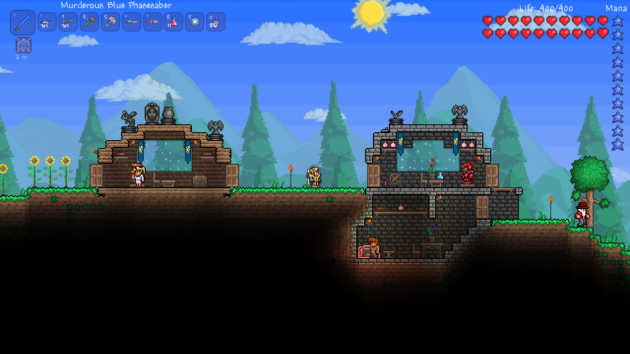 Remember in Skyrim how you could spend twenty minutes chopping wood or drying leather? picking herbs and smelting iron? I sure do. I remember it because it was so commonplace that it’d be impossible to forget.

Remember how every game that had crafting had this slow, tedious, unrewarding grind that took so much out of you that your entire playtime would be spent doing these acts?

While crafting can be an excellent feature that can make you feel as if you’re truly empowering yourself and your character or doing what it takes to survive, these needlessly forced crafting systems in half of the Steam Greenlight games and triple-A titles need to stop being a thing. Top 5 Trends In gaming.

I don’t want to have another game full of pointless items to collect and combine so that you can arbitrarily add a supposed layer of depth to your shallow experience.

Come up with an interesting way to beyond simply looting herbs from bushes, or at the very least, don’t make it so damned time-consuming. 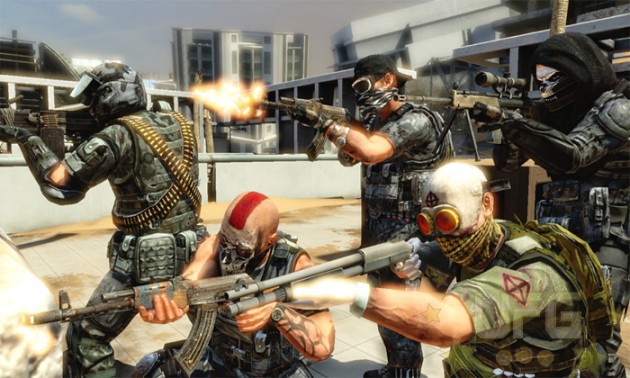 Xbox Live and Playstation Network showed us that we could have truly immersive and unique multiplayer experiences on the home console. It was a blessing and it felt amazing to take a game you loved online to compete with your friends and foes alike for the top spot.

And then every game had to do it…

The recent trend, and one of the Top 5 Trends In gaming, of shoehorning multiplayer into your game to add the buzzwords “replayability” and “online experience” to your box is getting so out of hand that our single-player experiences are suffering greatly. I like to play games for narrative, and I also like to best my friends in an online setting. That said, I don’t want to take my friends on in every single game that comes out, especially ones that are clearly not designed for multiplayer.

When you decide to focus several months of development time on an underwhelming and shallow multiplayer experience, you are not investing your time productively. Your single player is what will sell your game believe it or not, because even die-hard multiplayer fans are getting sick of having Dead Space multiplayer, or Bioshock multiplayer, or Open World Zombie Shooter Crafting Simulation 2015 multiplayer.

If you want to make a rich multiplayer experience, you best have a team big enough to handle the task because a throwaway campaign will do nothing but hurt sales. 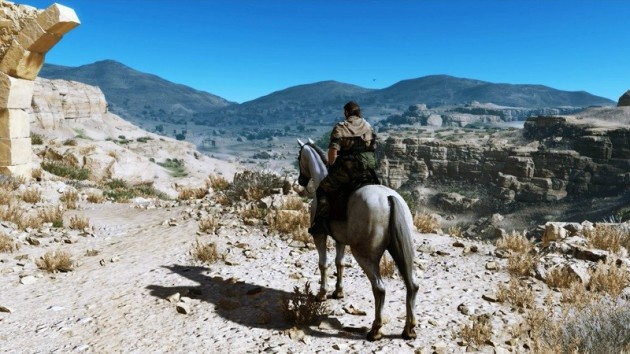 I’ve talked a bit about open worlds when I wrote my piece on Catherine, but I want to specifically focus on why I am so tired of open worlds and I think this is the best time to do so. This is one of the Top 5 Trends In gaming.

First and foremost, not every video game needs to be a non-linear, open-world experience. When you choose to go open world, you sacrifice the following things: pacing, storytelling, and a sense of progression.

Some games did it very well like Vice City or Red Dead Redemption. Even something like Far Cry, despite it lacking any sort of decent plot.

Most games, however, have an issue wherein having an open-world experience breaks up the story so much that by the time you get to the end, you forget everything that has happened before it. Beyond this, being able to select which quest you do and when takes away any sort of intricacy or agency. It leaves you playing short episodes within a bigger world, and none of these episodes have any sort of impact on either in most cases. While that’s fine, your story will lose its conciseness and a lot of the flare it’d have if it were a more scripted and linear experience.

Another point I want to focus on is that developers keep taking our beloved franchises and making them open world. Some might be screaming excitement but I on the other hand feel a great sense of anxiety about whether or not these video games will deliver what their predecessors achieved.

Why does Final Fantasy need to be open world? Final Fantasy XV is going to be a huge video game with sprawling cities and massive landscapes for us to explore. Except, I don’t want to. I play Final Fantasy games expecting to be enthralled in the story they offer. I like having choices and being able to do what I want, but you need to have a limit on it or we’ll end up back to square one, picking herbs and exploring shallow areas that give us little to no reward. Why would you prefer that over having a constantly progressing story that doesn’t take huge breaks for you to endlessly wander? Wouldn’t you rather have a tight progression system not hindered by the bad pacing of an open world? One that makes you feel as if you are growing throughout the story?

The demo, while gratifying and exciting, spent way too much time with your characters repeating banter while traversing a huge and empty landscape. Furthermore, your progression while it worked, was partially linked to you randomly finding weapons to unlock new abilities for your sword-slinging limit-break. While this is okay, it was clear that taking it open-world made it suffer.

Final Fantasy isn’t the only video game though. We have existing franchises that had open world-like qualities like The Legend Of Zelda, Dragon Age, Metal Gear Solid, and The Witcher where you could do what you please, but they still offered a concise and satisfying narrative —  in Zelda’s case, a rewarding adventure through diverse dungeons full of traps and puzzles. So I wonder to myself and ask you again, why would we want to break up all of what makes these video games great for the sake of having a gigantic empty world? Unless they manage to fill the world with life; something I am not counting on.

The Witcher 3 doesn’t need to be the biggest video game world in history. The Witcher 2 balanced open-world mechanics with storytelling in an almost perfect way, so having The Witcher 3 potentially disregard all of this so you can explore massive landscapes seems counterproductive to me. You should only need big worlds in narrative-driven video games to get from point A to point B with some small excursions along the way. They should feel as if they don’t drag on for too long, and they should be there to house the story, not take you out of the story or sabotage the pacing. (Sandbox games don’t apply to this)

Dragon Age had wonderful progression and it offered side-quests if you so chose to take part in them. Now we have The Hinterlands that alone, offer sixty hours of meaningless and frivolous side-quests. 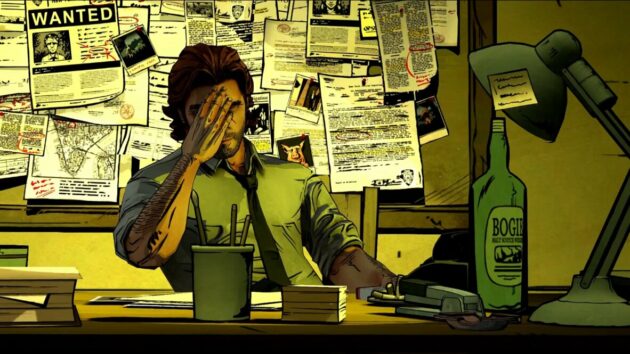 Despite everything I just said, I don’t mean to say that every single thing listed here should be abolished, just that developers should be cautious about how they apply these ideas. They’ve been doing nothing but crippling otherwise interesting games for far too long. Top 5 trends in gaming.