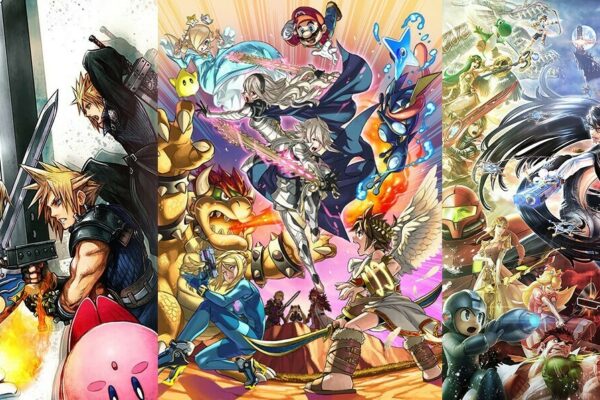 Nintendo has released its final video presentation for Super Smash Bros for Wii U and Nintendo 3DS, detailing the last of the DLC content that will be released for the games.  Tonight, the previously announced Final Fantasy VII DLC will release and include Cloud as a playable character, a Midgar stage, a Chocobo hat for Mii Fighters, and a new Mii costume based on Geno from Super Mario RPG: Legend of the Seven Stars.  Geno has been a popular pick for the roster for some time, but the character is owned by Square Enix and hasn’t been able to make any sort of return since his initial appearance.  A Mii costume isn’t exactly what fans were hoping for, but it’s certainly more exposure than what the character has seen in years past. Today we will discuss the newcomers for Super Smash bros.

The rest of the DLC is set to release in February of next year and will add two newcomers for Super Smash bros to the roster.  First, there will be Corrin, the main character from Fire Emblem: Fates.  Like Robin and Wii Fit Trainer, Corrin will come in male and female versions to match the character’s player avatar roots.  Having manakete blood, Corrin is part-dragon and will be able to perform monstrous transformations.  Corrin’s moveset includes an extremely lengthy side-smash, a back-air that propels him/her forward, a chargeable projectile, a counter, and a spear that can pin opponents to the ground.  Her/his final smash is Torrential Roar, a close-range assassination attack that deals massive damage and knockback to anyone caught in its range.  There won’t be a Fire Emblem: Fates stage added to the game, but there will be two  tracks from the game added to the coliseum stage.

The final character from the newcomers for Super Smash bros joining the roster, and the winner of the Smash Ballot, is Bayonetta from the series of action games of the same name developed by Platinum Games.  She was the single highest voted character in Europe, in the top five for North America, and was the single highest voted character overall out of the eligible characters.  The Umbra Witch is a combo fiend to rival even the highly technical Ryu, even capable of performing lengthy combos in the air.  Her down special is Witch Time, which acts like a counter, but, instead of directly returning damage, it slows the opponent based on the amount of damage the opponent currently has and the frequency of Witch Time being used.  Even if the timing on Witch Time is off, it will at least reduce the damage Bayonetta receives rather than fully negating it.  Her final smash is Infernal Climax, which sets a Witch Time slow-down for the entire screen and begins a Climax Gauge.  Fill the gauge by damaging opponents and you’ll summon the demon Gomorrah to devour any enemies you damaged while the gauge was onscreen.  If an opponent caught by Gomorrah has 100% damage or more, they will be instantly KO’ed.  There will also be a new stage to accompany Bayonetta called Umbra Clock Tower, based on one of the most memorable scenes from her original game.  There will also be amiibo figures released for every DLC character in Super Smash Bros.

One final addition in the February update will be a final set of Mii Fighter costumes.  Along with bionic armor for the brawler, it will include costumes based on Tails and Knuckles from the Sonic series, Takamaru from The Mysterious Murasame Castle, Gilgamesh from The Tower of Druaga, and Ashley from the Wario Ware series.  You can check out the full broadcast for Smash’s final update here.  What are your thoughts on the final newcomers for Super Smash bros?  Who did you vote for in the ballot?  Leave a comment below and let us know what you think.