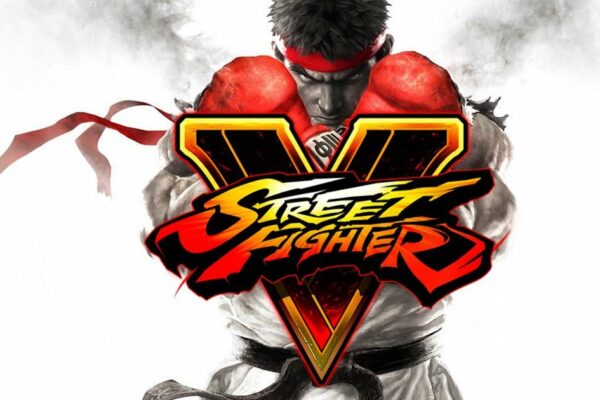 With the release of Street Fighter V drawing ever closer, the roster of fighters is coming together more and more.  Actually, there only remain another five characters to be revealed.  In an official statement made by Matt Dahlgren, the initial roster will have only sixteen playable characters, with eight being series regulars, four being returning characters that have been out of action for a while, and four being entirely new characters.  Of the familiar faces, six will be Ryu, Ken, Chun-Li, Cammy, M. Bison (the dictator also known as Vega), and Vega (the claw-wielder also known as Balrog).  Most of the long-lost veterans have been revealed with Charlie Nash, Birdie, and Rainbow Mika making their returns.  Finally, we know two of the newcomers will be the savage beastman of presumably Aztec background, Necalli, and the wind-wielding Arabian with a gadget-addiction, Rashid.

We could throw wild speculation at the newcomers without luck for days (with one possible exception), but the remaining returning fighters are much easier to speculate on.  Keep in mind that this is all merely speculation on my part and not a preview of any characters that have been officially announced.  As such, I highly encourage readers to argue my points in the comments below on who may or may not appear in the initial roster.  After all, I can’t honestly saw I was ever expecting to see Vega or Birdie make the launch line-up, so Capcom could have plenty of surprises in store.  Also, consider that the sixteen characters that will be included on the disc will only be the beginning as Street Fighter V will consistently update its roster with more characters in a business model similar to League of Legends.  With enough time and resources, we could potentially see every veteran fighter make a return.  Still, these are the safest bets for the roster we’ll all be getting right out of the gate. 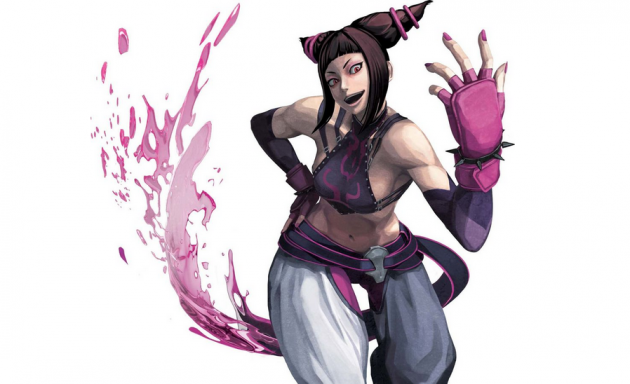 There’s a good chance we’ll see at least one fighter that debuted in the Street Fighter IV games.  If we go off of popular opinions, it’s pretty easy to narrow the options.  Abel is too boring, Hakan is too weird, Rufus is too annoying, El Fuerte seems redundant with Mika and Rashid, and let’s not even talk about Seth.  I’d also rule out Gouken for being both a shoto-style fighter, something we’re unlikely to get another iteration on in the launch line-up when Ryu and Ken are already in, and a boss-level character as we’ll likely only see Bison and maybe one newcomer in that category.  That leaves only Crimson Viper, Juri, and Poison.  It’s a toss-up between any of them, but I’m going to lean more towards Juri making the cut.  Not only is she generally more popular in the competitive circuits, she’s also had a large marketing push to establish her as a mainstay of Street Fighter femme fatales alongside Chun-Li and Cammy as the resident bad girl.  Fan-response has definitely been positive and it only makes sense to strike while the iron is hot and bring the Taekwondo assassin back for another round. 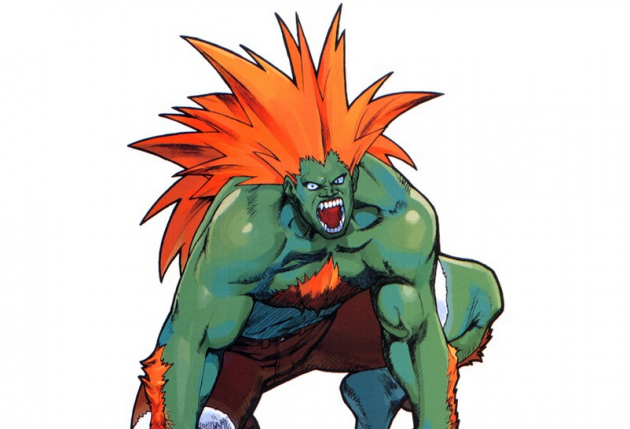 This is the most obvious of the series regulars to make a return and many have already assumed that he’s in.  After all, series director Yoshinori Ono has already given a far from subtle hint that the electric beast-man will be revealed during the Brasil Game Show this October.  Given the fact that Ono has never made it a secret that Blanka is one of his favorite characters, always having a Blanka figurine on hand, I didn’t bat an eye when I first saw him throw on that Blanka outfit to tease his return.  With that said, it should be noted that, much like Mortal Kombat director Ed Boon and Super Smash Bros director Masahiro Sakurai, Ono loves to play with people’s expectations and take his audience by surprise.  I have no doubt that Blanka will be returning as a complete bait-and-switch would be too cruel, but I can’t help but suspect that there’s more in store for the Brasil Game Show. 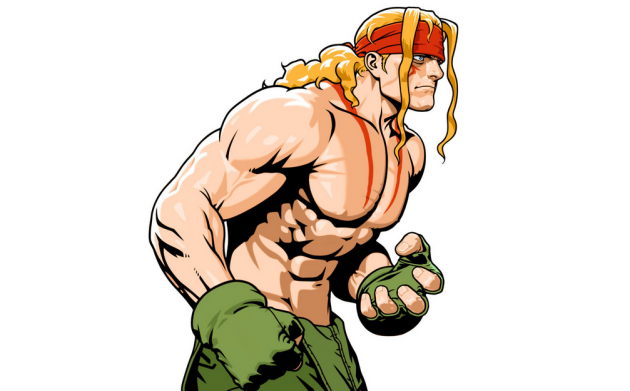 So far, every returning character we’ve seen was playable in the Street Fighter Alpha games.  Following that logic, it seems more likely that Sodom or Juli will make a return before anyone from Street Fighter III.  Then again, the devs are going to want a variety of characters in the line-up, so saving the last spot for someone from III rather than having a royal flush of Alpha characters makes more sense.  Although… 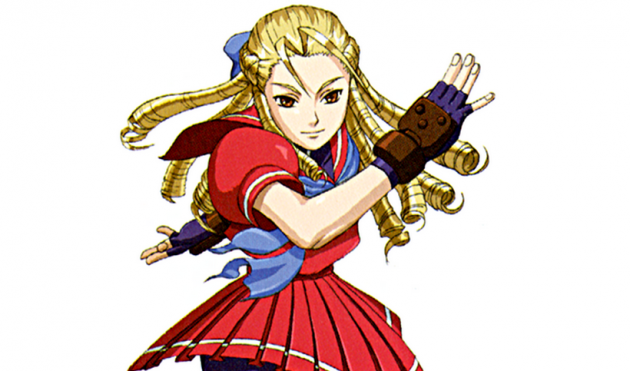 If we are going to see a royal flush of Alpha characters, the most likely candidate is definitely Sakura’s snobbish rival, Karin.  A few supposed leaks have insisted that she’s in, but comparing those leaks against the actual roster debunks them.  Instead, the best indicator that she may get in is a popularity poll that Capcom held a few years back.  In Japan, Karin managed to take the number one spot on the poll.  Despite being the Ken to Sakura’s Ryu, Karin isn’t a shoto fighter and instead uses a style of her own invention called Kanzuki.  While her moves aren’t especially flashy, she does have a strong balance of offensive and defensive moves that could make her viable inclusion for the starting roster.  Including her in the starting roster while Sakura gets stuck in line post-release would make them even after Sakura got in Street Fighter IV while Karin was left waiting in the wings. 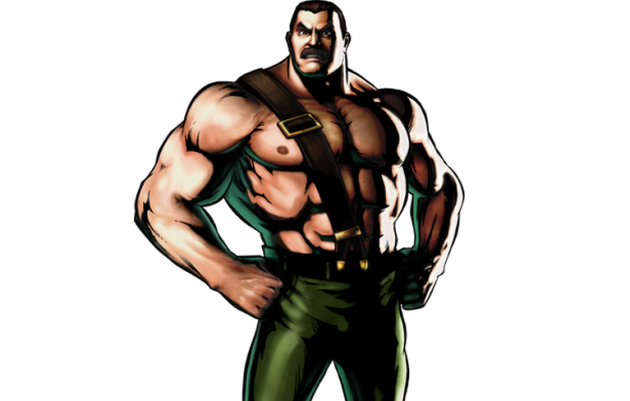 While newcomers are anyone’s guess, there is one new fighter that everyone is banking on joining the roster: Final Fight‘s Mike Haggar.  Street Fighter and Final Fight have always existed in the same universe and several heroes and villains from the Final Fight series have already appeared as playable characters in Street Fighter games, including Cody, Guy, Hugo, and Poison.  However, the main character of the series, Mike Haggar, has yet to appear as a playable fighter in any Street Fighter game.  The closest he’s come is appearing in Marvel Vs Capcom 3 which provides some basis for how he could work in a Street Fighter game, but would not be a 1-to-1 transition.

The biggest piece of evidence in Haggar’s favor is that he actually already appears in Street Fighter V.  In the England stage, there is a large poster hanging in the upper-left showing four of Final Fight‘s heroes, including Haggar.  It definitely looks like the wait is over and Haggar will finally be joining Street Fighter proper.  The only downside is that there’s no way Zangief will be on the launch roster with him as a second heavy-weight grappler, so their long-awaited showdown will have to wait until post-launch. 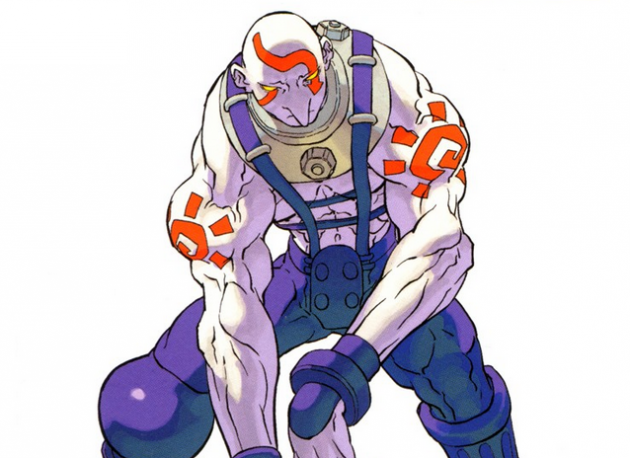 Last but not least, I have my wild card prediction with the genetically-modified Necro.  While I certainly don’t consider him a more likely candidate than Alex or Karin, he may be still be included over them simply for the sake of having a long-range fighter in the starting roster.  Dhalsim is the most famous example of this archetype, and Necro is the only other character in the series history to attempt this style.  While I’m a big fan of Dhalsim, I can’t really see him making the initial roster over several other veterans, so a revival for Necro may be in order.

Granted, Necro has never been an especially popular character and scored pretty poorly on the poll I mentioned earlier.  However, Birdie ranked even lower on the poll and look where he ended up.  It seems that Capcom is using the initial roster to experiment with characters that saw little use back in the day and breath new life into them.  Both Birdie and Mika were low-tier in Alpha 3 and now have bold new changes to make them viable.  It actually makes sense to experiment with these forgotten fighters early and save the fan-favorites for post-launch as characters like Alex and Karin would be easier to sell individually, while bundling revitalized versions of previously unplayed fighters in the starter package drastically raises a renewed interest.  Alternatively, Q is in the same position as Mika as a low-tier that has developed a following over time and may be a safer bet, but I’m still banking on Necro given his long-range style and greater need for a renewed interest putting him just ahead.

Those are my best guesses on who we can expect to see in Street Fighter V, now let’s hear yours.  Could Viper or Poison beat out Juri?  Is there room for one more shoto fighter?  Will Zangief crush heads like sparrow’s egg between thighs?  Is Turkish oil wrestling truly the greatest in the world?  Will Joe from the original Street Fighter finally make his triumphant return (don’t count on it)?  Leave a comment below and let us know what you think.