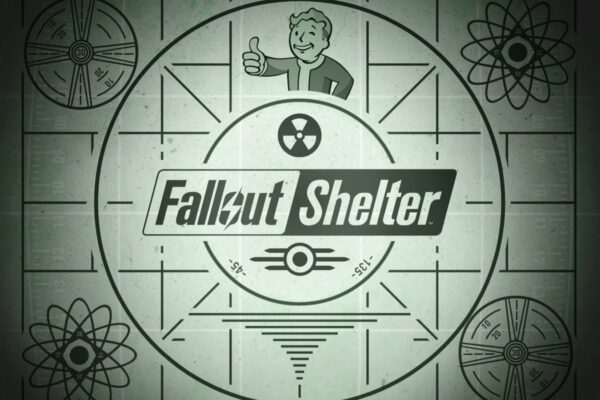 You may have noticed that Fallout Shelter, Bethesda’s free-to-play mobile offering where you manage an underground Vault and its dwellers, has been doing rather well lately. It has stormed the iOS App Store charts in many countries, making headlines for knocking mobile legends like Candy Crush off of the top spots.

I have been playing Fallout Shelter since it was released two weeks ago and whilst it has managed to keep my attention, I wouldn’t say it’s a great game. Your job is to build up your vault and populate it either through having your dwellers procreate or by attracting survivors from the Wasteland. You assign them a room to go to and each room will provide a resource such as food, power, water and health packs. From time to time your vault will experience some kind of catastrophe, whether it’s a fire, rad-roach infestation or a gang of randy raiders looking to ruin all your hard work. Shelter is at its best when you only pick it up for five minutes or so; collecting your resources, perhaps building a new room or two and leveling up your dwellers. 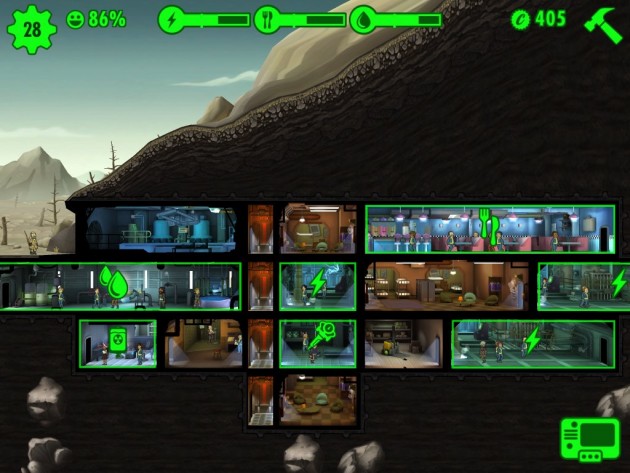 But there are so many times where you will have long stretches of not really having anything to do. You won’t have enough caps to build new rooms, no new people in your vault to assign a job to and no new resources to collect from any dwellers you may have sent into the Wasteland. The way the game handles combat is also uneven and unintuitive. One minute you’ll be taking on heavily armed raiders with no problem at all, and the next you’ll be losing half of your population to one, lone roided up rad-roach. What I’m saying is that the game definitely has its issues.

And yet despite these issues, I love Fallout Shelter. Not because of what it is, but because of what it represents. It is a free-to-play game that doesn’t shove its monetisation options in your face at every opportunity. It isn’t pay-to-win; the in-app purchases only provide you with the same items and resources that non-paying users receive. And the prices aren’t extortionate. The most expensive purchase is $19.99; and whilst that isn’t exactly nothing, it’s a far cry from the $99.99 that gets asked for Gold and Gems in games like Game Of War and Clash Of Clans respectively. 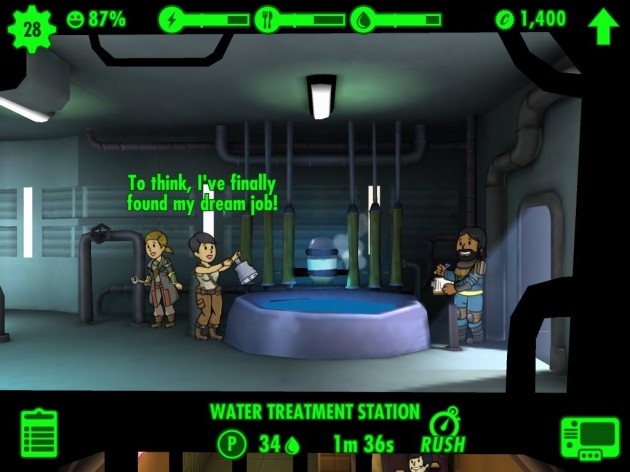 Even at points where you would expect the game to throw up reminders, such as when you try to spend more caps than you have  or when you have a long wait time till your next resource collection, it doesn’t. It won’t suggest purchasing a pack of lunch boxes to maybe get more caps, and there are no purchase options to speed up wait times. The game never forces you to the purchase screen and barely even mentions it. Only when you look for the purchase screen will you find it.

The reason all of this makes me so happy is because Fallout Shelter has done so well; it is in the top charts for many major markets on both iPhone’s and iPad’s. Ok so it isn’t the number one grossing game of all time, but it has made the charts within two weeks with minimal marketing and attracted an audience that normally wouldn’t go anywhere near free-to-play mobile apps.

As of June 29, Fallout Shelter is in the following positions on the iOS Games Charts (data from App Annie):

You can check out the full stats for yourself at App Annie. These are good numbers, and Bethesda didn’t even need to call in Kate Upton for help or plaster CGI trailers on every single YouTube video in existence.

Fallout Shelter shows that it is possible to deliver a successful game without having to resort to addiction tactics and locking off content behind a pay wall. Bethesda have treated their players with actual respect, as if they’re human beings and not just a vessel housing a wallet. And it brings a smile to my face knowing that there is probably a games analyst at some God-forsaken analytic’s firm looking at the games numbers and going insane because none of it makes sense. How could a game appear from nowhere, with no marketing budget, no pay wall, no ads and no extortionate in-app purchases and still make money and get into the App Store Gaming Top 10? 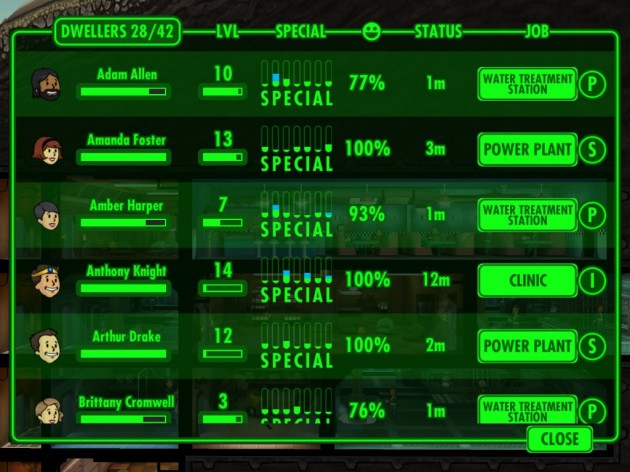 This is why Fallout Shelter is important; because it sets an example. It shows that you can make a game that people enjoy, and make money from it without having to be under-handed. Yes, the game had help by being announced at E3 and by being based on an already popular IP, but that doesn’t mean Bethesda had to make it the way it is. They could have easily made the game pay-to-win, or flooded it with ads or made the in-app purchases go up to $100, but they didn’t. They kept it free and fair, and have been rewarded justly.

My hope is that mobile game developers will see this example set by Bethesda, and take it into consideration with their future games. I hope that they see it as an alternative to just trying to squeeze as much money out of players as possible. And maybe, just maybe, we’ll get some better games out of it.