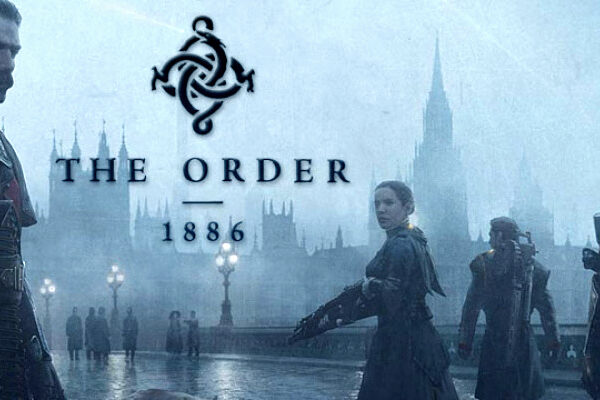 February 2015 is definitely going to be a month dedicated to action games. Despite the relative low amount of video game releases planned for this month, there are a few notable and highly anticipated titles incoming, such as Evolve and The Order: 1886.Here are the most promising video games coming out this month. 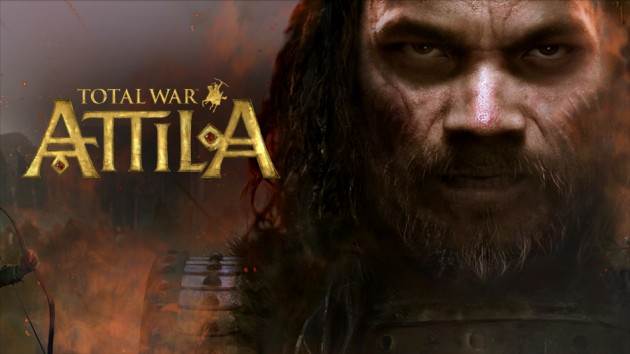 Attila is the ninth game from Sega’s Total War series. The game is based on Attila’s historical conquests as one of the most feared leaders of the Hunnic Empire. Total War: Attila is a real-time strategy game that will feature three main factions: the Danes, the Geats and the Jutes. The provincial system will allow players to choose and adapt tactics depending on the circumstances, since each region within a province can be conquered separately. The game will feature a multiplayer mode and several packs of DLC in the release day, which will add further factions, units and campaigns. You can get it here. 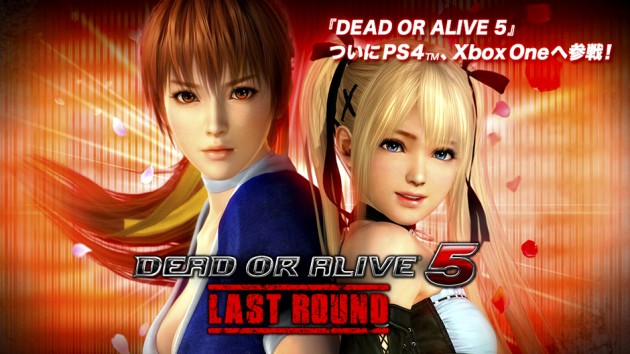 The final update of the Dead or Alive 5 series will arrive late February. Last Round will feature over 30 characters and a set of new realistic moves providing the ultimate fighting experience. The game will also feature multi-stages, allowing players to fight in several consecutive environments. Stage interaction, counter-attacks, combos and costumes will remain key elements in Last Round. However, the typical character brutality and elegance will be displayed with further refinement. You can get it here. 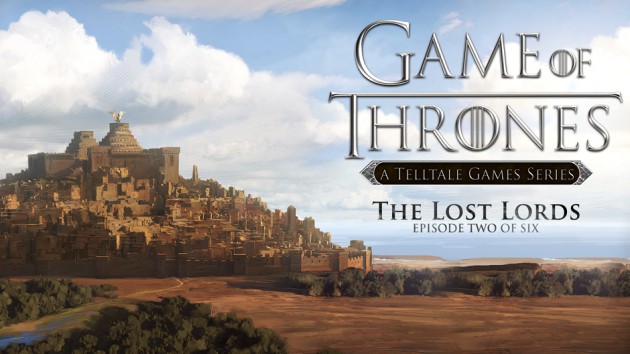 The Lost Lords is the second episode of the acclaimed video game adaptation of Game of Thrones. The new episode is already available and it follows the story of several characters. The journey begins after the massacre at the Twins. It follows Gared’s training at the Night’s Watch – to fulfill his duty to House Forrester he must become a ranger and protect the North Grove. At King’s Landing, Mira  desperately seeks for the Crown’s support. As typical of Telltale Games, this is an interactive graphic adventure based on players’ decisions. 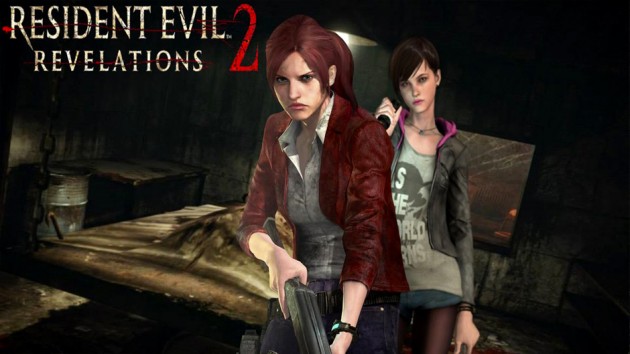 Another game of the Resident Evil series is arriving later this month. Revelations 2 will feature Claire Redfield, as the main protagonist, and Barry Burton’s daughter Moira, as a secondary and supportive character. Other confirmed characters are Barry and Natalia Korda, a little girl with special powers. Very little is known about the storyline, except that it will take place between the events of Resident Evil 5 and Resident Evil 6. This survival-horror adventure will be released in an episodic form and it will feature a cooperative gameplay mode. You can get it here. 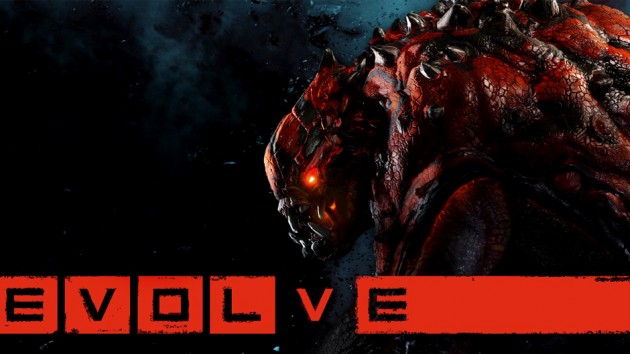 Evolve is a sci-fi first-person shooter game set in a distant future. The plot takes place in Shear, a planet with valuable human colonies, that is soon attacked by volatile aliens. In a desperate attempt to defend  Shear, a team of expendable hunters is assembled, setting the main conflict of Evolve. The game will feature four main classes (assault, trapper, medic, support) and four game modes (hunt, nest, rescue, defend) with over 15 different monster types. Both human and monsters have access to unique skills. However, monsters have the ability to hunt smaller monsters and evolve into something stronger. You can get it here. 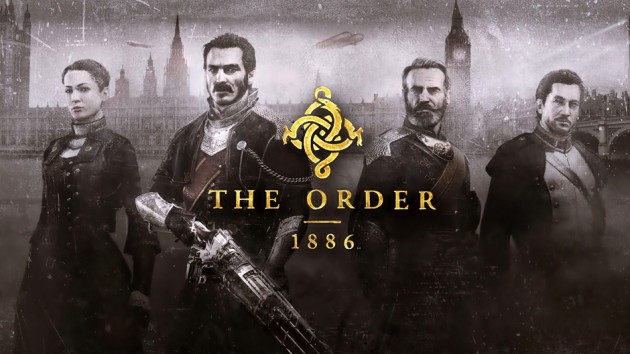 The Order: 1886 is probably one of the most anticipated games of the year and is coming out this month. With the promise of taking full advantage of the next-gen graphical capabilities, this action game will present an alternate history of London, where an enigmatic order keeps the world safe from monsters known as the half-breed. The game will keep certain realism levels by introducing existing monuments and weapons based on historic theories. Some of the unique features in this game involves environmental interaction, lock-picking, small puzzles and group tactics. You can get it here. 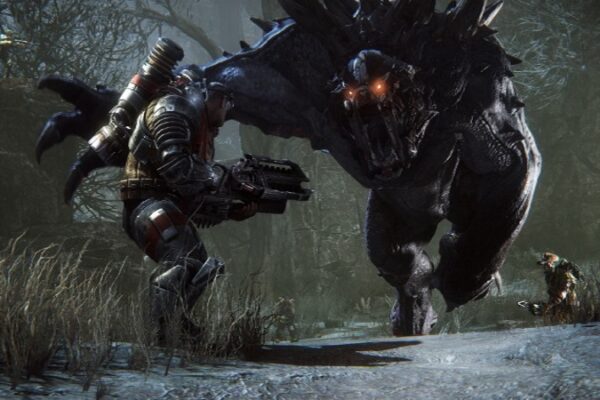 Evolve is a tempting, tempting prospect. Call me cynical, but the concept itself sounds like something that can’t possibly be as awesome as it sounds. The fact remains, though: it sounds very awesome indeed.

Essentially, it’s made its way to the lofty heights of one of my GameZ of 2015 for one reason. It’s a Monster Hunter dream come true.

For the uninitiated, Monster Hunter is a co-operative action RPG experience that sends you on a series of missions. Your objective in all of them is generally to bash huge dragon-things in the face until they keel over. You then harvest their bodies for parts, use said parts to upgrade your gear, and use that to bash even huger huge dragon-things. When the hugest of the huge dragon-things is toast, the credits roll.

For the most part, this can all be done in singleplayer (with or without a scrawny little AI ally by your side). But for me, online co-op play has always been the heart of the series. I’m a support player by nature; paralysing a monster with status arrows for your teammates to whail on and celebrating the victory with them is a special thing. Your online hub is even a tavern, enhancing that spirit of let’s-get-drunk-together comradeship.

With all of this said, there’s one thing that many a Monster Hunter player would like to see. It’d stick out like a sore thumb and be completely ridiculous, but it would be a sight to behold: giving one player control of the monster and letting them loose in an attempt to destroy the rest.

Which is where Evolve comes in. 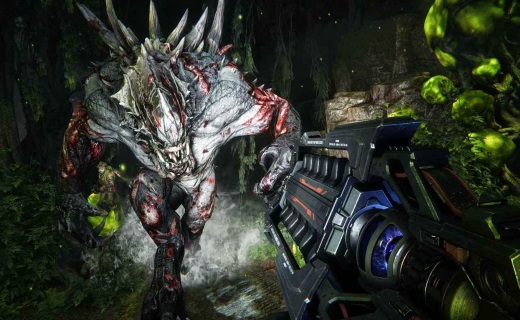 It’s a completely unrelated game, of course, and plays in first-person. Nevertheless, it casts four players as the hunting party and a fifth as the monster, which is really all I needed to know.

Evolve is set in the far reaches of space, where human colonies on the planet Shear are under attack by furious slavering aliens. Mounting the counterattack is one William Cabot, retired space marine sort charged with evacuating the surviving colonists. To do this, he assembles a battle hardened team. From mercenary soldiers to dangerous psychopaths, anybody who can take these things out joins the fight.

Four game modes have been shown thus far: Hunt, Defend, Rescue and Nest. They’re all variations on the beast vs human team concept, but play out rather differently. There is generally a tactical element beyond ‘straight up shoot-tastic shooting and/or clawing’ involved too. With Nest, for instance, the alien player must defend six eggs located about the map, while the humans have ten minutes to destroy them. Meanwhile, Rescue turns the tables, tasking the humans with protecting and evacuating injured colonists before the creature kills them.

The first-person format brings another interesting twist to the game, in the form of FPS style classes. The hunters choose from four job roles: Assault, Support, Medic and Trapper. They’re all fairly self-explanatory, boasting their own little tricks like the Trapper’s forcefield to keep the quarry in place.

Evolve is released on February 10. It’s foremost on my radar for its Monster Hunter-ish tendencies and its unusual asymmetrical gameplay. 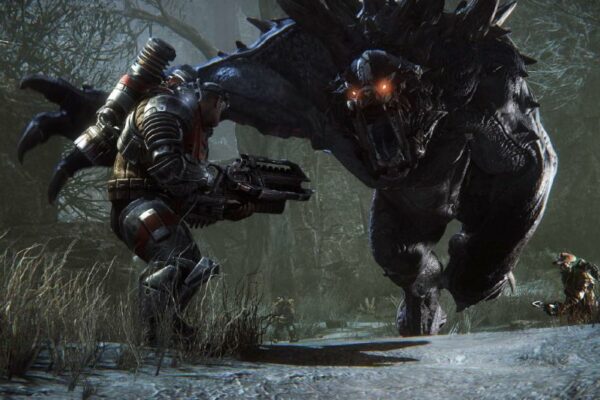 Turtle Rock has released the minimum and recommended system requirements for Evolve, their upcoming humongous monster shooting game that everybody wants to try out once it hits the web. We are here to make sure that your rig is powerful enough to run them – unfortunately not with a free upgrade for your computer, but with the listing of the Evolve system requirements, so that you can make any necessary changes until the game is launched.

With some decent specifications listed, in our opinion, here are both the recommended and minimum requirements to run Evolve:

Pretty decent, we would say – but one thing is clear. The few who are still running on 32-bit operating systems should really make the upgrade because there will be less and less games that they will be able to play. Apart from that, things are looking a lot better than the crazy requirements for The Witcher 3, for example, so we can all be happy with these numbers. Do you agree or not? 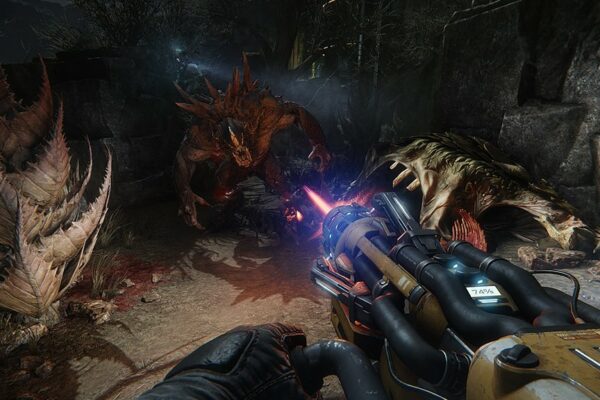