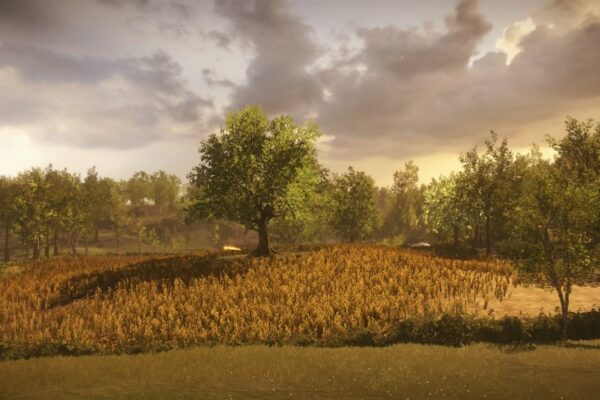 Everybody’s Gone To The Rapture is set in an abandoned, post-apocalyptic rendition of fictional Yaughton Valley in Shropshire (England). The player must explore the valley, interacting with phones and radios in the area in order to uncover the nitty-gritty details of the apocalyptic event. Alongside the various means of telecommunications the player may interact with for guidance and information, there are also fascinating orbs of light that accompany and loosely lead the player throughout the game. Occasionally, these orbs trigger various visions of once residents of the valley. Although some visions are initiated naturally, others must be activated. This is done by tilting the controller in order to tune the frequency of the orb, in a sense. When done correctly, surroundings will darken as if night has fallen and the the recollection of past events will play out. Using a combination of the past events visualized and the information from radios and phones, the player must piece together a timeline of events, in order to try to unveil the primary cause of the disappearance of an entire valley. 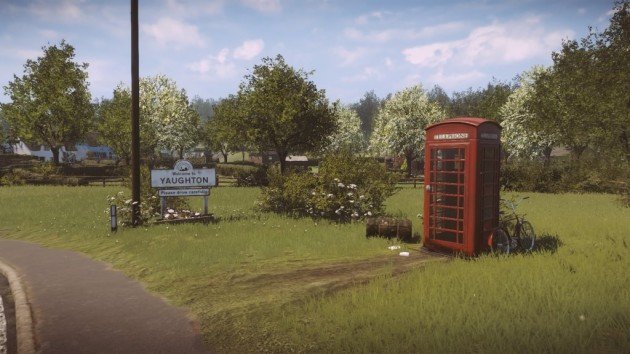 Everybody’s Gone To The Rapture’s setting is a key aspect to maintaining interest and intensity throughout a evidently slow-paced playthrough. The peaceful and tranquil setting can become almost uncomfortable at times in contrast with the dark and sinister plot of the game. I mean, come on, the 1980’s village setting is eerie enough in itself, let alone with no trace of life anywhere. The setting is equally brilliant for toying with the players ideas of what could have happened. Everything seems untouched, cigarettes sit in ashtrays as if left mid smoke, picnics left prepped upon hilltops, there is no real trail of destruction. This consequently will truly lead the player into questioning the reasoning behind the apocalyptic occurrence.

Finally, there is the matter of how aesthetically pleasing the setting is generally speaking, With lack of human existence, Yaughton Valley appears so pure and naturally rich. Accompanied by an outstanding and extremely haunting soundtrack by composer Jessica Curry, the ambiance of the setting is almost melancholy despite it’s apparent beauty.  The setting as a whole is so well developed by Chinese Room and just adds an important level of depth and emotion to Everybody’s Gone To The Rapture. 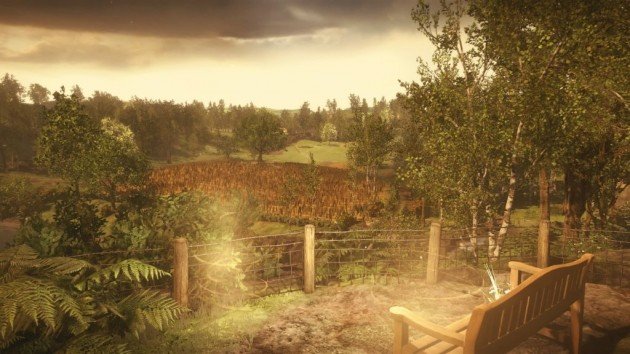 Getting In On The Gossip

Throughout playing Everybody’s Gone To The Rapture, the player will encounter apparitions of light – as mentioned prior, in the form of a select few former residents of the valley. These characters include a parishioner at war with himself, a couple – both of which being scientists, an owner of a holiday camp on the valley outskirts, a farmer and also a pushy mother that is renowned for almost watching over the Valley residents. Not only will the player indulge in these stories for their significance in ultimately piecing together what happened, but also for investigating how each story intertwines with the next, gradually developing a more vivid idea of the timeline of events leading up the apocalypse and the many personal questions looming over the residents. The fun in this is derived from the lack of structure to the assortment of information provided. The structure must be the players own. I’d have a notebook ready if I were you.

The characters within Everybody’s Gone To The Rapture are well developed and casted and in being so are easy to revel in. As mentioned briefly before, the complex and riveting stories of the characters within the game are vitally important due to the generally slow-paced style in which the game plays out. There is no combat or particularly fast movement within the gameplay. However, the intensity of the story compensates wonderfully. As you rush between visions and feeds of information, it becomes easy to forget the whole ideal of finding answers as you almost become lost in the soap opera unfolding between the characters you meet.

Towards the end of the game, the player will feel inclined to a great feeling of satisfaction. Their theories on what could have happened are revealed to be correct or not alongside the many loose ends of the stories throughout are tied. They can finally breathe a sigh of relief.

Everybody’s Gone To The Rapture is a game orientated around making the player ‘feel’. To say it accomplishes just that is an understatement. To compare a game that had me feeling how this game made me feel, I could only use Naughty Dog’s The Last Of Us. This is mainly because it is the only game that has left me feeling so empty upon it concluding. Despite Everybody’s Gone To The Rapture’s finale, as I watched the credits roll to the hymnal music, I felt uncertain despite having all my questions answered, feeling the only way I could fill the void the game had left within me would be by playing a second time.

Alongside the ending there is the span of emotions the residents’ stories and radio installments will make the player feel. As they come to terms with the relationships between the characters, they will be overcome with feelings ranging from pity to anger to happiness. It is all really overwhelming to be quite honest.

Overall, throughout the player’s journey through Yaughton Valley, it is apparent there is a prominent feeling of fear as the player will no doubt question how they play and proceed throughout the game as if they were living the events occurring within the game for themselves. 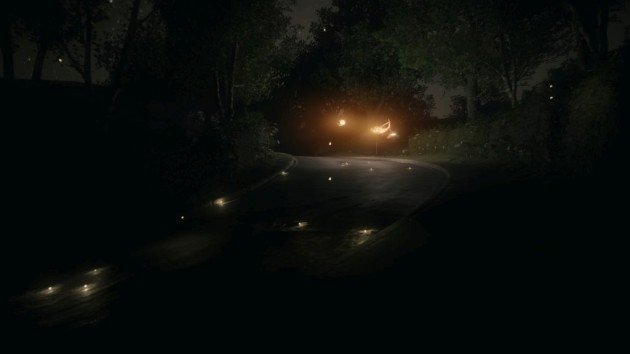 Everybody’s Gone To The Rapture does well to exhibit that a game does not require intense, hands-on combat, a dangerous and unpredictable setting or even ‘living’ characters in order to be a wonderfully emotional and memorable game. Developers masterfully ensure players have guidance if required via the orbs of light, but can also explore the post-apocalyptic setting to their own leisure if they wish. With its primary focus being enlightenment of the unknown, Everybody’s Gone To The Rapture is quite a frightening and uncomfortable game. The setting, Yaughton Valley in which most residents live in each others pockets, aware of one another’s business is perfect for making the game more believable and all the more creepy in being so.

Despite the profound sense of emptiness I felt upon finishing this game, I would still recommend it to anyone that loves a game with the ability to not only test you mentally, but to also truly make you feel.