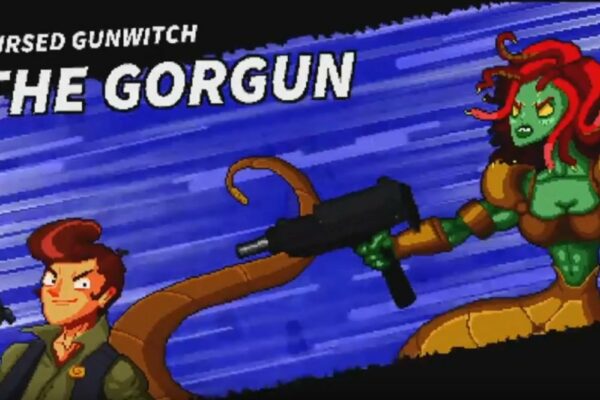 It’s time to talk about another boss in the amazingly addictive Enter the Gungeon and this time I’m here to share with you a guide on how to beat The Gorgun. She is a boss you will meet in Chapter 2 or Level 2, whatever you want to call it, and honestly, she is one of my least favorite bosses on that level. I actually hate her and whenever the boss fight starts, I don’t want to see her. But somehow it’s her that I keep getting, which is a good thing for today’s article since I know how to destroy her and get a perfect run as well. If you read on, you will do too.

So no matter if you love her (why would you?) or hate her, you have to do your best to avoid her attacks and take her out as soon as possible. You will need decently high damage and at least a mid-range weapon since you won’t get too close to her because of the trail of poison she leaves behind, but apart from that, you can do it without using your blanks. So let’s get this started!

How to beat The Gorgun in entering the Gungeon

When she’s shooting the spiral: keep the distance and try to find the gap, it’s usually in a vertical manner and it’s relatively easy to keep avoiding the entire wave of shots if you start on the right foot.

When shooting randomly – just keep the distance and dodge all incoming bullets. Try not to be near a wall because that makes it a bit more difficult – but usually just keeping the distance is enough to get past this as well which is in my opinion her most dangerous attack.

Finally, don’t forget to step in the green goo that she leaves behind after she goes swimming: if you’re on it, just get away ASAP and you won’t be affected. Just don’t spend too much time there if you want to survive, OK?

This is it! Now you know all the tricks you have to know to defeat her – and trust me when I’m saying that practice makes perfect in her case. I really hate this boss, but I kept getting her during my runs and became a bit of an expert, and now, following the tips above, I almost always get perfect wins against her. Which is not bad – and you can get there as well.

Don’t forget that we’ve published more guides for this video game and you can check them out here: how to beat Bullet King, how to beat Wallmonger & how to unlock The Robot (secret game character). Come back soon for even more guides! 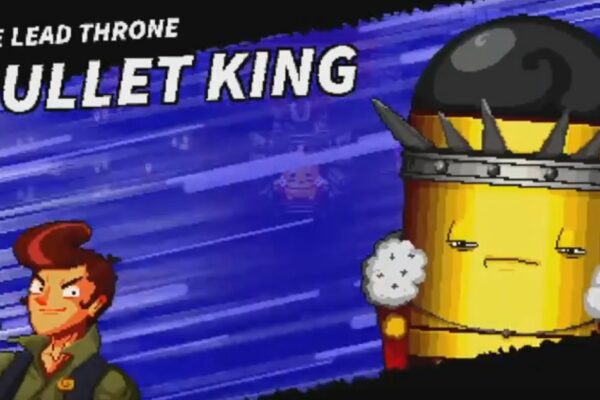 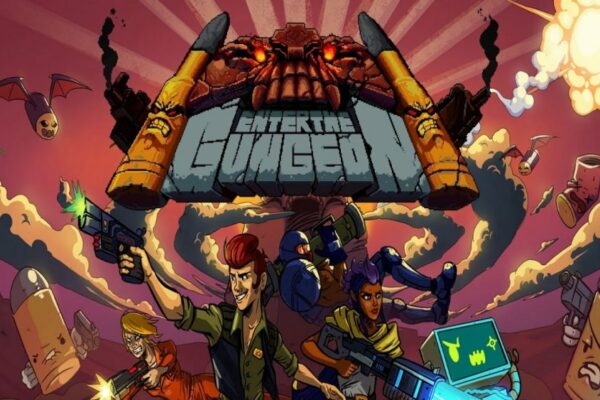 There are a ton of secrets, hidden characters and surprises waiting for those who start playing the amazing Enter the Gungeon roguelike that has just been released on Steam and we’re planning to share some of these secrets with you in a series of guides dedicated to the game. In this article, we’re going to share a guide on how to unlock the secret character The Robot in Enter the Gungeon – but it won’t be easy. It will be fun, though, so let’s not waste any time and let’s check out this tutorial!

First off, let’s see what The Robot is all about!

Apart from looking pretty amazing (like an old computer bent on destroying any person, monster or robot it encounters), it also starts with a cool weapon: the Robot’s Right Hand, the Coolant Leak item (that sprays water around, extinguishing fires) and the Battery Bullets passive (bullets that pass over water become electrified). So yes, he’s a really good character, so let’s see how to unlock The Robot in Enter the Gungeon!

1. In chapter 2, go to the elevator room (where the elevator first was and now’s a hole) and jump down that hole.

2. You will get to a new room where the Elevator Monster can be found. Give him supplies to unlock the option to travel to any chamber.

3. After jumping down the elevator hole, you will get to a room where you will find an item that looks like a broken TV. Pick it up and hold onto it until you reach Blacksmith in Chamber 5.

Tip: While getting there, you might get to drop the TV or throw it to get past platforms. On each occasion, make sure that you pick it back up before leaving the room, otherwise it will disappear!

4. Once you get to the Blacksmith in Chamber 5, talk to her and give her the TV. And now you will have The Robot in the game! Here’s the little fella:

So you now have managed to unlock one of the secrets in the game, but there are more so make sure you come back soon to Vgamerz to find out everything about them all!