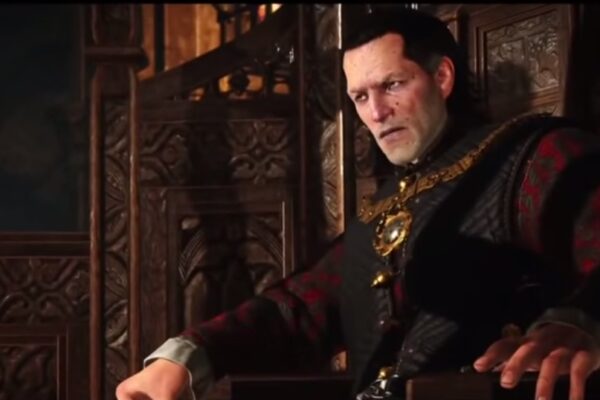 Emhyr var Emreis is the Emperor of Nilfgaard. He is seen as a very good ruler for the Nilfgaardian people, but he is also an extremely aggressive one, much like all of the Nilfgaardian Emperor’s before him. It is also extremely intelligent and determined, he will always strive to achieve what he wants with 100% conviction. He is also very ruthless, he once broke a treaty with Termeria for peace after only sixteen days.

Due to his high intelligence, he has been able to quell any plots against him and he also chooses his allies very well. Emhyr var Emreis allied Nilfgaard with the Elder Races (elves, dwarves, and gnomes), which is the complete opposite of the kings in the Northern Kingdoms, as they rule societies which treat non-humans as second class citizens and most, if not all, of the rulers hate the Elder Races purely because they are not human. It used the Elder Races as a distraction for his opponents, and they also supported his main army. Most of those fighting for the emperor were elves. In return for their allegiance the Nilfgaardian emperor gave the elves Dol Blathanna (the Valley of the Flowers in Elder Speech) as an independent state, which was once owned by the elves for a long time until the humans conquered it. Enid an Gleanna, also known as Francesca Findabair, was decreed the queen of the elven state by Emhyr var Emreis.

The Elder Races named Emhyr var Emreis as Deithwen Addan yn Carn aep Morvudd, which means the White Flame Dancing on the Barrows of his Enemies in Elder Speech.

In the upcoming Witcher game, The Witcher 3: Wild Hunt, Emhyr var Emreis will be voiced by none other than Charles Dance.

*Spoilers for The Witcher 2: Assassin of Kings*

*Massive spoilers from the books about Emhyr var Emreis! Only read if you must know*

Emhyr var Emreis was cursed at the age of thirteen by a wizard who was hired by a usurper of the Nilfgaardian throne, once Emhyr’s father refused to co-operate with them they decided to curse his son instead. The cursed had turned Emhyr into a beastly looking figure with a humanoid shaped body figure and a face which was spiky and resembled a hedgehog. Geralt of Rivia managed to lift the curse off of him.  Sound familiar yet? Yes, that’s right, Emhyr var Emreis is actually Duny. That also means that Emhyr var Emreis is Ciri’s father. We had been under the impression that Ciri’s parents had died while crossing the Sedna Abyss on a boat, what actually happened was that Pavetta (Ciri’s mother) found out that Emhyr was taking them both to Nilfgaard so she left Ciri behind. Emhyr possible threw Pavetta overboard himself due to his anger. He then left to claim his birthright of Nilfgaard. He has tried to kidnap Ciri multiple times.