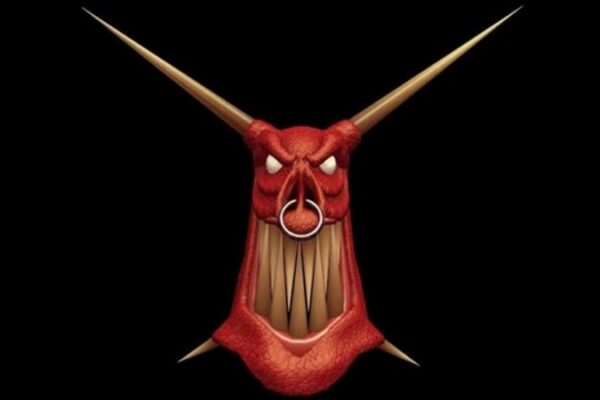 Ah, Dungeon Keeper. You twisted, twisted bugger. I love you so.

You know how it usually is with god games. There are two kinds of player, generally speaking. The first will painstakingly carve out a flowery, cutesy little slice of Nirvana for their followers. Society will prosper, everyone will smell of lavender and rosehips, and they’ll all be polite and considerate to each other. Alternately, there’s the malevolent route: heaving thunderbolts about the place to fry your hapless people in their homes, crush buildings will boulders and avalanches on a whim, and summoning constant natural disasters on a whim just for a laugh.

For me, this dichotomy is best represented by Molyneaux’s Black & White, and its brilliant morality system. But before that, he created Dungeon Keeper, almost exclusively for members of the second group of player. If you’re a pulling-wings-off-of-flies, watch the world burn sort of gal/guy, this one was for you.

This RTS classic hit PC in 1997. It subverted stereotypes by casting you as the evil dungeon overlord, and your enemies as the goodly invaders. Your objective was to take over the world from beneath, by crafting a sophisticated series of dungeons. From your seedy lair, you’d summon and train up an army of hideous creatures to challenge the heroic defenders of each town. Knights, dwarves, wizards… all the usual tedious do-gooders were out to destroy you.

You began each level with just a handful of Imps in your charge. In a battle, these little guys were about as much use as a one-legged kitten in a coma, but they’re essential workers. Your Imps were in charge of digging to expand your subterranean realm, claiming land on which to build, mining gold to fuel your efforts, arming traps and doors… you wouldn’t get very far without these guys.

To build your army, you’d have to claim a portal. These mysterious entry points lay under the earth, and were your first port of call when you start digging. From them, creatures would emerge, each tempted by a different sort of room. Constructing a library, for instance, gave the keeper twofold benefits: dropping your minions inside would order them to research both offensive and defensive spells for your to cast; it would also summon Warlocks through your portal. These powerful ranged fighters were always great to have on your side. 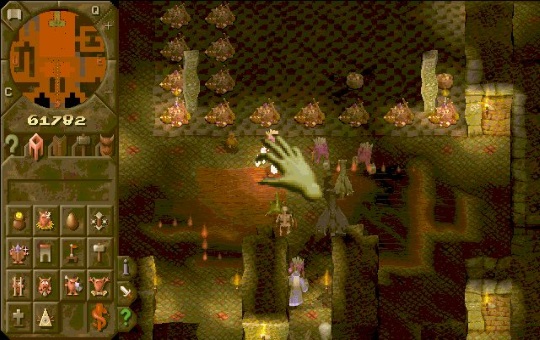 Some of your minions would be simple giant flies, spiders and beetles, but it soon got much more interesting. The Bile Demon was always my favourite, a ghastly Jabba the Hutt wannabe with vicious twin maces where its ears should be. It attacked with brute strength and poisonous gas (by farting, naturally), and is just the kind of horrible thing you’d expect of Dungeon Keeper.

The game became a cult favourite for its unique perspective, its brilliant character design and its skewed sense of humour. I fondly remember the first time I slapped a Bile Demon (another function of the Hand of Evil, which increases your minions’ workrate) and it gave me the finger in response. Dungeon Keeper is liberating, too. Not just for the ‘It’s Good to be Bad’ role-reversal, but also for the range of approaches to each stage.

Will you steamroll the Heroes with sheer force, taking the time in the training room to develop a huge horde of level 10 warriors? Will you allow them to come to you instead, and dispatch them with traps you’ve built in the workshop? Or, indeed, will you focus on smiting them with magic spells you personally cast? So many fiendish possibilities. 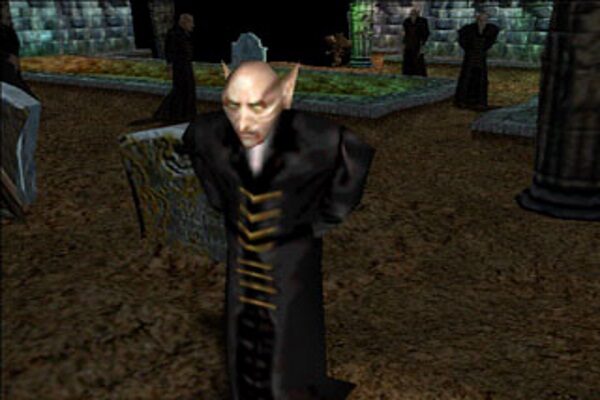 Why yes, vampires and zombies and all of those ghastly dead things are ten a penny in video games. Are they special enough to warrant inclusion in the VGamerZ Monster Files? Usually not.

We’ve previously taken a look at Plants Vs Zombies’ take on the undead, which at least lent a toontastic cutesy spin to the old cliche. After all, we’ve seen a lot of zombies, but how many of them were disco dancers (Michael Jackson’s Thriller video notwithstanding)? Or scuba zombies with rubber rings around their waists? That’s the difference, right there.

Now, vampires have never quite reached the video game fame level of their undead brothers. But they’ve been done, and never with quite as much style and flair as these guys. Let’s take a look.

Macabre/black humour-y strategy game Dungeon Keeper had some great creature designs. In this series, we’ve already seen the Bile Demon, whose name probably tells you all you need to know. But nothing in the game struck me more than its unique take on the vampire.

For the uninitiated, the game has you constructing a series of dastardly lairs beneath the ground. From there, you’ll do battle with the goodly heroes who invade, which means you’ll need an army of your own. All kinds of hideous beasts will join your ranks, including the far-too-studly-for-you vampire.

This guy. This guy. He looks brilliant (design-wise, that is. Let’s not get into Dungeon Keeper’s blurtacular nineties visuals), he fires crazy spells at your enemies like a mad mofo, and he can resurrect himself on death. Yes indeed. When killed by a hero, your vampire will simply respawn unharmed; albeit at the cost of one experience level. This ensures he’ll be around to bring the pain for some time to come.

A nigh-immortal, very powerful unit which is proficient at both close combat and ranged fighting. Who also looks awesome. You can’t argue with that. Add in the fact that he stalks the halls of your dungeon sucking his own blood for some damn reason, and you can see the kind of badassery levels we’re reaching here.

Let’s also mention the unique manner of recruiting them: they spawn in your graveyard when enough bodies have decomposed there. Yep, it’s just as creepy as it sounds. 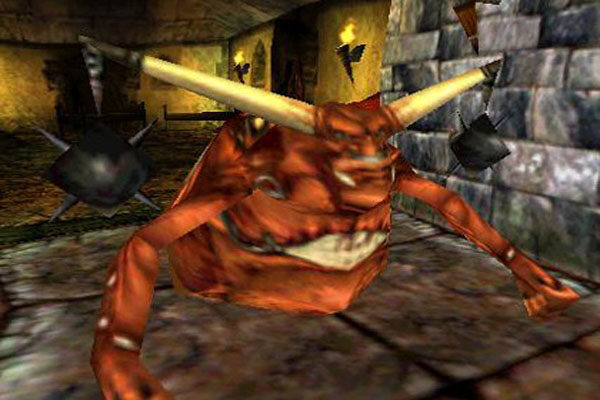 You see this thing’s name? Its malevolent, I-eat-your-face appearance? You’ve probably already made your snap judgments from that, and they’re unlikely to be flattering. Does the Bile Demon look like the kind of guy who volunteers at a soup kitchen? Or has a sensitive side, writing poetry and sobbing at girly movies like The Notebook? No, it doesn’t, and no it doesn’t.

Not that I support judging a book by its cover –grandma told me not to do that, after all– but you’d be exactly right. That’s really all you need to know, but in the interests of more word-typery, I’ll continue anyway.

This sentient tumour hails from cult classic Dungeon Keeper. In this 1997 PC release, you were tasked with building your own evil empire beneath the ground, and defending it from the goodly Heroes who invade to end your reign of terror. To do so, of course, you needed an army of your own.

By means of portals, you could attract all manner of ghastly beasts. If your food stocks were high enough, the portly horror that is the Bile Demon would join your ranks, shuffling about on its leg-arms and farting and generally being unpleasant. And while it may be a bad house guest (you don’t want to use the bathroom after this guy), it’s certainly something you’d want on your side in a battle. 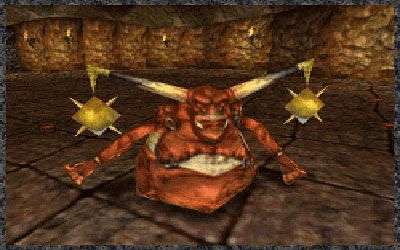 In combat, it’s a fearsome foe. As its appearance also suggests, it’s quite resilient, and takes a lot of punishment. It’s a powerful attacker too, with those bizarre twin dangly mace-things it has. But the Demon’s best trick is its use of poison, by way of farts. These can be fired as a projectile or unleashed the old-fashioned way, which creates a sort of AOE health sapping effect when enemies draw near the cloud.

Like all huge red disgusting blob monsters, the Bile Demon is also a dab hand at manufacturing. In the workshop, they can forge traps and doors to bolster your dungeon’s defenses. Not many creatures perform that function, so there’s another bonus for this guy.

In summation, this hideous beast isn’t one of gaming’s finest creations. For some of us, though, it’s quite an icon. Who could forget the sight of Ol’ Biley giving you the finger when you slapped him? Nobody, that’s who.