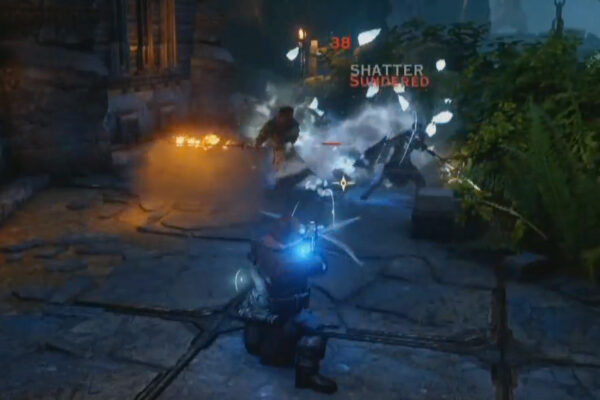 BioWare’s creative director Mike Laidlaw and producer Cameron Lee answered a few Dragon Age Inquisition fan questions on twitch today, unveiling a substantial amount of new content. Combat has grew and progressed into something way more engaging and intuitive. It’s already known that taking cover and jumping will be two new movement actions that will aid combat in Inquisition but there’s more. Players will also experience, for the first time in Dragon Age history, how to play with free cast. Casting skills anytime, anywhere will become a possibility, as Mike Laidlaw explained:

Unlike previous games, you’re free attack and free cast. We wanted to make sure you could prepare and execute things like being able to lay out traps and land on stealth. 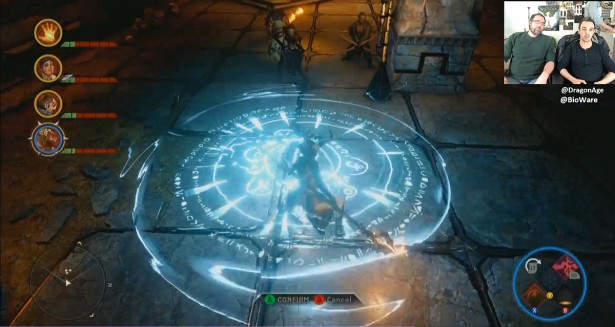 This means that buffing and shielding your party before a hostile encounter will be possible as well. But watch out, Inquisition will have an interactive friendly fire system that may endanger both your enemies and your party members. However, this feature is a separated mode in game and it’s not tied to difficulty, it’s a mere challenging option that can be disabled.

The health damaging system from Dragon Age II will return and as it happened before, characters won’t fully restore their HP upon a take down or harsh damage. To restore their well-being, players need to drink potions or return to the Inquisition’s castle. In this upcoming game, players can also resurrect their fallen companions and each one will carry his/her own limited potions. But in case of impossible battles, players can always retreat, as Laidlaw and Lee stated:

You can disengage from virtually any combat. And what would it do if your character is unconscious, pulled behind you. They get back up, sorely wounded often using the limited health potions. So, there’s definitely a cost of doing it. 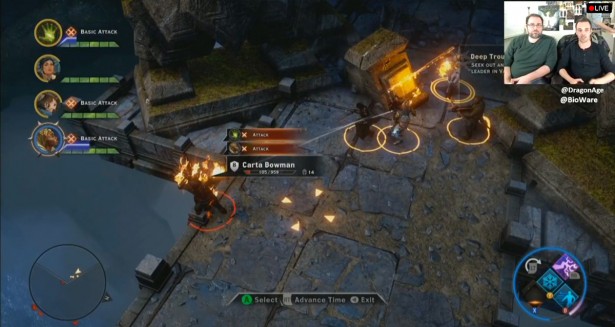 When it comes to difficulty modes, BioWare ensures that environmental impact will play a huge part in Inquisition’s gameplay. For example, you can now fall off bridges and high places, which can be lethal most of the time. This means that fall damage is another new combat feature in-game. Another interesting aspect, is the fact that enemies don’t scale off player’s level except in plot quests, where enemies tend to keep up with the difficulty standards. In the vast open world, certain species won’t respawn ever again but there are others that will slowly respawn depending on how much players hunt them.

Finally, BioWare has commented on companion/follower relationship meters in Inquisition, which will have a different system and a hidden interface. All types of visible relationship bars and levels will be abolished in order to create a more realistic environment. This change will force players to interact and pay further attention to their favorite characters, since it’s the only way to notice if he/she is in good terms with you. BioWare explained that players will realize the state of a relationship through deep interaction, type of answers, behaviors and reactions to the Inquisitor’s decisions.