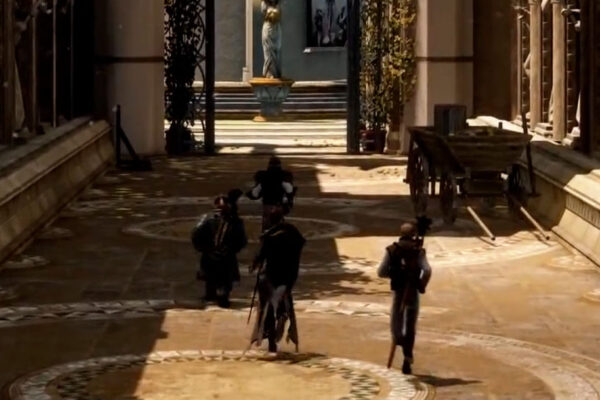 Discover the Dragon Age, the latest Dragon Age Inquisition environmental video released by BioWare reveals a new unidentified companion. One of the many scenes in this video displays the Inquisitor along with Varric, Cassandra and a male elf running through a noble hall. Now, the question arises: who is this new companion?

The fourth Inquisition companion to be unveiled is a male elf with magic powers. Yes, he is a definitely a mage, judging by the staff on his back. His barefoot-shoes, that look like Fenris’ and Merril’s indicate that he is most likely from a poor family, something more than common among elves in this universe. It’s hard to make further assumptions since the only visual we have is his back.

Officially, this character doesn’t exist since it hasn’t been announced yet. But that doesn’t mean he’s not a reality.