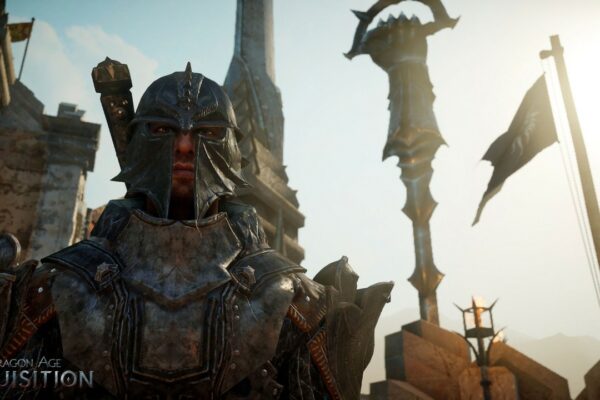 There are rumors circulating the internet concerning Dragon Age Inquisition’s armor customization system. According to BioWare, this system will clearly differ from the previous two games, as VgamerZ reported two days ago. Equipment customization will be more complex, extensive and diversified. However, Dragon Age fans are curious if whether or not the upcoming system will feature dyes. Today, in response to a player, BioWare’s GM Aaryn Flynn indicated that was affirmatively said in the past is true until proven otherwise. Check the Twitter conversation here:

@Jorori22: Can I change the color of my companions armor?

‏@BioMarkDarrah: We will talk about crafting later. It’s too big a topic for twitter.

@AarynFlynn: It’s a “we can’t talk about it yet”. Sorry, but thanks for your patience!

@Jorori22: Long ago were saying yes.

@AarynFlynn: OK then please assume that’s still accurate until you hear anything else 🙂

Nothing is certain yet but it appears to be that color changing and dyes will be part of Inquisition’s armor customization system. The rumor suggests that players won’t simply be able to modify their equippment, they’ll be able to customize their companion’s gear as well.

Dragon Age Inquisition is expected to be released during this Fall for current and next-gen platforms, PC, PlayStation 3, PlayStation 4, Xbox 360 and Xbox One.