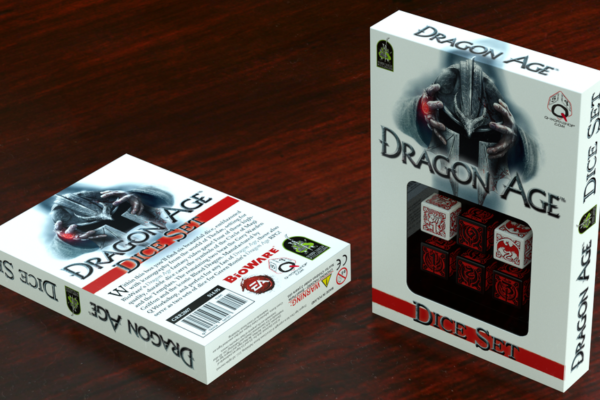 Dragon Age Inquisition release date is still unknown and fans are growing impatient day by day. To make this long waiting more bearable Bioware decided to create a special dice set to be released on March 3rd. The company announced today via twitter that players can pre-order the dice set starting from today:

The packs contains six dices emblazoned with iconography from the world of Thedas. Four of the dices carry the legendary symbols of the Circle of Magic and the Templars. The remaining two bear the Grey Warden Griffon and the iconic Blood Dragon.