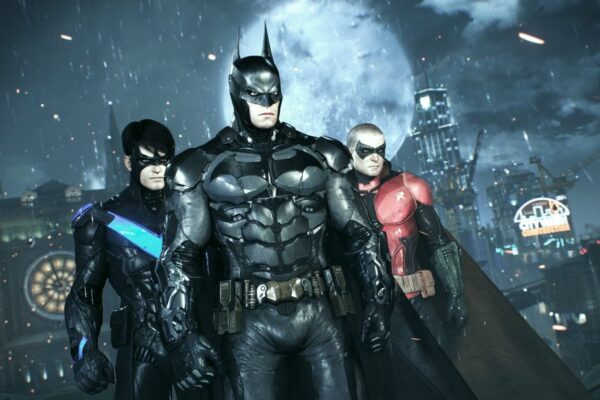 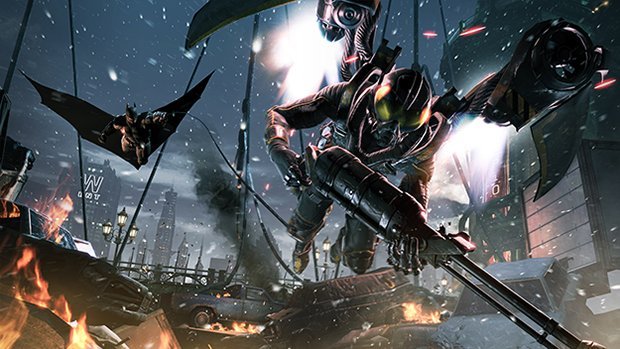 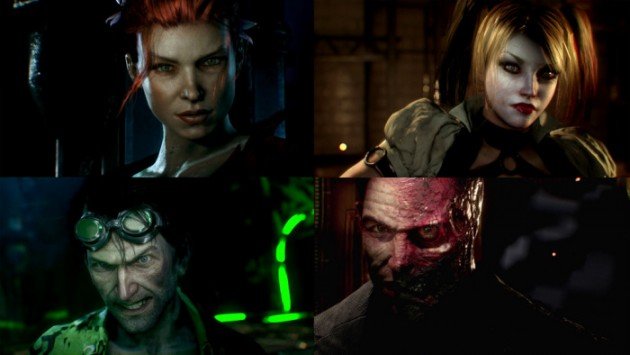 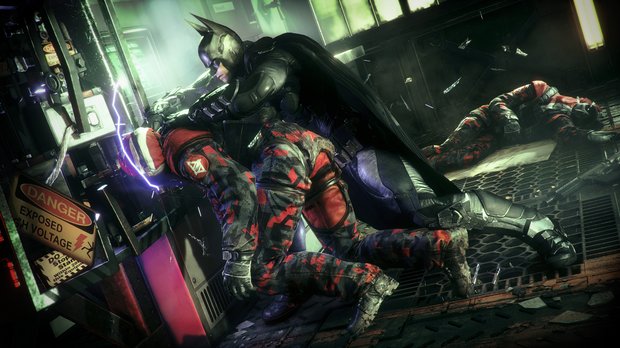 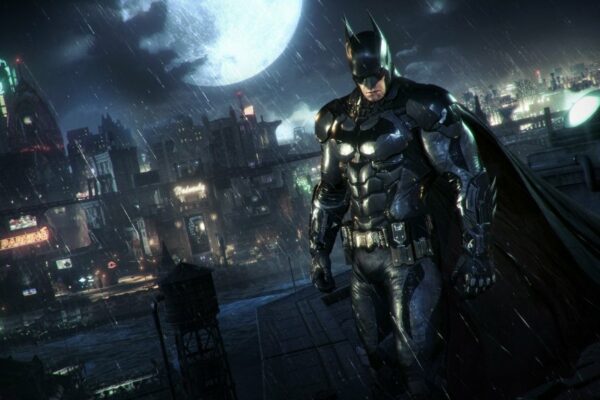 What is it about Batman that fascinates us so much? Is it his determination to thwart evil no matter the cost? Is it his enemies that have become as iconic as the cape crusader himself? Or is it the many ways he is reinvigorated through the decades? Batman: Arkham Knight has finally arrived and is every bit as good as anybody that loves the past titles could have hoped for.

Scarecrow has now taken the limelight threatening to detonate a bomb that will send the citizens of Gotham into complete madness. Rocksteady have now rounded off their epic trilogy creating a legendary collection for any fan. The series has so many brilliant moments making it ridiculously difficult to pick. Obviously this list is my own personal opinion so if your best moment doesn’t appear don’t fret. It just shows how many extraordinary moments there are. 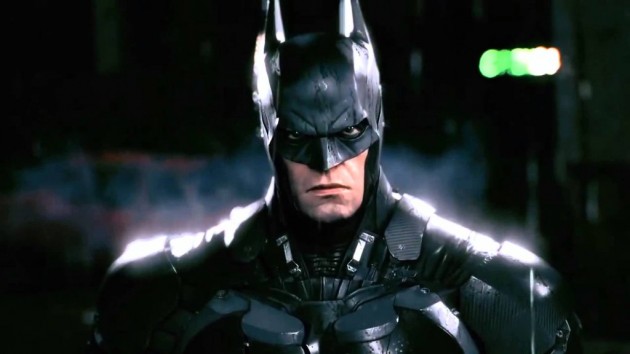 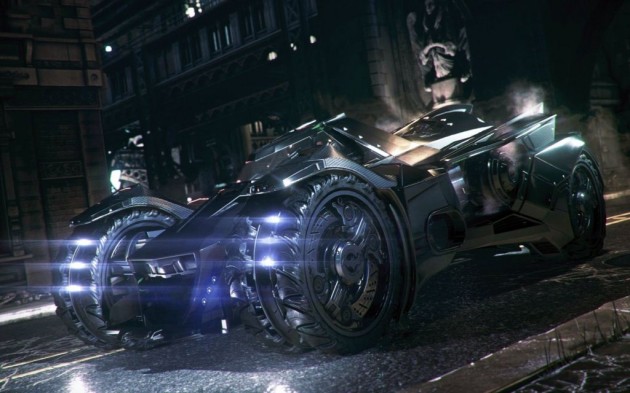 Now to kick things off I have a moment that wasn’t a reveal for the game or in anyway shocking to the story. It’s simply being able to have full control of the famous Batmobile through the streets of Gotham. This is something I’ve wanted to do since I was a kid. Now I have the closest thing I ever will to it and its fantastic. The speed, the turning, the artillery. Yes some may say the weapons feel out of place for Batman but it really doesn’t bother me. The city is going to hell so he has no choice. Being ejected into the open sky or landing perfectly to jump straight back into the drivers sear are all moments I have waited years for. Oh and dont get me started on the thrusters… 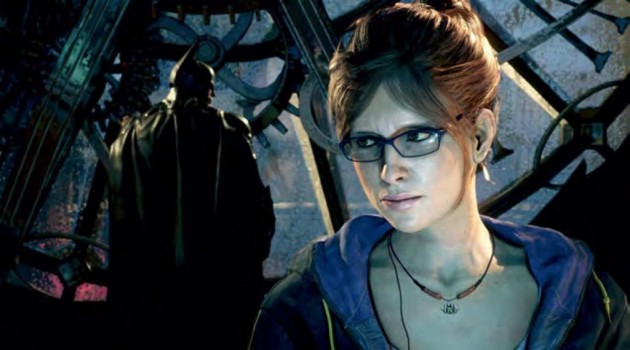 For a man trying to save everyone he does sadly lose a few. Maybe because this wound is still fresh, I still feel the impact from Barbara Gordon’s Death. There’s no other way to put it but Oracle facing her darkest fears and deciding that suicide is the best option is just horrific. Honestly tears were in my eyes as I’m sure in Batman’s too. Poor girl she’s been through so much. We got a glimpse of how she lost the ability to walk earlier which was just as terrifying however nothing prepared me for this. Thankfully as you know if your reading this (If you dont you should really leave now) this was another illusion and Barbara survived. At that moment though all was lost and I thought how could Batman ever recover from this. 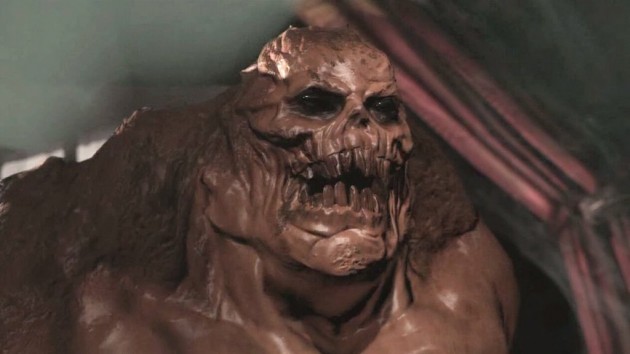 Talk about unexpected. Rocksteady normally like to leave us some clues as to what’s upcoming but not one bread crumb was left here. The climatic fight to the second title. Joker reveals himself but with a doppelganger. There are two Jokers now? Nope the healthy one reveals himself to be Basil Karlo or as he is better known Clayface. This final fight was so well executed. The lead up, the death of Talia and the boss fight itself are all intelligently pieced together to make one of the most interesting fights yet. Using new gadgets learned throughout the story, before one last dual using Ra’s al Ghul sword to destroy the mud bath. This is one boss battle I love to relive. 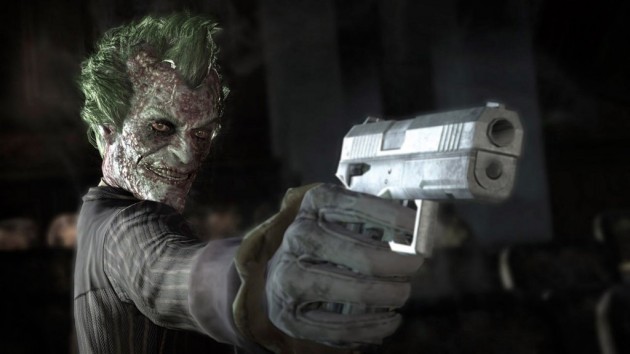 Sneaking two moments together I found it impossible to separate the two. The finale to Arkham City was ground-breaking. The Joker actually dies, I couldn’t believe this. Mark Hamill’s audio portrayal of the Joker is second to none. So when Rocksteady decided to pull the rug from underneath his feet I was stunned. This made it even better when he was resurrected for Arkham Knight, now again because this is still relatively new I found this scene possibly a little more memorable. Batman has given his all. He has said his goodbyes to Alfred and is willing to sacrifice himself for Gotham, I could feel myself welling up. He grabs the last canister to stop the cloud burst when the camera pulls back to expose his arch enemy. Smiling and holding a gun to Batman’s’ head, the clown announces “Miss Me!” Bang!. 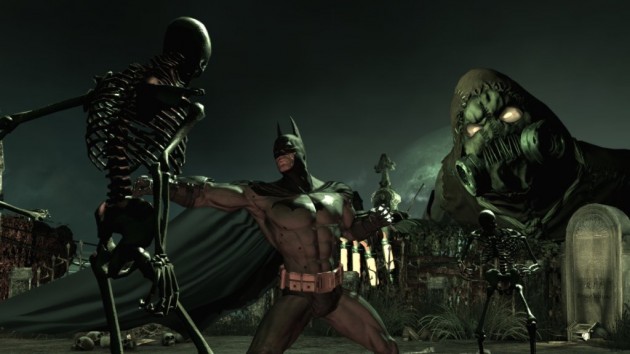 Now this is why I love video games. Moments like this that I describe to friends as to why they should own a console. After meeting Dr Jonathan Crane and originally seeing hallucinations of your parents corpses come to life followed by seeing Bruce reliving the night his parents were killed, you then think how do they top that? It begins walking down another hallway. Nothing out of the ordinary just a normal, standard hallway. Suddenly from nowhere my picture froze and became all disjointed. The image stuttered and went blank. To my annoyance, I thought the game had broke. I leant over to reset my Playstation 3 when the picture came back on, however the story had reset and the Batmobile was driving towards the Asylum again in the same opening cutscene. Annoyed again as I was certain the game had reset itself anew and I would have to start the whole story all over again. I skipped the cutscene as I’ve seen it before (or so I thought), Then my realisation set in. I look up to amazingly see that I am now the Joker and Batman is strapped to the chair. This is still the same game! My mind was blown. Rocksteady had pulled a fast one on me.

As we continued down the corridor visiting inmates now turned psychiatrists in this nightmare world. They inspect the Bat one by one. It was all so chilling. The camera changes and now I’m back in Batman’s body looking though his eyes at these psychotic villains who are now condemning me. The diagnosis is given prompting Joker to pull out his pistol and fire. A game over screen appears with the words “Use the middle stick to dodge Jokers fire”. Really! Okay so I click retry completely clueless to what is happening. I’m now shown Bruce Wayne’s Grave just before punching my way our of it like any stereotypical zombie movie. Now back in the world where Scarecrow is fifty foot high you repeat the same process as previous encounters but nevertheless it doesn’t take anything away from the genius scene that just played out. This not only takes my top spot in the Batman Arkham Series but quite possibly my favourite moment in all of gaming.

Do you agree with my choices? What’s your most memorable moments from the Arkham series? Leave us a comment below to tell us why.