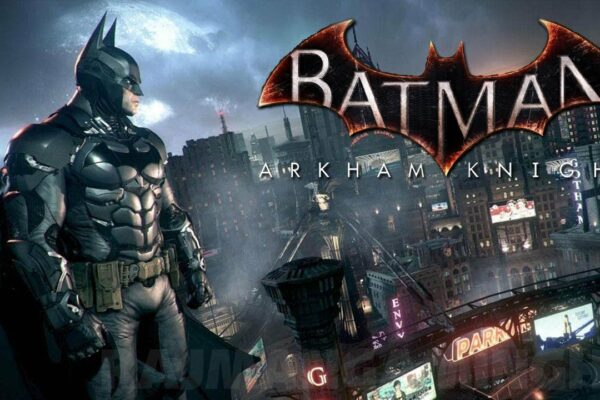 In the last few days, one of the biggest stories in gaming has been the disastrous tale of the PC launch of Arkham Knight.  The game launched with a whole cavalcade of problems: locked-in 30 fps frame rate, textures with loading times, missing effects, a lack of anti-aliasing, and worst of all; graphical stutters and sudden drops that make the game nearly unplayable. Some particularly unlucky players reported on Neogaf that performing Steam’s integrity check on the files caused the entire game to have to be re-downloaded. For all intents and purposes, this is the worst PC game launch in recent memory for gamer. Most who have played both the PS4 and PC versions say the PS4 version is superior in every way.

After many who preordered or purchased the game on Steam promptly returned it, as well as bombarding the Steam page for Arkham Knight with negative reviews, Warner Bros. announced just three days after launch that they would be suspending sales of the PC version gamers until further notice. And since then, a number of high profile sites in the gaming world have penned pithy editorials about how this is all a big lesson in how we just shouldn’t pre-order games any longer. Destructoid released one called “The Arkham Knight PC port proves yet again that only suckers pre-order”. Kotaku published a think piece simply called “Stop Preordering Video Games“. The list goes on. It seems the consensus on the takeaway from this debacle is not that returning and loudly protesting a broken preordered gamer actually prevented it from being sold any longer; nor that Steam’s refund policy is the best thing to happen to this industry in a horse’s age. Rather, it’s that you just shouldn’t bother pre-ordering anything, and that if you do, it’s your own fault when things go wrong.

I could be wrong here, but doesn’t this sound a bit like blaming the victim? The group that should really be feeling the heat right now is not individuals who pre-order video games; it’s WB, the company that most likely knew full well that they were shipping a broken game and let it release anyway. The company who let a team of 12 people port their newest flagship, big budget game, and then rushed that team to get the game out without so much as a thought to the people whose money was already lining WB’s pockets. The company that some allege okayed Nvidia to release a falsified demonstration of the game on PC running with all effects, post-processing, and framerate issues mysteriously absent (this has been unconfirmed). Even if that last point turns out to be false, it’s clear who the real target of our derision should be. And it ain’t the poor saps who had every reason to think this was going to be a playable game at launch.

I’m not denying that pre-order culture has been in a sorry state for a long time. Triple A publishers have been pulling stunts like this for years. In fact, the most recent PC release disaster behind Arkham Knight  was Mortal Kombat X, which happened to come from the very same publisher – Warner Brothers. And before that, there was Driveclub, Assassin’s Creed: Unity, and countless others. But the big difference in Arkham Knight’s case is that this debacle was met with an unprecedented amount of returns to Steam, low user scores on Metacritic, and other forms of highly visible PR disasters for WB. Again, the efforts to get the word out about this trainwreck were so effective that – after having whatever leftover sales from day one and two firmly in place – WB officially took the game down from online storefronts to fix its problems. And that’s amazing!

I say it’s amazing because it will no doubt discourage this kind of activity from big name publishers in the future. Of course, one broken game being roundly rejected by the gaming community isn’t going to magically reform pre-order culture over night – but the new power we have as a community of consumers of returning games to Steam is hitting these publishers where it really hurts. With the knowledge that such shady feckless actions will actually hurt their wallets, I’d wager it won’t take too many more Arkham Knight-like disasters to finally wake the triple A games industry up from their cash-induced coma and make them say, “wow! We’re losing a lot of money through these terrible business practices!”

In recent years before Steam’s refund policy, maybe a company like Warner Bros. could get away with something like this with the pre-order money in hand. But considering how horribly they must be hemorrhaging cash, as well as the nasty blow this fiasco has wrought for the company’s PR, you have to wonder if they aren’t kicking themselves for not thinking this through before releasing a broken game.

The big question I have for those who would simply say we should stop pre-ordering is this: would the larger positives of this situation have come to pass had people not actually pre-ordered the game? It was the pre-order crowd who saw these problems first, and who were the loudest detractors of the game online. Those who bought the game on day one from Steam – due to the game’s large download size – didn’t end up experiencing these problems for hours to a day later. I don’t know that the reaction would have been this focused, organized, or immediate had there not been so many disgruntled pre-orderers.

Telling Gamers Not to Preorder: Is It Akin to Victim Blaming?

And don’t incidents like these encourage real reform in the triple A market? In order to have a huge group of angry fans taking the time to write negative reviews and return games on its launch day, you have to have a large number of people preordering. Because again, unless you buy a physical copy in the store, most games take time to download. And as video games continue to head away from physical copies, this will only become more and more true. In fact, Arkham Knight on PC isn’t even available as a physical copy in certain countries. Make no mistake – pre-orderers are the vanguard against potentially broken video game sales.

This means that by telling gamers not to preorder, you are hurting our ability to find out right away that a game has been shipped with broken features. What’s more, you’re also shifting the blame away from where it belongs; as well as stopping any chance the broken pre-order culture has of true change.

I realize this sounds naive. Maybe nothing will convince these greedy publishers to give players real incentives to pre-order. And it deserves mention that nearly every big budget game released these days comes with day one problems that the company inevitably has to patch at a later date. I agree with those who say that buying a game on day one isn’t the smartest idea, at least with the way games are now. Gamers are Preordering some games. That being said, it doesn’t give every publisher carte blanche to put out a game that is this broken, this different from its console analogue. And when they do, the blame should placed at their feet. Not at the feet of pre-ordering fans.

is it okay that Gamers are preordering the games?

It’s Warner Brothers who deserve the scrutiny, for their shady tactics and disingenuous attempts at covering up the fact they had to have known how junked up their PC game really was. And arguably, a big reason the game got pulled from Steam – the main reason there’s a silver lining to this whole story – is because so many people pre-ordered the gamers. They were quickest to discover the problems, and the loudest about broadcasting those problems to the rest of the world.

This gives me a shred of hope that maybe, pre-ordering gmaer has its benefits to the gaming community at large. Considering that WB did not release a review copy of the PC version of Arkham Knight, these pre-ordering gamers are the closest we had in the case to objective reporters on the state of the game. And it was because of them, at least in part, that the game was eventually taken off of digital storefronts everywhere. So let’s not rush to tell people to stop pre-ordering games en masse. Instead, let’s direct our ire where it really belongs – Warner Brothers, for allowing such an undercooked mess to go to market in the first place. 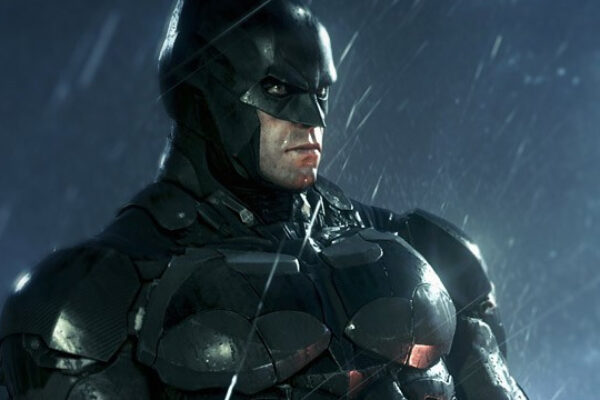 We are all looking forward to Rocksteady’s newest entry into the Arkham franchise, and we just got a look into the gameplay of Arkham Knight thanks to Sony. During the Playstation Press Conference a new trailer walked through how traversal through the air and on the ground will work in it. The flight by cape looked exactly like it did in past Arkham games, with diving building Batman’s momentum allowing him to swoop back upward. The Batmobile took the biggest spotlight in the trailer, meeting Batman in the streets and transforming into a floating tank at one point. Over all the gameplay looked smooth and cinematic, capturing what’s best about the franchise. 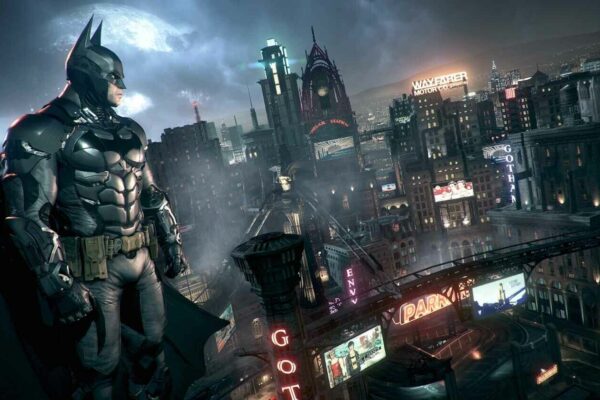 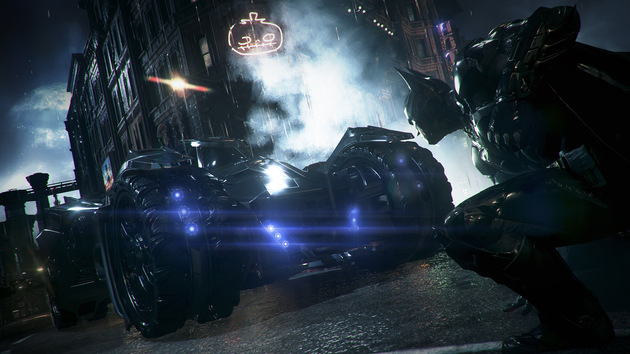 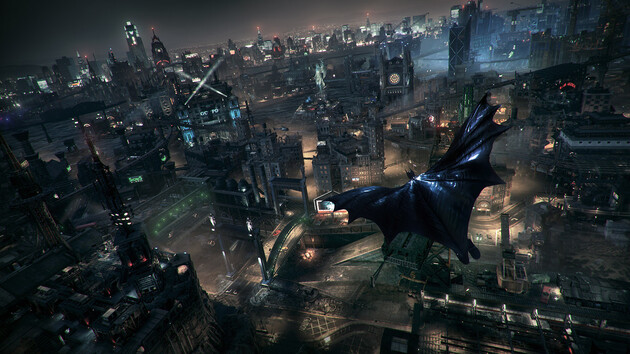 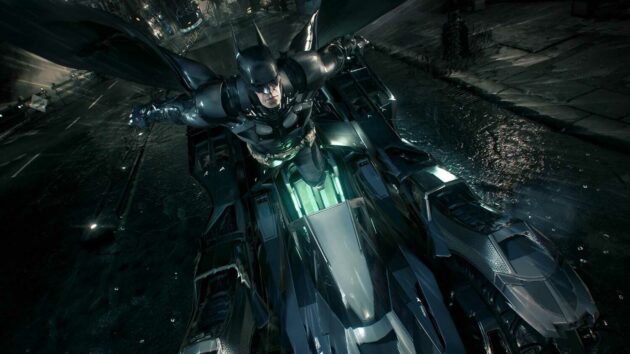 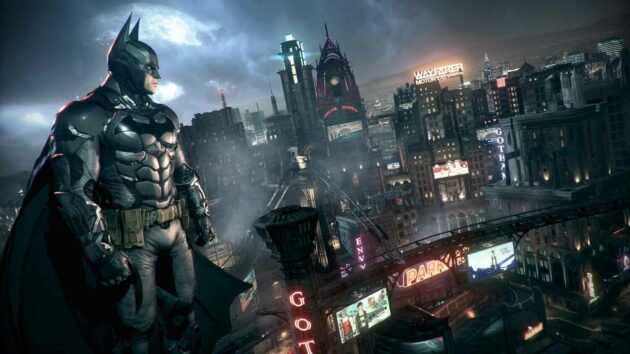