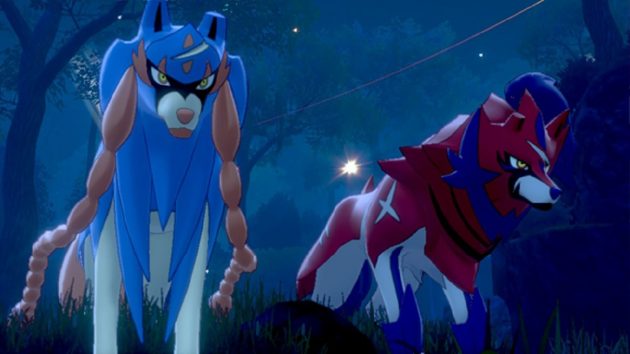 Pokemon Sword and Shield is Game Freak’s latest endeavor in their main series Pokemon games. It’s been three years since the release of Sun and Moon so anticipation for the eighth generation is huge. Several controversies leading up to release cast some doubts regarding Sword and Shield’s ability to deliver quality content. With over half of the 890 Pokemon gone, does the newly added content make up for it? Yes, for a while at least. 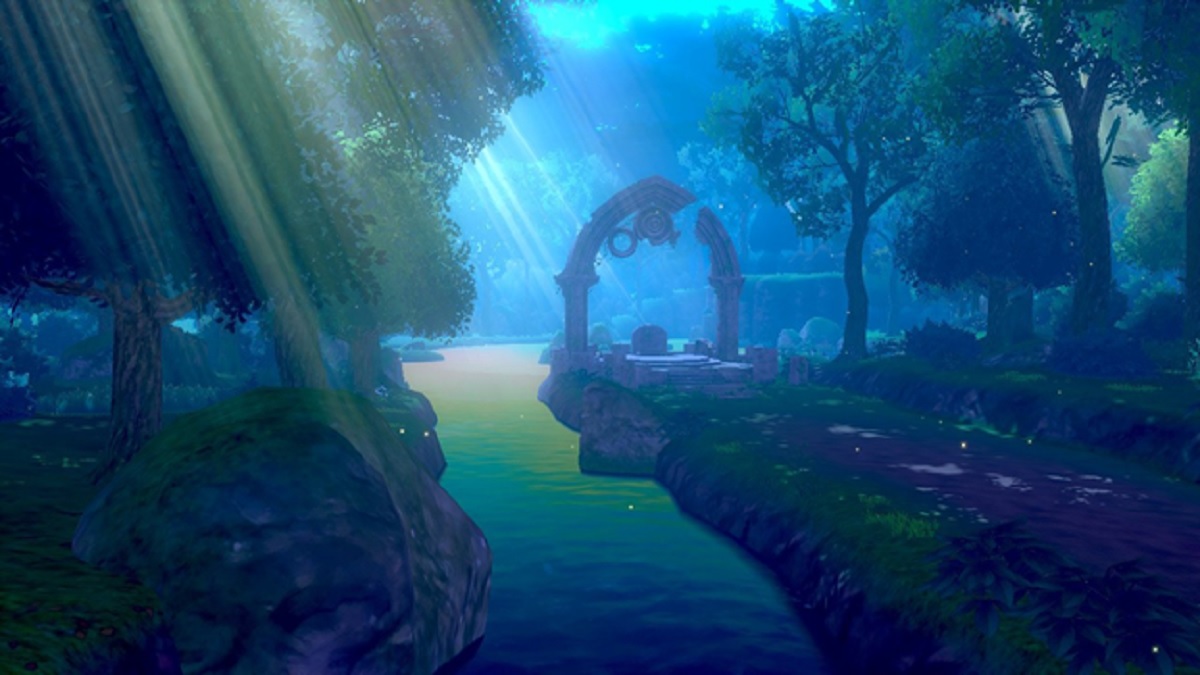 Let’s start out on a positive note. At their core, Pokemon Sword and Shield are both still quality RPGs in their own right. As expected, Game Freak has nailed the concept of forming a team, beating gyms, and becoming a champion that all fear. On the way to winning it all, I got the pleasure of exploring the Galar region.

As a native Brit, I was pretty excited to see Pokémon’s fantasy representation of my homeland. Aesthetically, they smashed it. Many of the UK’s famous cities and attractions get representation. Motostoke is a clear nod to Manchester. Hammerlock seems to be based on England’s second city, Birmingham. Even more, niche historical cities like Nottingham and Bath get interpretations with their in-game counterparts, Ballonlea and Circhester.

Graphical fidelity aside, from an artistic point of view Pokemon Sword and Shield is beautiful. I honestly thought the Alola region was the pinnacle of design for the series, but they’ve gone above and beyond yet again. Exploring the Galar region’s many sights with my team has been a truly blessed experience. 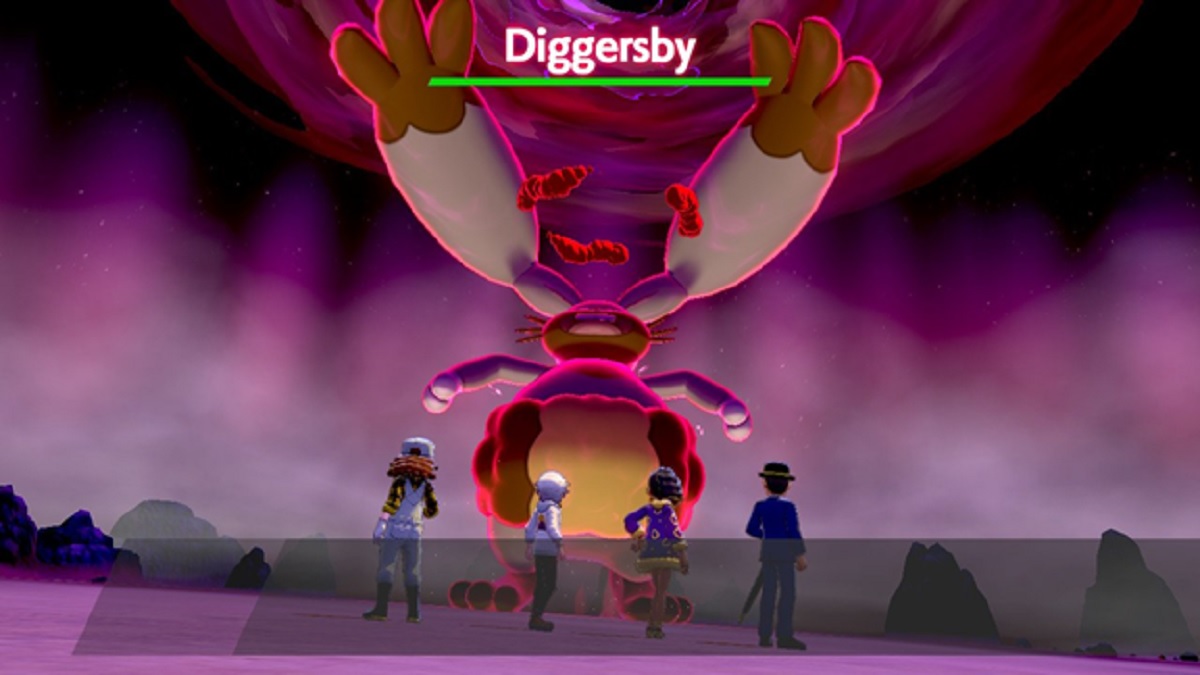 Replacing Mega Evolutions and Z-Moves, Dynamax is this year’s new battling mechanic. At first, I was very unsure about the idea. It looked kind of goofy and awkward in the trailers. After twenty hours of playing Pokemon Sword and Shield, I’ve come to accept it’s an okay mechanic.

Functionally, it actually serves as a kind of mix of the two other previous mechanics I mentioned. Your Pokemon change form (Mega Evolution) which grants them access to special, flashy moves (Z-Moves). Game Freak has argued that Megas were overpowered but Dynamax is supposed to be balanced.

By ‘balanced’ they apparently meant Dynamax Eternatus having a stat total of 1125. That dwarfs Primal Rayquaza’s 780, a number deemed so high it was banned from Uber tier. You know, the Smogon competitive tier literally designed to accommodate broken legendaries. It scares me as to what they’re planning to do in the future. Primal Arceus might end up with a stat total exceeding 2000. That’s presuming they ever decide to care about Mega Evolutions again.

If there is one major balance advantage to Dynamax, it’s the limitation placed upon it. Pokemon can only stay Dynamaxed for three turns. I can imagine in competitive battling there may be stalling tactics to waste the opponent’s Dynamax.

A handful of Game Freak’s favorite Pokemon feature signature Gigantamax forms. Whilst functionally very similar to regular Dynamax, they have unique looks and special moves exclusive to them. To emphasize, select Pokemon look different after transforming and use moves exclusive to themselves. Sound familiar? Yeah, Dynamax is just a marginally worse version of what we’ve already had in past games.

What We Didn’t Get From Past Games 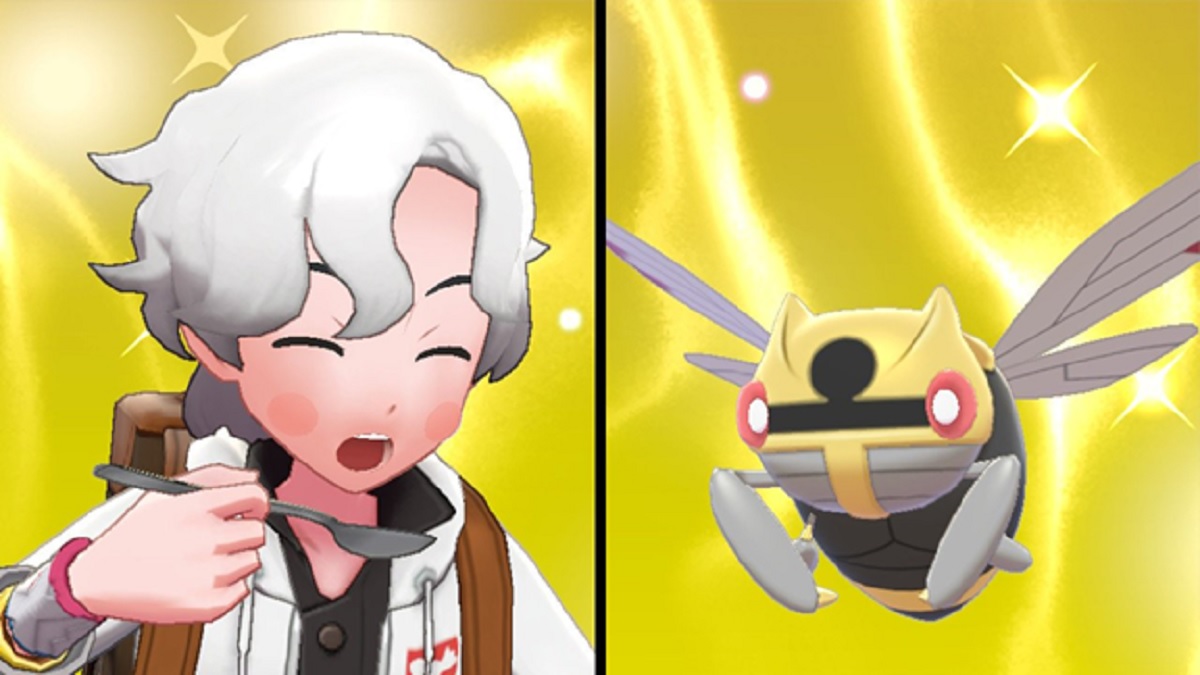 Speaking of past games, it’s frightening how much hasn’t made its way into Pokemon Sword and Shield. Frankly, there’s too much for me to cover so let’s crank out a list featuring things you can’t do in the new games.

There’s no Mega evolution, no Z-Moves, no Battle Frontier, half of the Pokemon are missing, only one region is playable, many animations and models are reused, no Global Trade System, no Pokemon Contests, no Secret Bases, no Game Corner, no Dream World, and no unique wild encounters like hordes or S.O.S.

Perhaps a bigger sin than any of that, Pokemon Sword and Shield’s post game is pitiful. There’s a 90-minute story where you and your rival Hop go on a quest to capture the front cover legendaries. It explains some of the lore behind Zamazenta, Zacian, and the two heroes they once worked alongside. By the way, there are only new three legendaries. What’s worse is you can only catch two of them in each version.

After you’ve finished that, you’ve finished all of the meaningful post-game. Of course, half-completing the Pokedex for the Shiny charm is still an option but that’s a given. And whilst we’re on the topic, good look actually completing the Pokedex. With the Global Trade System dumped, trading for version exclusives is now way harder than it needs to be. I suppose you may as well go out and by a second copy for $60. I’m sure that’s what Game Freak is betting on. 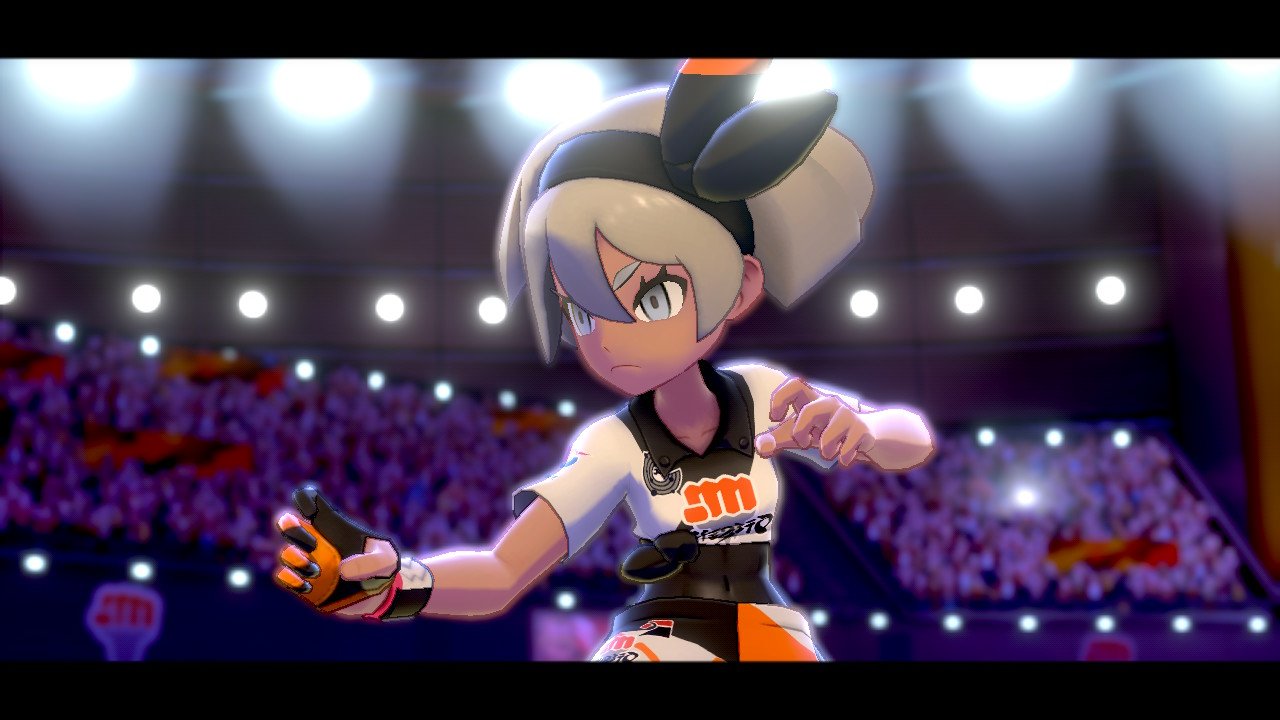 Now I’ve gotten that off my chest, let’s talk OSTs. Specifically, how incredible Pokemon Sword and Shield’s soundtrack is. Composers Junichi Masuda, Go Ichinose, and Minako Adachi have all outdone themselves. From epic battles to peaceful forest exploration, Game Freak’s latest RPG does it all.

I have nothing but praise for the Gym Leader Music theme in particular. It is easily the best of its kind across all the main series games. Much like fifth-gen, the music changes depending on how the battle develops. There are separate sections for the beginning, Dynamax and the gym leader’s final stand. My favorite part is how the final stand section integrates the fan’s cheering into the song itself. It reminds me of those passionate European football nights where your team puts everything on the line.

SPOILER WARNING FOR THIS PARAGRAPH! Similarly, the battle with Chairman Rose has a genuinely epic antagonist theme. It’s a very over the top, almost Dark Souls-like theme that’s there for one reason. To make the player realize they have to win this battle. The fate of Galar depends on it. Whilst we’re in a spoiler-heavy zone, I’ll use the chance to praise Eternatus, the coolest looking legendary to date. He’s a big boi. Regular Eternatus is 20 meters tall. Dynamax Eternatus stands at a staggering 100m. In contrast, Wailord is only 14.5m tall. Unfortunately, Sword and Shield’s questionable scaling makes both look relatively small. 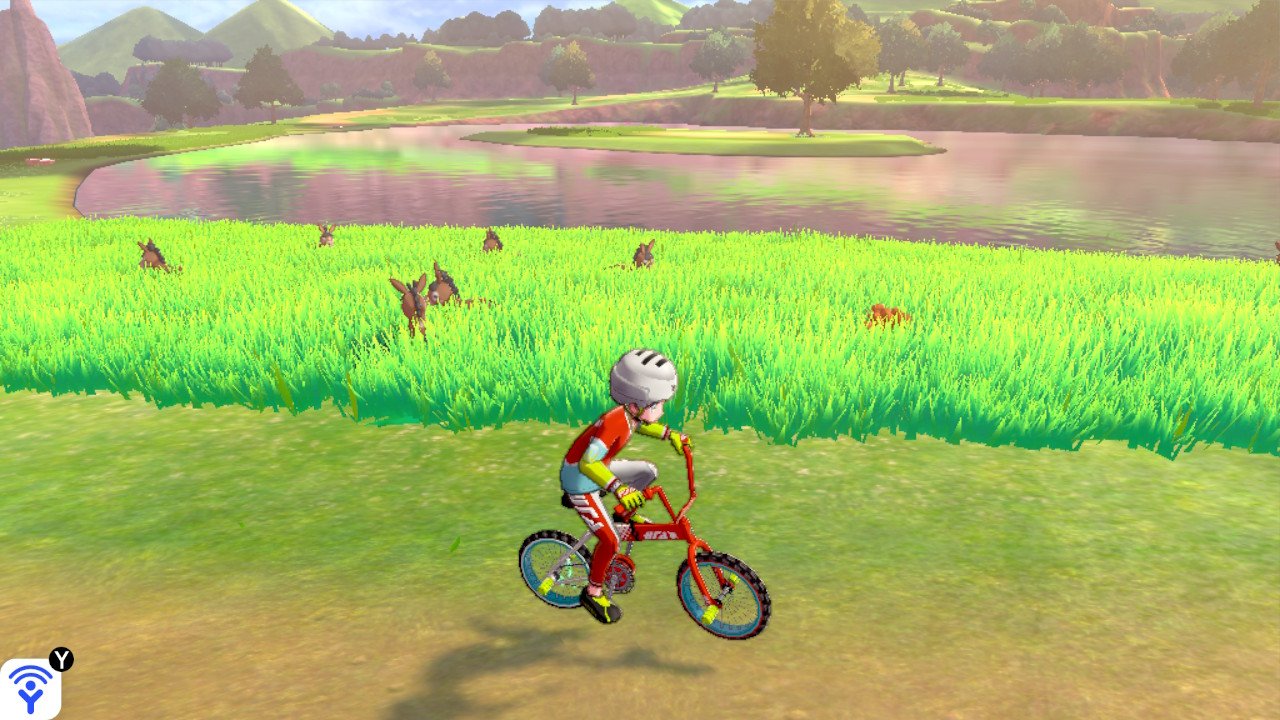 Pokemon Sword and Shield are perfectly serviceable Pokemon games. If all you want is a solid 15-hour experience filled with gameplay action, this is the Pokemon title for you. Game Freak has done a great job of avoiding stretching out mediocre content. However, I have serious concerns over its long-term replayability. The current post-game is poor. I’d be very surprised if Game Freak added content at a later date. After all, they’ve never bothered before.

After they cut over 400 Pokemon, I guess I expected more than a watered-down, passable experience. As a result, this is a difficult recommendation at $60. As a dedicated series fan, you might get value out of Sword and Shield. On the other hand, casual consumers will likely be left wanting more. Nonetheless, Pokemon Sword and Shield are not bad games. They just run out of good content to offer way too quickly.

Follow us and get the latest news delivered to your timeline!
Previous ArticlePokemon Sword First Impressions: The Hate Train Has Slightly DerailedNext ArticleCall of Duty: Modern Warfare Multiplayer Review