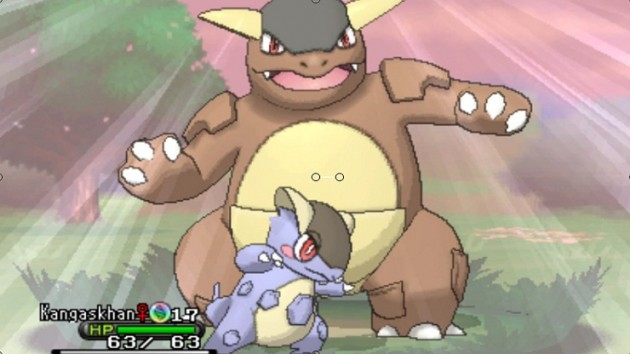 How times change. Kangaskhan has long been relegated to the forgotten, craptastic tier of Pokémon, completely outclassed in every possible sense. The mama ‘roo simply didn’t exist in regular competitive battles, and hadn’t been seen since the days of Red and Blue, where it loved to be a pain in the butt to catch in the safari zone.

With the advent of Pokémon X and Y, a simple mega stone turned this thing into an absolute monster. I wouldn’t be surprised to see it crushing Tokyo into spam alongside Godzilla and his buddies. So what the hell happened there?

Mega Kangaskhan happened, that’s what. Hold on to your underpants, we’re taking a closer look.

At first glance, Big Mama’s House doesn’t sound all that fearsome. She gets a nice all-round buff to offensive and defensive stats, but nothing that sounds excessive. A jack of all trades, if you will, well-rounded in both areas but not excelling in either. Or so you’d think.

The kicker here is the almighty ability it gains. Parental Bond adds a second hit to Mega Khan’s attacks, with 50% of the power of the first. This, essentially, is a free Choice Band, without the downfall of locking it into the first move chosen. But it’s more powerful than that. Two seperate hits make strategies involving Focus Sash and the Sturdy ability useless, and give Kangaskhan an extra shot at a critical hit. It’s just not fun at all.

In addition, it gives it a damaging Swords Dance in the form of Power-Up Punch, will will hit twice and get the attack boost both times. By so doing, this ‘mon can become completely terrifying in a single turn. 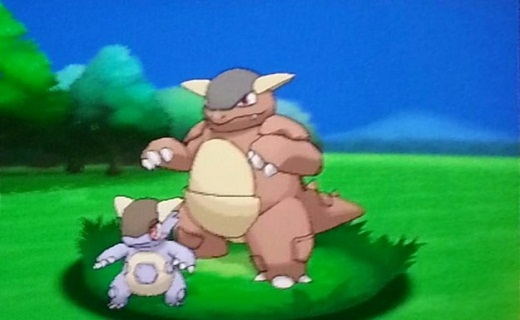 It isn’t the fastest, true enough, and shares a speed tier with a lot of common ‘mon. It is also, as a predominantly Normal/Fighting attack user, very iffy versus ghosts. But for the most part, it can circumvent both of these issues with powerful priority in Sucker Punch.

Despite all of this, its OPishness is kind of a grey area. In singles battles, certainly, it’s one of the most dominant forces the series has ever seen, and was swiftly banned by Smogon. In that environment, there’s little doubt that it is OP. But doubles matches are a completely different issue.

In VGC, the format used in official doubles tournaments, Mega Kangaskhan is very much allowed. As a general rule, only mythical Pokémon and box legendaries are not. The faster pace of these matches, along with the possibility of double targetting and Khan’s lack of resistances, makes it much easier to handle.

2015’s ruleset allows a whole variety of new threats to it too. Most notably Terrakion, which will outspeed and one-shot it under normal circumstances. Sucker Punch will do little in return, being resisted, and will even grant the rock warrior an attack boost (twice) via Justified. Then there’s the common Rocky Helmet item, which will drain health twice from Kangaskhan and quickly take its toll.

In sum, as incredible (and so incredibly common) as Mega Kangaskhan is, it is managable. It is also a bit of a judgment call, as it can be OP and can not be depending on your perspective.

Follow us and get the latest news delivered to your timeline!
NintendoNintendo 3DSPokémon
Previous Article5 Games I Need To See At E3 2015Next ArticleBloodborne Patch 1.04 Is Fundamentally Damaging but why?