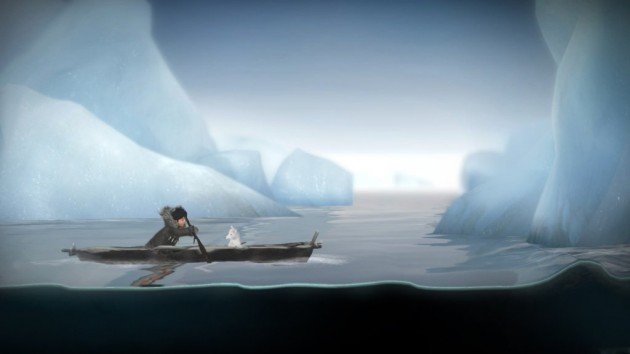 In Never Alone: Foxtails Spring has come to the Arctic as Nuna and Fox climb aboard their umiaq (a sealskin canoe) and take to the waters of the coasts, rivers and lakes of Northwest Alaska. They’ll travel across open seas, swim through the ruins of a sunken village and paddle up the Noatak River on a mission to rescue a new friend.

Foxtales will feature three all new levels full of environments to explore, puzzles to solve and enemies to face. And just like in the original game the dlc was developed in partnership with an Alaska Native community, Foxtales will also contain five new unlockable Cultural Insight videos that include the family of Willie Panik Goodwin, Sr., whose telling of “The Two Coastal Brothers” inspired the game.

Never Alone: Foxtales will be available on the Xbox One, PS4 and Steam (PC and Mac) on July 28, 2015. E-Line Media did not say if or when the new content will be available to the Wii U and Nvidia Shield versions.