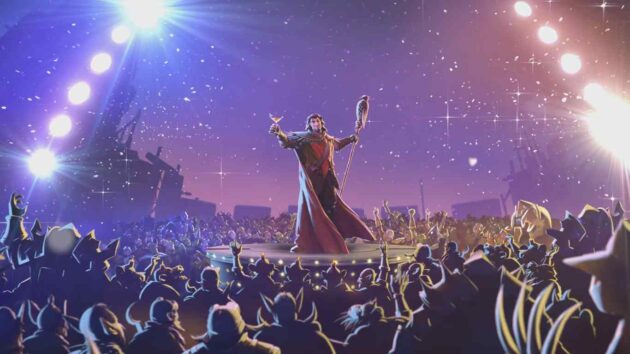 Things weren’t off to the best start with some of the first cards we saw being added with One Night in Karazhan, but the full list is now available and we can make some definitive statements on what we can expect in Hearthstone‘s near future. Hearthstone Let’s see if this update saved its best for last and how it will shape the game.

The developers are really pushing for Discard Warlock to be an archetype and this one card could be what makes it a reality.  The biggest drawback to discarding has always been that, even with a hero power that draws cards, it quickly drains your resources and you simply can’t regain momentum. 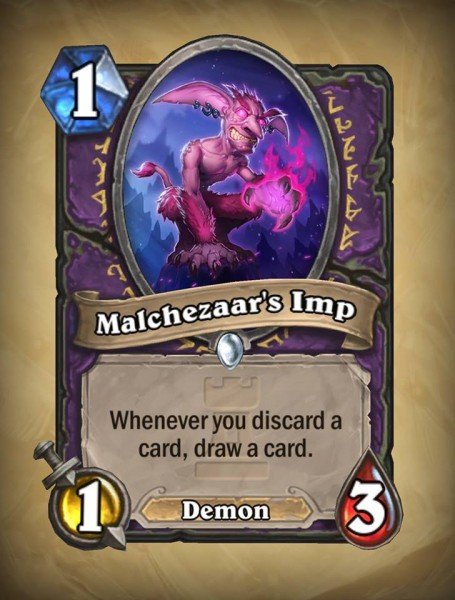 Malchezaar’s Imp allows you to maintain momentum even while discarding several cards and has a strong stat line to keep it alive long enough for a considerable effect.  The one caveat is that the deck would have to be aggressive in nature if you’re discarding that many cards as you can’t risk losing anything too valuable. 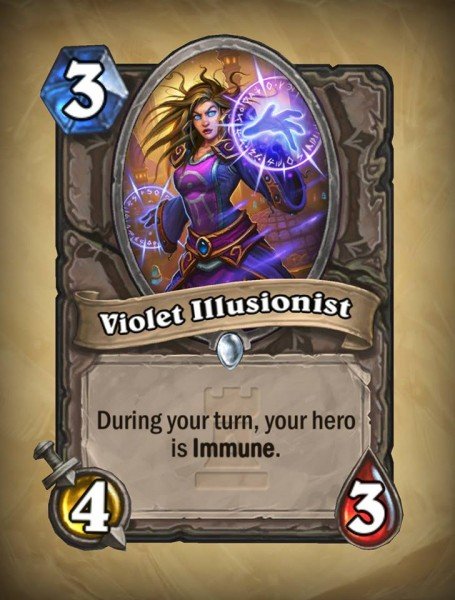 Given how powerful aggro decks have been for so long, I welcome something like Violet Illusionist into the game with open arms.  Granted, she won’t be enough to counter aggressive decks on the same level as Antique Healbot on her own, but she’ll offer more survivability across the board without being overpowered. 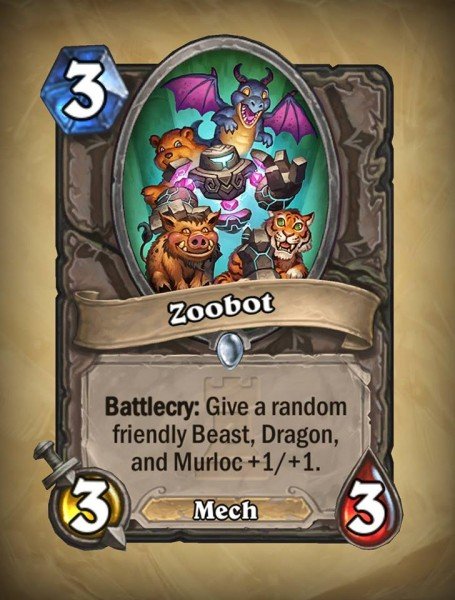 Hey, neutral beast-synergy that isn’t junk.  It also works with dragons and murlocs, but only one for each.  It’s a bit of a strange concept, but you really only need it to hit one of your minions for this to be good.  Even if you have to play it on it’s own, it still has a decent stat line on its own.  It’s less so now that 3/4 minions are becoming more and more common, but it still looks like a decent card.  It’s just strange to think of where it will find its place in constructed with how sporadic its effect is, but just remember that you don’t always have to get maximum value out of card for it to be good. 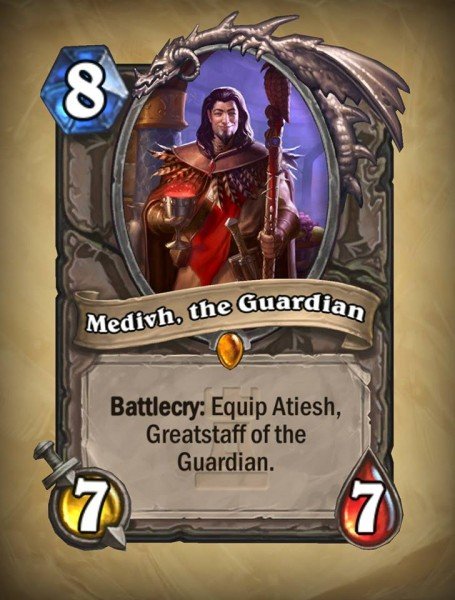 The final prize at the adventure’s end, Medivh, is interesting for a couple reasons.  For one, it shows that characters who are already playable heroes can also be cards, which could have some interesting results in the future.  Second, he gives you a neutral weapon that spends its durability whenever you cast a spell to summon a random minion matching the spell’s cost.  We’ve already seen this effect with Summoning Stone, but the Atiesh weapon has greater potential as your opponent won’t have an easy way of removing it.  Cards like Acidic Swamp Ooze can counter it, but it’s not something that is going to drive cards like that up in the meta on its own.  The high cost and unpredictability will probably make Medivh too niche for most competitive decks, but he will definitely find his place in certain control decks. 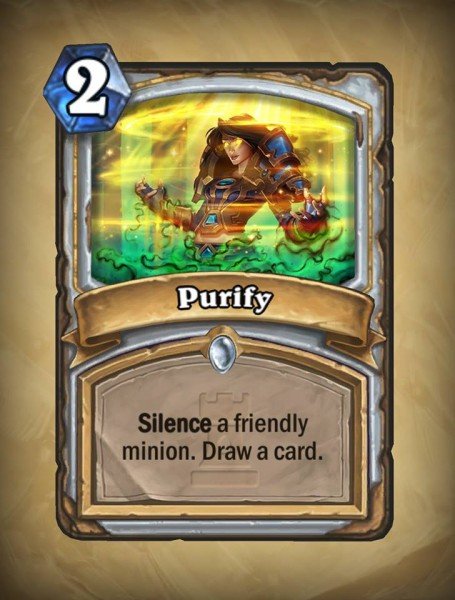 ♫The rich get richer♫

♫And the poor get poorer♫

♫And Ben Brode lauuughs at your pain♫

I certainly hope that the bosses in this next adventure are at least fun, because One Night in Karazhan is undoubtedly the weakest Hearthstone expansion in terms of a meta shift.  Between Firelands Portal making Mage stronger and Purify making Priest weaker, this expansion is not only maintaining the status quo, but actively cementing it.  There are a few new archetypes that can emerge from some of the new cards, but most of it merely supplements what is already dominant in the game.  All signs point to Medivh throwing a lame party and I already feel like I have a remorseful hangover.

What are your thoughts on One Night in Karazhan?  Do you have more optimism for what it can offer Hearthstone than I do?  Leave a comment below and let us know what you think.

Follow us and get the latest news delivered to your timeline!
BlizzardHearthstoneMedivhOne Night in KarazhanPreviewPriestPurifyTCGWarlock
Previous ArticleHearthstone: One Night In Karazhan Cards Preview #1Next ArticleGTA 5 Mod Lets You Play Pokemon in the Game