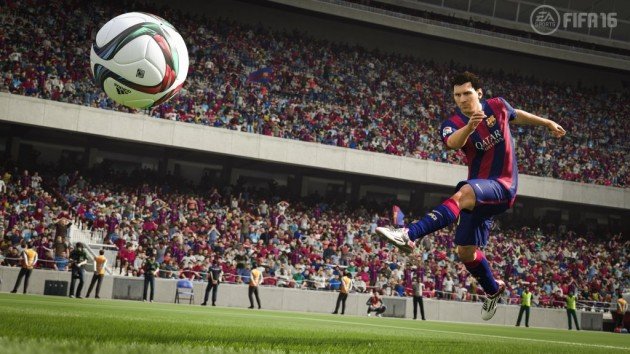 I think that FIFA 16 Ultimate Team is the most played and most popular game mode in the game (after My Career, of course) and one extremely important part of the whole process is having more coins. The more you have, the better players you can sign and more items you can get on the market. Therefore, it only makes sense that you’d like to know how to make more coins in FIFA 16 Ultimate Team and we have here for you exactly that: some tips and tricks on how to fill your coffers faster and bring the best of the best to your team.

Don’t forget, you can download and play FIFA 16 Ultimate Team on iOS too and these tips and tricks for making more coins in Ultimate Team work for that game more as well! Now let’s see how to make money!

1. Buy non-player cards
Right now, people are selling their non-player cards for peanuts in order to make some quick money. Buy them and wait for the market to cool off a bit, then sell them for a profit. This method is not guaranteed to work, but you will at least get back your money, so it’s worth trying!

2. Become a player trader
Scour the market and know the prices. You will always find bargains, and that’s what will make you money. Try to invest in big value player cards, purchase them for the lowest possible price and put them back on sale for a greater price. For example, if you can get a card for 10,000 and sell it for 11,000 – you’re win for a win! This requires a lot of time and some cash to start with, of course, but it does pay off!

3. Don’t bother on low value players!
You wouldn’t buy them and nobody would, you’re just wasting your time trying to sell crappy players. Anything that’s under 65 – maybe even 70 rating (except for Goalkeepers) is considered crappy. Sell these cards for the quick coin instead and invest in better players or risk it and trade 10 of them for a special card. Usually, you will get a pretty solid card out of this which you can sell on the market for more than what you’d get by quick selling the players individually – try this a few times and see if it really works for you.

4. Take advantage of special offers
Special moments like Team of the Week, Team of the Season and other promotions from Electronic Arts result in two types of price changes: the featured players are sold for extra coins, while all the others are sold at lower than usual prices because people are trying to make some quick coins. Take advantage of these moments, wait for them to pass then sell your acquired cards for profits!

5. Score a lot of goals on higher difficulty settings
This is difficult to do when you start your game since you will have low Team Chemistry and a team you won’t be proud of, but try it anyway: play the game on the highest possible difficulty level and/or at least score as many goals as possible. This will give you more coins per match, which is something you should always aim for!

6. Perform in FIFA 16 Draft Mode!
The first time’s for free, and you should make sure to get the most out of it. Even though you won’t get your 15,000 coins back and that does sound like an awful lot of coins, you will get a ton of great rewards, cards and such. The better you perform in this mode, the better your rewards so give it a go and do your best: you can have some really great rewards and pleasant surprises in FIFA 16 Draft Mode!

7. Sell your new top players
This might sound strange and difficult to do, but if you play with one striker and you have 4 world class ones for the position, it’s not good either. Sell your top players – the unneeded ones, especially those that you won’t actually use in the game or those that you get from card packs and which would require you to build a new squad around them (or would destroy your chemistry).

These would be, for now, our tips to make more money in FIFA 16 Ultimate Team. Do you have other suggestions? Let us know in the comment section below!