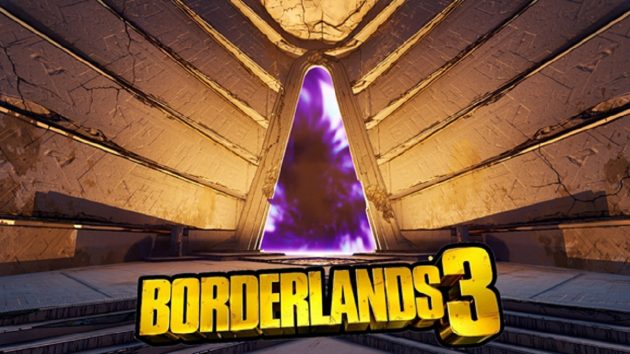 Borderlands 3 Review. Borderlands is Gearbox’s signature franchise. For many, Borderlands 2 became a cult classic FPS when it was released in 2012. A great co-op experience in a time when co-op game development seemed to be drying up. A sequel felt inevitable. 2K Australia gave us Borderlands: The Pre-Sequel two years later. A decent game in its own right but not the experience we truly wanted. At last, seven years after the release of Borderlands 2, it’s here. There’s some very good news too! Borderlands 3 does not disappoint.

The Story and Characters 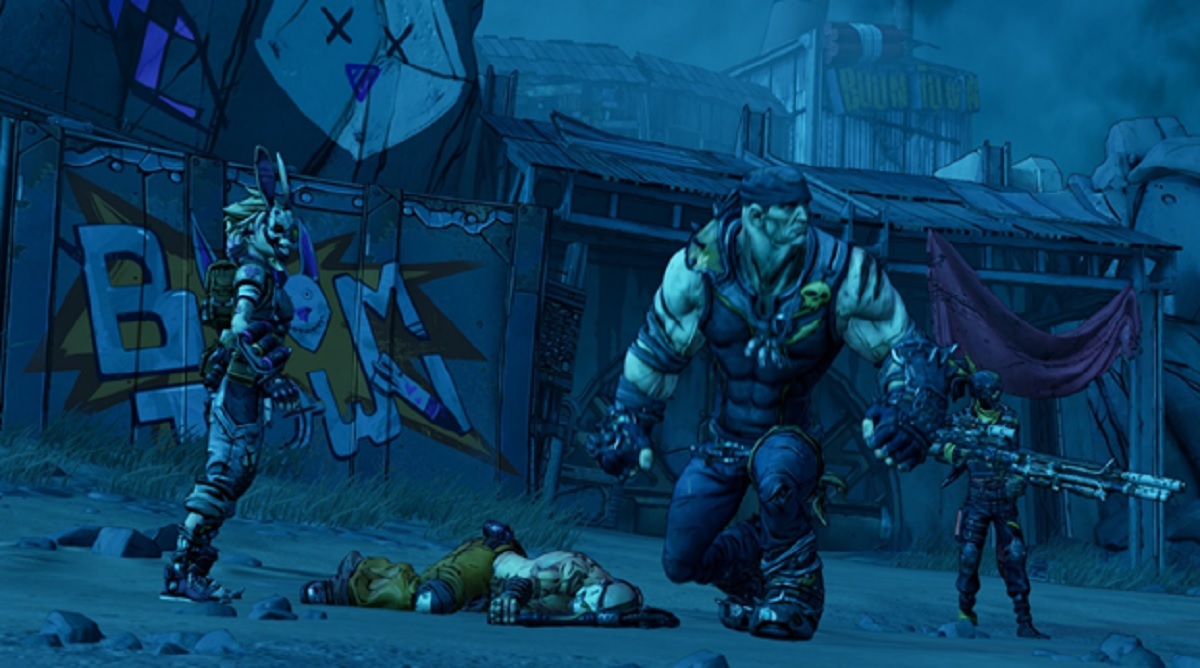 It is important to state in the Borderlands 3 review that it is set seven years after the fall of Handsome Jack. In his place, a new Pandoran superpower has risen on a quest for godly power. The Calypso Twins. Troy and Tyreen aspire to be the greatest stars in the universe. Their plan? Unlocking The Great Vault. Whilst it’s unclear what The Great Vault contains, the Calypso Twins are sure it’s a certified route to interstellar dominance.

As with any great antagonist, a greater protagonist must stand up to fight against them. Welcome our four vault hunters. Amara is Borderlands 3’s Siren. Her three major skills are Phasegrasp, Phaseslam, and Phasecast. FL4K is the Beastmaster. He commands various animal partners to help him hunt down enemies. Moze is the Gunner. Her skill trees are all about pulling out a bigger gun than the opposition. Minigun, Grenade Launcher or even a damn Railgun. Take your pick. Finally, there’s Zane the Operative. He’s the class I chose to play as. A classic soldier type who puts his trust into futuristic gadgets like Digi-Cloning, SNTNL Drones and a big ol’ damage amplifying barrier.

Fans should be happy to see a sizable group of returning characters. Of course, most of the past vault hunters show up at one point or another. ZERO, Maya, Brick, and Lilith all play significant roles. Other vault hunters such as Mordecai appear briefly. Disappointingly, Gaige, Axton, Salvador, and Krieg don’t appear in the main story. It’s possible they’re in a side mission or future DLC. Tales From the Borderlands boys Rhys and Vaughan make a comeback but not Fiona, Sasha, Gortys or Loaderbot. I get Borderlands 3 already has a lot of characters but the decision to cut this many doesn’t sit right with me. Hopefully, the DLC can amend this.

The Gameplay and Progression 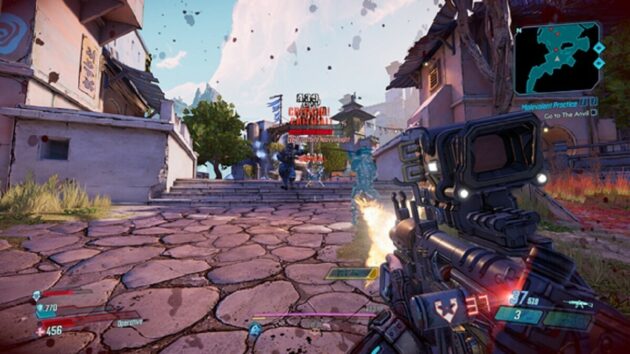 Well, it’s Borderlands, that’s for sure. The gunplay, the movement, the abilities. All of it feels like something you’d expect in its game. Innovation isn’t the primary goal of Borderlands 3. Rather, it tries to deliver a marginally more refined version of Borderlands 2.

The positive side to this is that you already know if this is for you. Did you enjoy previous Borderlands titles? If so, you’ll probably love this one too. The downside is that there’s very little new outside of the story itself. Even the new abilities of Borderlands 3’s vault hunters often overlap with previous games. For example, Zane’s Brain Freeze acts very similarly to Aurelia’s Cryo Freeze. A big change is that gun-specific abilities are largely gone. No more “20% damage with assault rifles.” This lets each class be more flexible than previous games.

However, not everything that changed from Borderlands 2 is good. Borderlands 3 likes to lockout core content until you progress through the story. Perhaps the best example of this is Guardian Ranks. Guardian Ranks give you modest stat boosts based on how many challenges you complete. Challenges are generally pretty straightforward like killing 1000 enemies with snipers. In Borderlands 2, this was accessible from the beginning of any new character. In Borderlands 3, you can only begin this once the main story has been finished.

It’s the same deal with artifacts. Artifacts are an accessory that gives miscellaneous bonuses like extra critical hit damage and increased experience. In Borderlands 2, you could get these at any time. In Borderlands 3, you have to acquire the Eridian Synchronizer to even equip them. Strangely, they actually started dropping for me at level 25, even though I couldn’t use them until around level 30. For reference, I finished the main story at level 35. Basically, artifacts and Guardian Ranks are only useful in True Vault Hunter Mode. 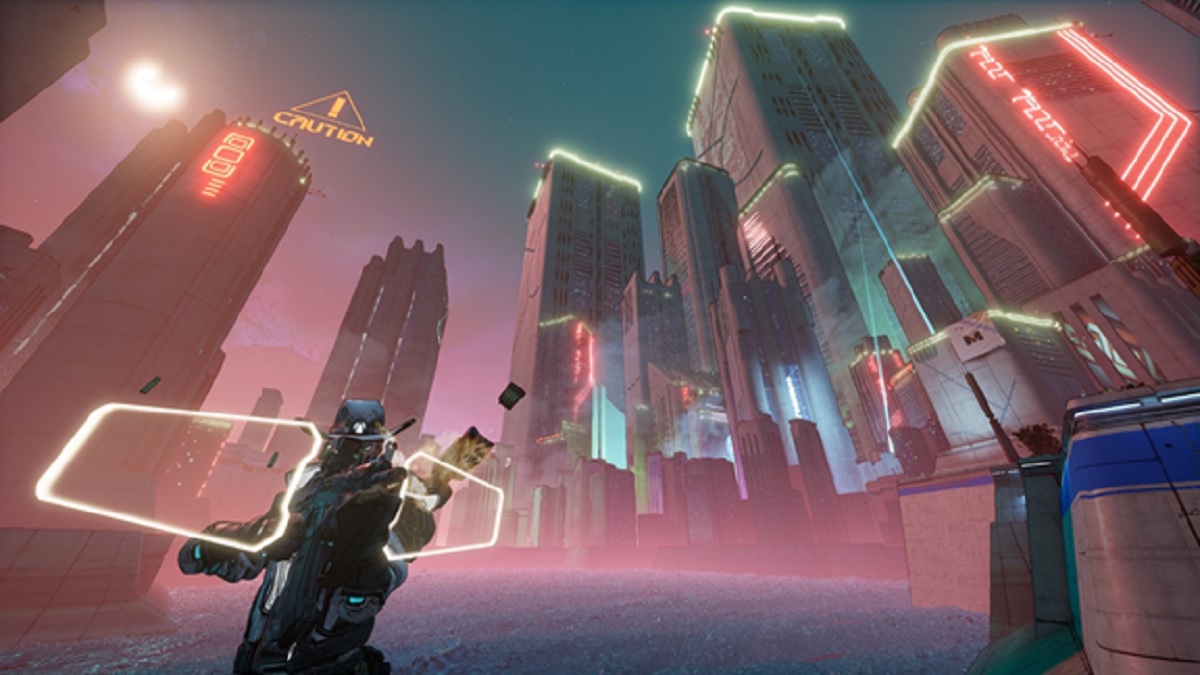 From what I gather, the console version of Borderlands 3 hasn’t been received too well. For starters, the local split-screen doesn’t work properly. Classic 2K Games. If it makes you console guys feel better, the PC versions are hardly perfect either. Sometimes the menus just don’t quite function as expected. The mouse doesn’t line up properly and you have to double or even triple-click to get a response. My friend who I played along with had an infuriating bug where his cursor would appear on screen, but he couldn’t look around. This took half an hour to fix.

In its current state, Borderlands 3 is still playable but it’s a closer call than I’d like. Certainly, a patch or two is going to be needed. On the bright side, Borderlands 3 suffered from very few framerate issues. On medium, 1080p I managed to sustain a comfortable 100 FPS. When I switched everything up to high it still sat at a solid 70 FPS. My friend, whose PC out-specs my own, managed 70 FPS on Ultra, 4K. Borderlands 3 is a taxing game and lower systems may struggle. This would likely explain the issues present on six-year-old consoles.

The trailers misled me into thinking Borderlands 3’s visuals weren’t all that. Make no mistake. This is a gorgeous video game. The cell-shaded art style has never looked this good before. Details on environments, texture quality, draw distance, anti-aliasing. It’s all interwoven into each other perfectly. Coming together in harmony to produce one of the best-looking games I’ve ever seen. Borderland’s visuals may be an acquired taste to some, but they strongly resonate with me. This looks like a game driven by passionate games artists. I love it. 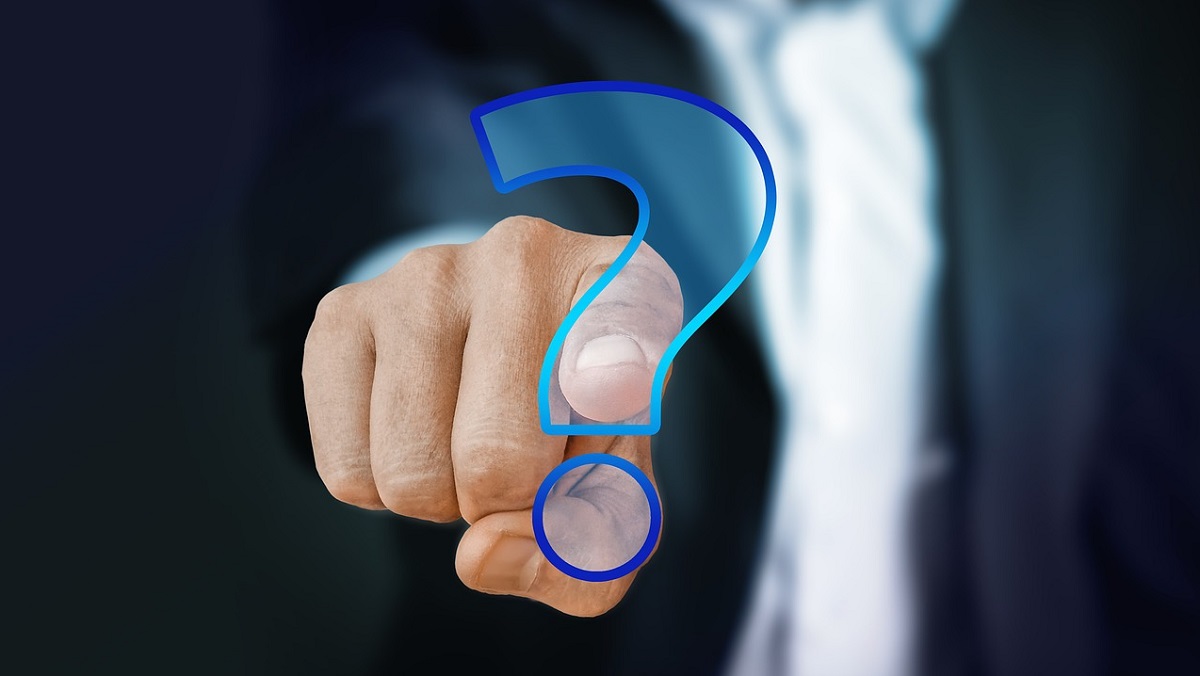 We will discuss issues in the Borderlands 3 review as well. It’s disappointing to see how buggy Borderlands 3 can be. I imagine some game-breaking exploits will be found sooner than later. Although, sadly, that’s not new for Borderlands. I’m also somewhat let down by the absence of many characters I’ve grown to love in the Borderlands universe. However, these flaws are minor in comparison to the overwhelming positives. Borderlands 3 is a spectacular co-op looter shooter that looks and plays better than anything else on the market. Give me some quality DLC and a few patches and this could very well be yet another gaming cult classic.

Follow us and get the latest news delivered to your timeline!
borderlandsBorderlands 2Borderlands 3
Previous ArticleLies and False Advertising in the Videogame IndustryNext ArticleRuneScape: A Brutal Fall From Grace