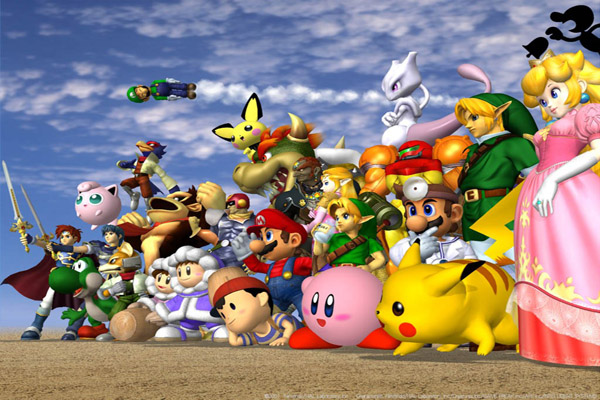 If you’ve been following this much ballyhooed brawler, you’ll know that it’s all getting a little mad around here. We haven’t been allowed to suckle at Sakurai’s sweet, sweet info-teats for very long, but certain snippets have been released. We’ve seen the yoga instructor from Wii Fit added to the roster, as well as the Animal Crossing Villager. Little Mac was more logical, but otherwise: just what’s going on here?

To celebrate such controversial decisions, let’s don our snarky hats –mine has purple frilly bits on, it’s rather handsome– and take a look at some truly terrible possibilities for more newcomers. 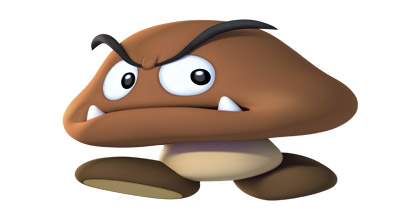 1. Goomba: Making this thing playable would be sucktacular for various reasons. First and foremost, the same one that keeps it from making an appearance in Mario Kart: it doesn’t have any darn arms. If it can’t turn a steering wheel, it certainly can’t punch faces in the face. Coupled with its tiny size and general ‘as threatening as a one-legged kitten with a limp’ looks, this would be hilarious. If only to see it leap onto other combatants and gnaw at them. 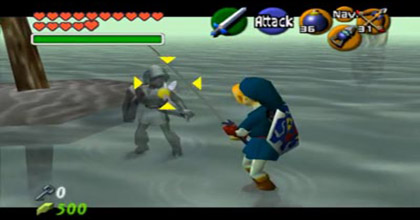 2. Dark Link: If we’re being pernickety, this guy already exists in Smash Bros. Brawl as one of Link’s alternate costume colours. But hell, what with the cloneiness of Young Link and Toon Link, let’s go nuts. This fine use of a character slot plays absolutely identically to regular Link, except his HYAAAHs, HUHs and YAAARGHs are much manlier and deeper. 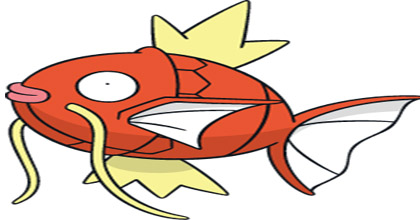 3. Magikarp: Many Smash fans are clamouring and/or foaming at the mouth for Mewtwo to return. This mutated death machine seemed a little underwhelming in Melee, but that does nothing to quash our enthusiasm. As one of Nintendo’s most prolific franchises, you can bet that a Pokémon or two will always be featured. So why not the most notoriously pitiful ‘mon of all? Its single attack, Splash, could distract a pointing-and-laughing opponent long enough for a teammate to beat on them. Meanwhile, a Final Smash could involve a transformation into Gyarados and a insta-death rampage that takes out every foe on screen. Even though, with no means of destroying the Smash Ball, it’d never get to use it. But such is the life of Magicrap. 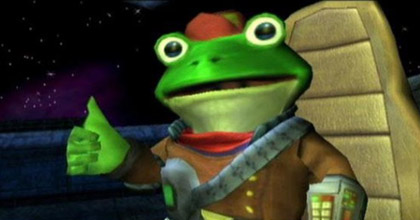 4. Slippy Toad: GAH! Not Slippy Toad! By this point, Smash Bros’ proclivity for clone characters is legendary. Ganondorf and Captain Falcon having the same darn special moves –with a fiery aura substituted for a purple-y ‘evil’ one– is, let’s be frank, fairly terrible. But then there are the assorted Links, or the worst offenders: the Starfox crew. Brawl brought us Wolf o’Donnell, and the third blaster/illusion user. But hell, as Grandma always said, “You can never have too many blasters and illusions.” So let’s get this dude in there too. This would also grant us the boon of allowing us to kick Slippy in the plums whenever we want. 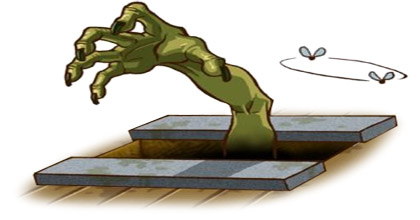 5. ‘Toilet Paper Hand’ (The Legend of Zelda: Majora’s Mask): While we’re being eccentric with our choices (Wii Fit Trainer? Wii Fit Trainer?), let’s try this one on for size. This freakish hand-dude from Majora’s Mask has no known official name. I like to think of this as a cameo appearance from the Addams Family’s It. In the N64 game, it lives in the inn, and will exchange the piece of heart it holds for some toilet paper. This, quite plainly, is the most important role in the history of Nintendo games, and so ‘Toilet Paper Hand’ demands inclusion in the upcoming Smash Bros. Just how it will fight is a mystery, but perhaps it could team up with Goomba. Thus solving both their problems. 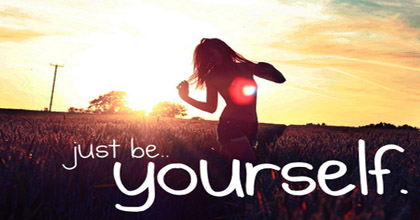 6. Yourself: Oh yes indeed. In the impossibly obscure ‘Famicom Detective Series,’ you played as yourself. It was tedious text adventure, and the only characteristics you could edit were your age and where you lived, but still. A character from the series, Ayumi Tachibana, surfaced in Smash Bros. Melee as a collectible trophy, so Nintendo haven’t quite forgotten about this weirdness. Still, this wouldn’t work in any possible way.