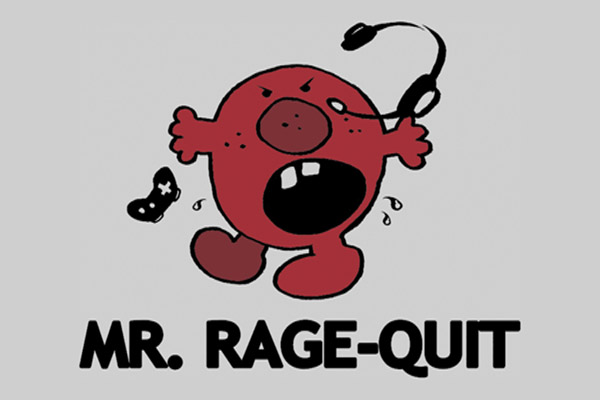 In the days of yore, things were different. Everybody wore steely codpieces (even the women), and lived in draught-tastic castles with questionable toilet arrangements. Most importantly, knights lived by the virtues of chivalry and valor and so forth.

This meant honorable, gentlemanly competition. This meant jousting and pre-arranged duels and other such goodly behaviour. Today, this spirit lives on a little in what we might call sportsmanship.

Essentially, when a football player kicks the ball out of play so an opponent can get medical attention (having been kicked in the face by a boot full of pointed studs of pointy pain, for instance), he is a knight. He is the knightliest knight since that dude Orlando Bloom played in Kingdom of Heaven. Y’know, the one with the crap beard.

Anywho, onwards to the point. If any of these righteous dudes saw the sorry state of today’s video games, they’d cry into their chainmail. Ragequits and hatemail and other such shenanigans are rife, and it’s really not so heroic at all. 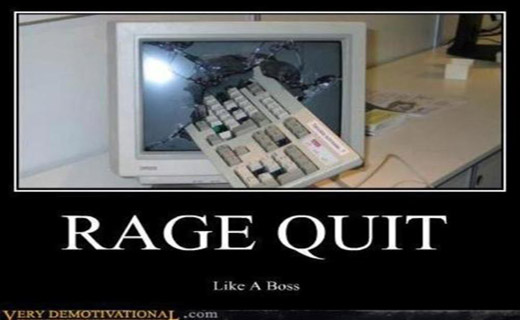 As we know, FPS titles are particularly notorious for this. Whether you play Call of Duty or not, you’ll be familiar with the old notion of griefing/whining/generally cussing kids. The famous Call of Duty twelve-year-olds, with their headsets and hormones and spittle-flying rage. Some of us have encountered these poor souls firsthand, while others simply hear of them and spread the cliché, like irritating survivors’ stories.

But it’s not just in the uber-competitive world of the FPS that we see such poor sportsmanship. Consider something as relatively harmless as Pokémon. In the Battlespot mode of the latest installments, X and Y, I’ve experienced the most ragequits of any game I’ve ever played. Battles ending with ‘connection to the other trainer was lost’ became the norm rather than the exception, which is really quite upsetting.

But that’s the way of the world. The anonymity of the Internet seems to excite many peoples’ be-a-cretin gland, but adding a simple loss in a video game to the mix? That’s a real recipe for disaster.

Follow us and get the latest news delivered to your timeline!
Previous ArticleFirst Image of Next Call Of Duty ReleasedNext ArticleSoul Calibur: Lost Swords Characters Guide: How to Unlock