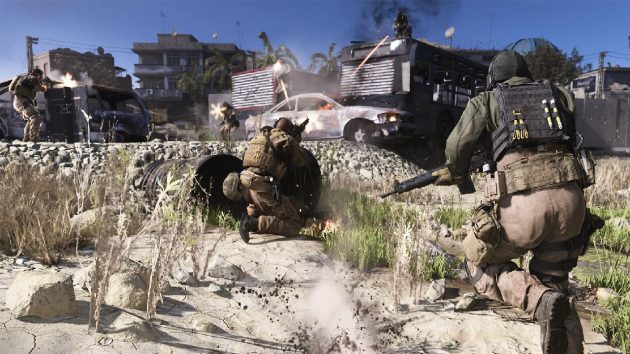 Just a few days ago, Infinity Ward announced Modern Warfare’s first seasonal content drop. With that announcement came a clear message to fans. They plan to bring back a range of classic Modern Warfare maps from years gone by. The already announced free additions of Vacant, Crash, and Shipment are nice, but there’s still plenty of options for later seasons. Here are my top five Infinity Ward maps that Modern Warfare needs most.

Contrary to many people’s thoughts, Call of Duty 4 didn’t have perfect maps. A lot of them were prone to spawn camping or overly easy flanking. However, it definitely still had some gems that Modern Warfare could benefit from. I think both Vacant and Crash were obvious choices but what’s next? In my opinion, Crossfire is a perfect fit.

One of Modern Warfare’s current problems is that maps aren’t well suited to multiple gun types. An open map like Piccadilly suits Rifles and Snipers whilst Hackney Yard heavily favours shotguns and SMGs. Many older Infinity Ward maps did a better job of accommodating multiple play styles and gun choices.

Crossfire is a great example of this. The open central lane is a powerhouse sightline for talented snipers. However, both edges of this narrow map give options for flankers to get behind the enemy team. Most buildings use multiple entry points making it difficult to camp them for extended periods of time. Not to forget that Crossfire’s bus is practically iconic at this point. You’d always find a pesky sniper or LMG user set up in there for some high-risk, high-reward plays. 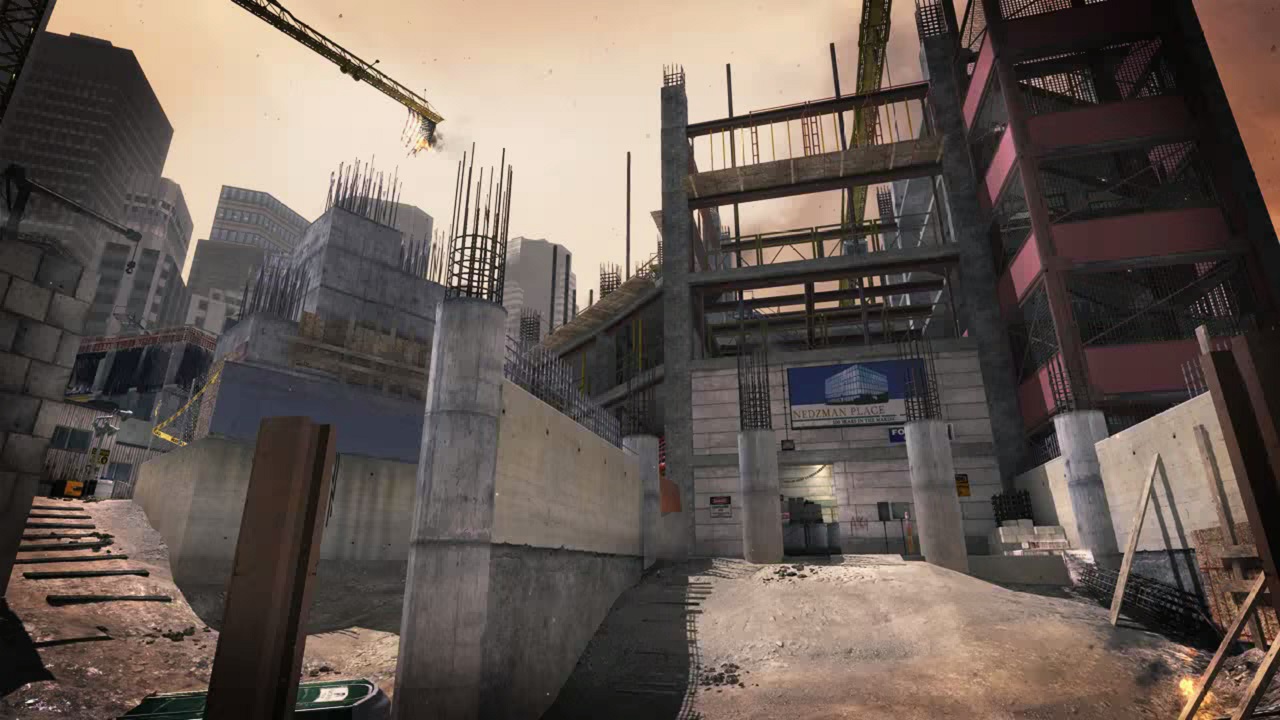 For me, Modern Warfare 3 is a pretty forgettable game. It played like a watered-down, inferior Modern Warfare 2. Despite this, it did still have a handful of notable maps that have survived the test of time. I initially considered Dome and Arkaden for this slot instead but eventually settled on Hardhat.

Hardhat is defined by its iconic map design encouraging fights for control over the center. This was Infinity Ward at their best. There are three primary entry routes including the legendary sniper’s tunnel. Players who fight hard to gain access to the middle are rewarded with great power positions. This meant strong sightlines coupled with the large quantity of nice cover, allowing good players to dominate.

Modern Warfare could benefit heavily from a map where the best positions are central rather than on the wings. Right now, many players camp the outer regions of maps in buildings with their claymores covering entrances. If you force players to fight over the middle of a map instead, gun mechanics and prediction become the defining factors of who gets to stay there.

I put Hardhat on this list as I felt it was an underappreciated good fit. Highrise can be considered it’s opposite. Everyone loves Highrise. Frankly, rightly so too. This map was born in the prime age of when Infinity Ward developed to have fun. Rather than worrying about the competitive viability of a map, they designed it to be fun to play.

As the name would suggest, Highrise features some pretty impressive high ground options. You can scale the rooftops of one side of the map or climb the crane to hit some crazy trick shots. Highrise’s highlight feature was how many options it gave you. You could rush underground to try and catch the opposing team off guard. There were powerful lanes both right and left, both featuring varying levels to make engagements less predictable.

None of that is why I think Highrise would be a good fit for Modern Warfare though. Modern Warfare has a problem where many of its maps allow for teams to sit back and camp in spawn. This is because Infinity Ward insisted on making it newbie-friendly. Perhaps the worst offender for this is Piccadilly. There are too few methods to push the enemy team without being picked off. This is where Highrise steps in.

Thanks to the massive amount of options given to the player, it’s very difficult to camp in spawn. There are simply too many ways for them to create an angle on you. The best way to succeed on this map is aggressive, high paced gameplay. That’s the exact kind of encouragement

I’m not sure if Infinity Ward will add this many more Call of Duty 4 maps. If we assume Crossfire makes the cut, four maps from one game is probably enough already. In saying that, if they were to add a fifth I believe Pipeline would be a good candidate.

Pipeline is unusual by older Call of Duty game’s standards. Whilst technically still three-lane, it was far more focused on verticality and high ground control than any other map. I think in the past this was considered a negative but for Modern Warfare it’s a natural fit. Many existing maps such as Aniyah Palace, Tavorsk District, and Rammaza already opt for a similar, if not as extreme design.

Despite these similarities, Pipeline does something better than all of them. The high ground may have been strong, but it also left users vulnerable. Being too aggressive would result in an enemy picking you off from range. I feel Modern Warfare’s maps lack this potential of counter play. Currently, high ground control is way too strong. If someone sets up in a building with an M4, they can often feel unkillable.

If that’s not a big enough argument, consider how Pipeline has never had its chance to shine since its debut. Advanced Warfare featured a remake called Atlas Gorge, but it just didn’t work out. Unfortunately, that game’s insanely high pacing did not translate well to Pipeline’s long, punishing sightlines. Obviously, Modern Warfare’s far slower-paced gameplay would be a better

Last but not least is Modern Warfare 2’s best multiplayer map. Rust is arguably Infinity Ward’s most iconic map ever, but that doesn’t mean it’s good. Sure, a tiny map like that will encourage more gunfights but we already have Shoot House and, the soon to be Shipment. Adding another tiny map seems unnecessary.

Skidrow’s best selling points happen to play the counterpart with Modern Warfare’s biggest flaw. This traditional three-lane map stands out from the crowd thanks to all the side rooms attached to each lane. It gets difficult to predict where enemies are going to be. Obviously, the downside to this is there are a fair few camping spots. However, consider that this also means it’s harder for campers to scout all possible flanking spots.

Honestly, how good a fit Skidrow is isn’t even my top priority. Instead, I just love the idea of bringing back a map with sightlines like this beauty. That central corridor is exactly the kind of thing Modern Warfare needs. It features both LMG and AR friendly long-range sightlines but also a plethora of flanking routes to cause problems. This is a great example of a map that was designed to make the community play smarter.

Right now, Modern Warfare is starved for this kind of map. Infinity Ward has effectively designed a game where slower-paced, low-skill playstyles are rewarded. By bringing back iconic, well-designed classics like Skidrow we might be able to shift back toward a faster-paced Call of Duty. At least that’s was I’m hoping for.

So, what do you think about these Infinity Ward Maps post? Please leave your comment in the comments box below.

Follow us and get the latest news delivered to your timeline!
Previous ArticleWhy the Mobile Game Industry Needs Intelligent Revenue Management?Next ArticleNew Fairy Tail RPG Could Be the Definitive Anime Video Game