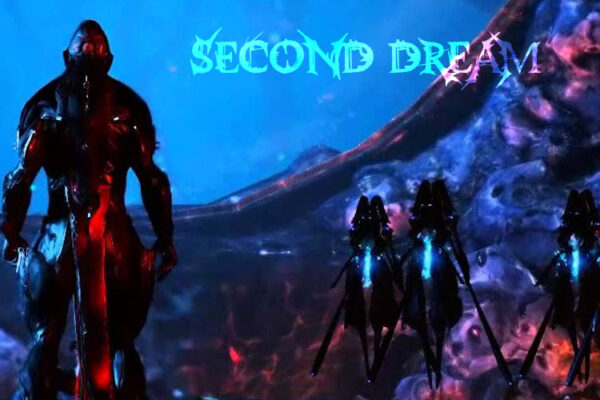 Most of the quest line is pretty self explanatory though there are a few places that are not exactly easy. Hopefully these tips will help you get through the main story quest of Second Dream. Beating this quest gives you more on the lore as well as new abilities in the form of a Focus lens. Access to the Orokin moon, Broken Sword weapon, Scar Sigil and finally the Shadow Stalker are the rest of the rewards for this quest.

When you battle the Shadow Stalker, try to stick to one method of taking down his health before he adapts to that damage type. He will adapt to percentages of his health lost up to a maximum of four adaptations(these occur at 25%, 45%, 65% and 80% of health respectively).

His abilities are telegraphed, especially his ranged. The added bonus of his ranged attacks is the fact they’re slow. Engaging him at a distance then covering/keeping distance is pretty handy. Though he will soon adapt and you’ll have to go in melee range. Be aware that his melee is powerful and will stagger you so try to evade, slide and dodge while attacking.

Keep at it and you’ll soon defeat him. He is a tough enemy so going in as a party of four does help.

By far the most annoying and hardest bit to the quest is the final part within the ship. You’re limited to moving quite slower than normal, and using an energy beam attack all while the Stalker is shooting red discs at you. The only good thing is no matter how much health you lose, you cannot go below 2 health. Dying is impossible in this part(and the part before it when you’re traveling to the Reservoir).

Since the discs flying at you is constant, dodging is painful. And you can’t continuously use the energy beam. You can however, destroy the discs with the energy beam. Target the disc and use the beam, just be quick to target the next oncoming disc or you will get hit.

When you get beyond the little hallway where you begin, move to the left or right of the ship. Now if you get hit with the disc you won’t be thrown too far back. All you need to go is get close enough for the Stalker to vanish for a few seconds while you attack the Somatic Link. You’re objective is to attack and fill it 3 times; you don’t actually have to beat the Stalker.

This is, by far, the hardest part in the entire quest line simply because you’re limited to moving slower and being unable to dodge that easily. Combine that with the onslaught of attacks and it’s rage inducing. When I realized I could hang out to the right after that little hallway, it made things easier as it was less distance to be punted if I got hit by the disc.

It might take you many tries, or it might be really easy for you, but hopefully these tips will help you get through. I do have to admit that this was one of my favorite quests because we get to learn so much more about the Tenno.

Did you enjoy this quest or was it one you could have done without? Got any other tips to help with those annoying parts? Let me know!