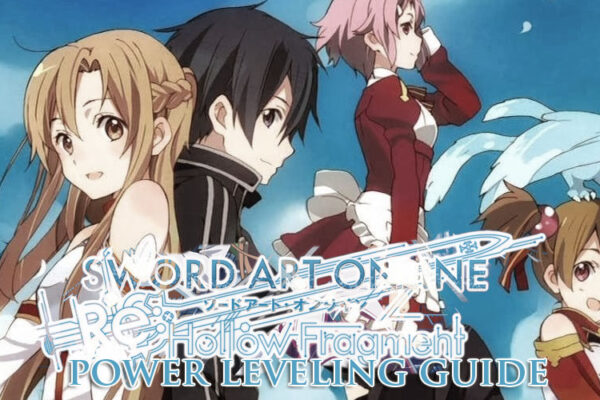 In this guide we will be going over the best way to level up and fast. The best thing about this is you can do this pretty much the moment you can access multiplayer. To help gain experience faster, it does help to have the Gain Experience battle skill and potions but when you’re just starting out, it really isn’t needed. So don’t panic if you don’t have the skill yet.

To get the Gain Experience skill, it’s in the 1H Sword Skills in the Searching category.

The Classified Zone
This method will be done via the multiplayer option from the main menu. Do not do this method in single player as if you’re incapacitated in single player, it’ll reload from the last save. In Multiplayer, you’ll be taken back to the communications room if you happen to be KO’ed.

To start off with, I strongly recommend bringing along several veil potions. These will render you immune from being seen by enemies, no matter their level. Good for when you’re done but have more enemies to run through to get to the teleport stone. Veil potions cost $800,000 Col apiece.

Go to Multiplayer and select Play Solo. It doesn’t matter what mission you pick since we’re not actually doing missions.

The difficulty is what will determine levels. If you’re low level, pick Normal. If high, then pick Hard. I was level 135 so I had to pick Hard for enemies to be higher level than me. Do be warned that the monsters will increase in level the further you go in the classified zone.

Now, you can either go solo here or select a party of NPC characters. Head into the console room and look right – the purple symbol is where you want to be in. Get in and teleport to the classified zone. The enemies will be higher level and their names should be in red. To get the most experience, you need to be fighting enemies between 15-20 levels above your current level. If you are low level, I don’t recommend going solo. Bring some NPC’s or go online and party up with other players.

Most of the enemies should yield 4050 experience points. Some yield a smaller amount, some higher but 4050 is generally the most you’ll get. If you’re entire party is at a similar level, it’s going to go by a lot quicker than if some are lower. For example, Asuna and I were level 135 but the others that I brought along were only level 99. So it did go a bit slower because they were often missing, leaving Asuna and I to do most of the work.

You can also go online with other players and do this method, just make sure to note in the comments that it’s leveling via the classified zone. The good thing about partying up with other players is if you get incapacitated, you won’t be taken back to the communication area unless all members are KO’ed. So it gives a bit of wiggle room.

Going online also allows you to safely gather some of them and use AOE skills without too much fear of being taken out, thus making the process go by more quickly. You can do this offline but it’s more risky. It’s okay to take on one or two enemies at a time. If you’re burning through the enemy health then you can round up a few more. If it’s taking a while to whittle their health down, stick to a couple. No sense in getting overwhelmed and destroyed.

In addition to getting experience points, you will be getting items from the various treasure chests. Crafting items, potions, even weapons can be gotten from these chests which makes it incredibly worthwhile.

The equipment you will need are items that boost defense as well as accuracy as, depending on level, you might find you’re missing with attacks, especially early on. When you start increasing in level you can use items that boost attack. So you don’t need to have the best gear or the most rare items in order to do this.

Also, fun fact. If you get over level 200 you will unlock a trophy titled: That’s What Makes MMOs that Use a Level System So Unfair.

Good luck and have fun! And as always, if there is anything you’d like to see, let me know in the comments below!