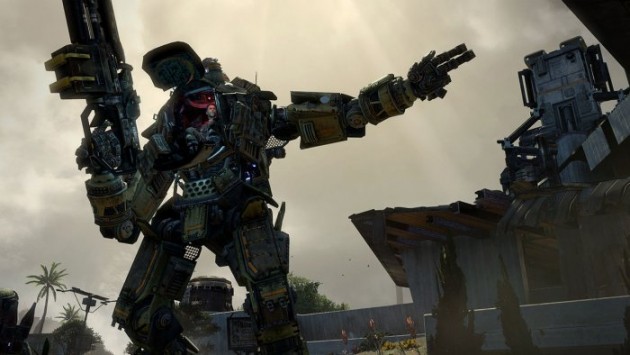 For a game titled “Titan FALL,” you would expect it to be very easy to kill a titan in the game. However, it’s actually a real challenge to do so and I guess that a guide on how to easily take out a titan in Titanfall would come in handy. So leave the game for a few seconds and check out all the details on how to easily kill titans in Titanfall.

I guess that it’s pretty obvious that one of the easiest way to take out a Titan in Titanfall is by pitching it against another titan to even things out. When controlling a titan and fighting against one, it’s crucial to try and use the Vortex Shield to its maximum. This shield allows you to block enemy shots, and also fire them back, basically giving a new meaning to “killing a titan with its own weapon”.

Of course, you won’t always get a chance to pilot a Titan and fight one-on-one with another Titan. That’s where teamwork comes into play as the second best way to easily take out a titan. The basic rule here is to stick together and make sure that you’ve got the back of your teammates covered. There’s (almost) nothing big enough to stop a skilled squad that works as a whole.

Well, sometimes it’s enough to get your little guy, hide him in the shadows and perform a decisive move on an unsuspecting titan. This strategy usually works when you’re already piloting a Titan – get out and let it fight on its own, drawing in enemy fire and keeping the heat away from you. Quickly sneak at the back of the enemy titan, climb up and go for a Rodeo Kill. It’s not a practice that works every time as the opposing pilot can get out and shoot you or activate the Titan’s counter-measures, but if it does work, it’s an easy and satisfying job.

Yup, you can really pull off some wonders if you time your call right: simply call your titan when there are multiple enemies around – titans included – and when it drops, it will sure send everything around into the bowels of the earth. Give this a try. It’s really fun to watch, especially if you manage to pull it off.

So these would be our tips on how to kill a titan in Titanfall. Do you have other strategies that work like a charm? Let us know by commenting below.

Follow us and get the latest news delivered to your timeline!
Previous ArticleTitanfall “No Servers Found” Bug Fix in the WorksNext ArticleTitanfall Guide: What’s the Best Pilot/Titan Combination for You?