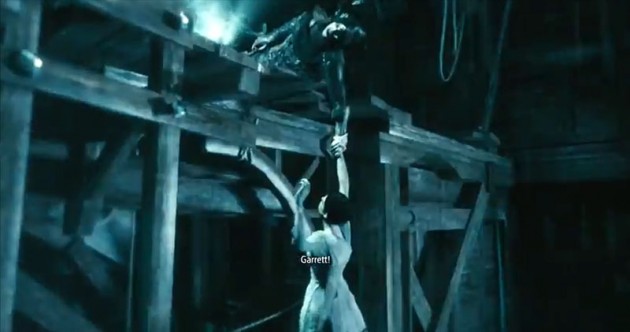 Square Enix’s Thief features only two bosses during the whole game but they can be tricky, in many ways. The final boss is Erin in a primal state, she is possessed by the primal essence and she will do anything to stop you from recovering the primal fragments in the last chapter, The Dawn’s Light. This boss is easier than it seems, all you have to do is recover the three crystals and dodge Erin’s attacks. Learn the main tactics and strategy to defeat Primal Erin.

To accomplish this boss fight you don’t need to use any skills or weapons. On the other hand, you’ll need to adopt a strict stealth posture. The three fragments are dispersed across the room and you’ll need to move a lot in order to get them all. If you move clockwise, you can recover one by one without any confusion or mistake. Start by going left when the mission starts and you’ll immediately see the first fragment floating int he air. Move a bit towards northeast and the crystal is yours. To get the second crystal, you’ll need to keep heading northeast -run straight forward from the first fragment’s location, then a bit to the right and you can’t possibly miss it. The third fragment is in the lower level, from your current position you just have to move forward a bit and drop down. When you reach the lower level rotate your camera and you’ll find the last fragment floating just behind you.

Finding the three fragments is not the hardest task during this boss fight for sure. Primal Erin will systematically cast primal blasts of energy that will damage or even kill you if you don’t take cover. Whenever she prepares an attack you should immediately hide behind any environmental object such as crates and pillars. Note that a direct impact will inflict huge amounts of damage upon Garrett.

When you pick up the second fragment, Erin will get in a furious state and she’ll summon numerous clones. These mini Erins aren’t as strong as the original one but you surely want to avoid them.

If your health gets below half, then you should eat food and restore it as soon as possible. If by any chance Erin manages to directly hit you, the most probable result is that Garrett won’t survive.

This mission is not timed and you can take any other pick order you wish, however this is probably the most simple and efficient tactic to defeat Primal Erin.

Follow us and get the latest news delivered to your timeline!
Thief 2014Thief 2014 Last Boss FightThief 2014 Primal Erin
Previous ArticleHow to Beat Flexile Sentry in Dark Souls 2Next ArticleThief: What Happened to Erin?