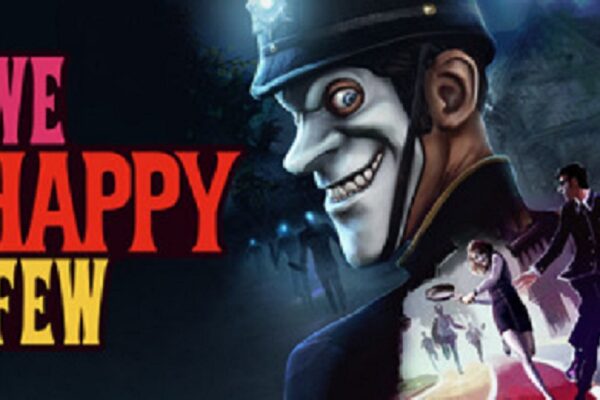 Possibly the most bizarre and intriguing IP to come out in the last few years, We Happy Few, has been successfully funded on Kickstarter with a meager 4 days remaining.

We Happy Few comes from Compulsion Games, creator of the lovely and often forgotten Contrast, and it is looking mighty fine.

Here is the announcement trailer for anyone who doesn’t know what this hilariously morbid new game is about.

And if for some reason you aren’t sold, here is a rundown of what the game is, ripped right from their Kickstarter.

We Happy Few is the tale of a plucky bunch of slightly terrible people trying to escape from a lifetime of cheerful delusion. Set in a drug-fuelled, retro-futuristic city in an alternative history 1964 England, you’ll have to blend in with its other citizens, who don’t take kindly to people who don’t abide by their not-so-normal rules.

It’s a first-person game, set in a procedurally generated, fully 3D city that you must escape before society collapses around you. But, like any good roguelike, you’re probably going to die a few times before you figure out how it all works.

You will need to learn how to conform and avoid suspicion. You will need to hunt for supplies, and craft the devices and weapons that enable you to make it out of town alive. What do the Wellies approve of you doing? What makes them suspicious? What turns them into a homicidal mob? And is there anyone here who can help you?

While I’ve not put a lot of time into Contrast, I’ve been following We Happy Few since its reveal some time ago and I was beginning to worry when I noticed the clock ticking on the Kickstarter, seeing it at a time, tens of thousands of dollars shy of it’s funding goal. Thankfully we needn’t worry any longer.

Is anyone else as excited as I am for this? Let us know in the comments box below!