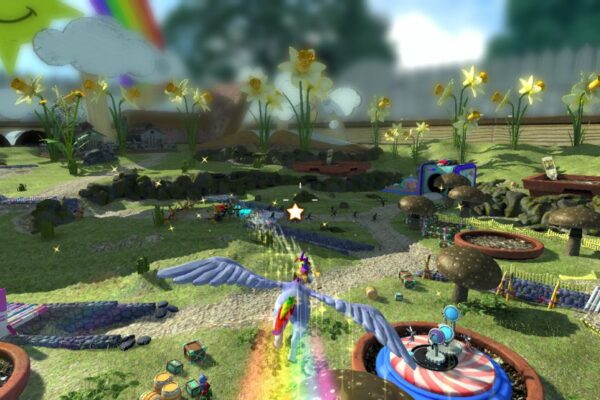 The highly anticipated third instalment of the Toy Soldiers franchise is set for release in the US on August 11th with a UK date still to be announced.

This instalment of the action shooter/tower defence hybrid will now feature multiple armies ranging from the awesome to the bizarre. Unlike the previous games focussing on a particular battle period War Chest will bring gamers back to a simpler more nostalgic time of grabbing every toy you had and making them battle!

Toy Soldiers: War Chest will launch with a digital and physical copy of the game. The digital edition  will include the four unlicensed armies which are confirmed as; Phantom and her Ghost Company of the future, the Black Dragon army helmed by the villainous Dark Lord, Kaiser the leader of the WW1-era German Empire Forces and the Star Power Army, full of adorable yet ferocious teddy bears.

The physical release, the Hall of Fame Edition, will include all of the unlicensed armies as well as four licensed ones. These are; Ezio and his Assassins’ Creed brotherhood, He-Man and the Eternian warriors, G.I. Joe lead by Duke and his nemesis Cobra Commander and his army.  These armies will be available as separate DLC for anyone who purchased the digital copy.

Toy Soldiers: War Chest could not come soon enough and it fills a gap in the market. With a large number of releases focusing on gritty realism and online play War Chest will feature split-screen co-op and some light hearted fun.  To see some of these armies battle it out check out this gameplay video below:

Are you looking forward to the next Toy Soldiers game? Are there enough couch co-op games for the latest generation? Let me know in the comments below.