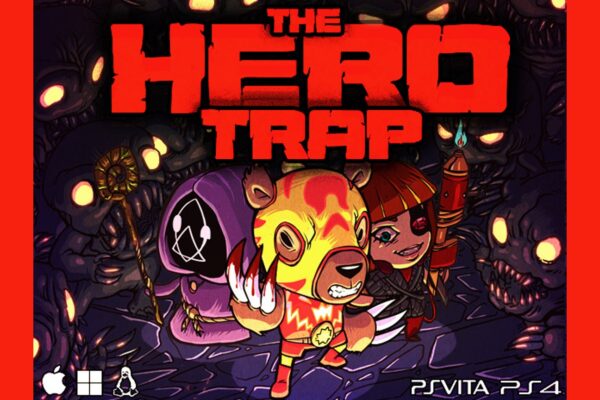 Despite reaching its Kickstarter funding goal, SMASHWORX’s Gauntlet-inspired rougelike game, The Hero Trap, will not be seeing released and has had development cancelled.  This is the result of the developer intentionally asking for less than with its funding goal than would actually be required to develop the game.  SMASHWORX released a statement regarding the cancellation, but has set it so that only backers can view it.  However, some have already transcribed the announcement and you can read the contents of the postmortem here (if any of the backers of the project can confirm or deny that this transcription is completely accurate, please let us know).

According to the transcription, SMASHWORX undershot their goal in the hopes that they would either make their project appear more enticing to backers and garner the actual funds they needed through stretch goals or, failing that, could use what they did raise to entice a publisher into covering the remainder of the costs.  Neither of those ideas came to fruition, and so the entire project was scraped.  SMASHWORX has promised that it will refund all of its backers, but they’ll have to do so without assistance from Kickstarter as the campaign is no longer their concern and there are plenty of potential problems that can occur as a result of that.

Undershooting crowdfunding campaigns has been a serious problem with the practice for some time.  SMASHWORX has certainly shot its own reputation in the foot with this fiasco and will have an uphill battle with any future projects they might pursue.  Not only that, undershooting in general makes crowdfunding more difficult for studios that are actually honest with their projections.  It makes their projects appear cheaper than they actually are and warp peoples perceptions on how much studios should expect for their base funding goal.  Compare The Hero Trap‘s $25,000 goal to Lab Zero’s $150,000 campaign simply to add a single new character to their already-completed game, Skullgirls.  When the specific costs of creating a character for a fighting are broken down, Lab Zero’s goal is perfectly reasonable, but just taking a casual glance at those two numbers paints a very unrealistic picture in someone’s head.

What are your thoughts on the cancellation of The Hero Trap and the practice of undershooting?  What other caveats of crowdfunding do you think deserve attention?  Leave a comment below and let us know what you think.